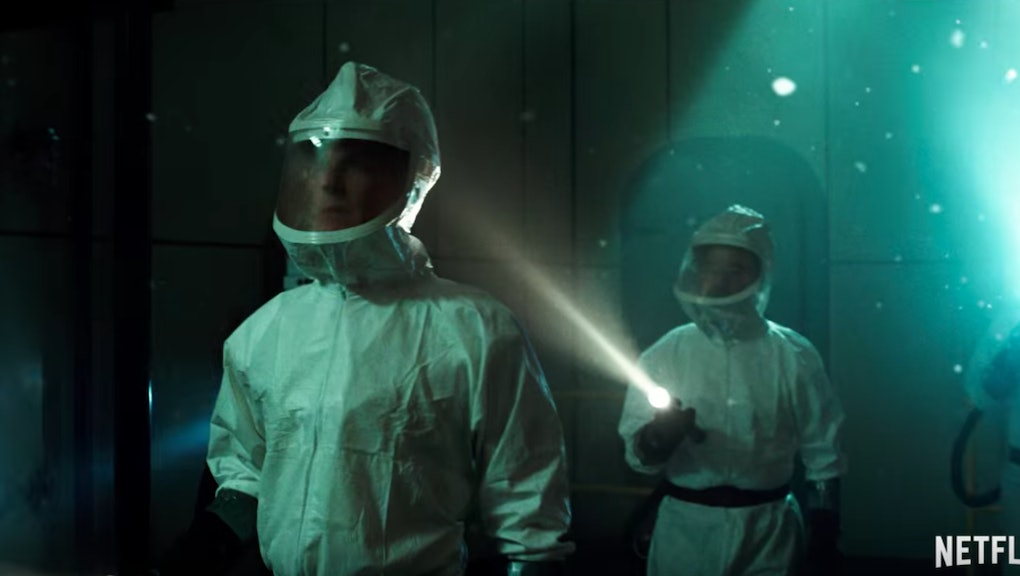 A binge-watch of Netflix's Stranger Things might elicit paranoia in some American viewers, as the Department of Energy certainly isn't portrayed in a positive light. With illegal kidnapping, experimentation and creating rifts with parallel universes, the show's DOE has a lot of explaining to do. Back in August, the real DOE spoke up for their show's counterpart, reassuring viewers in a blog post that the show's rooted in fiction and they aren't actually evil. Or is that just what they want us to believe?

Washington Free Beacon reporter Lachlan Markey recently filed a Freedom of Information Act request to the DOE for their internal correspondence related to Stranger Things. What he got in return — as he shared on Twitter — was a bit more than he anticipated.

Markay later shared the documents — 163 Stranger Things-related pages! — on Free Beacon, and there's a lot of mostly innocuous, and oft-hilarious tidbits from the DOE employees. Most of all, they don't want to show to be spoiled for them — though one staffer noted it's a "sinister (yet awesome) portrayal" of the government sector.

However, there were a couple of correspondence that give pause. One — which Markay also tweeted about — suggests that the DOE cannot truly claim that they haven't done any human experimentation. What's more, the email in question, from DOE speechwriter John Larue, is heavily redacted.

Another, from American Association for the Advancement of Science Congressional Science Fellow Rachel Carr, candidly talks about how there are many "DOE-supported projects" that explore the possibility and theories of extra dimensions and parallel universes. In other words, Stranger Things' fictitious Hawkins Lab isn't that much stranger than fiction.

The DOE eventually addressed Markay's Twitter storm with a stinging callback to the show's unfortunate victim of the Upside Down's terrifying monster: Nancy's best friend, Barb. They, too, apparently want #JusticeForBarb. (Or they're trying to distract us from the truth!)

You can check out the documents, and all the DOE employee geek-outs, from Markey's FOIA request here.