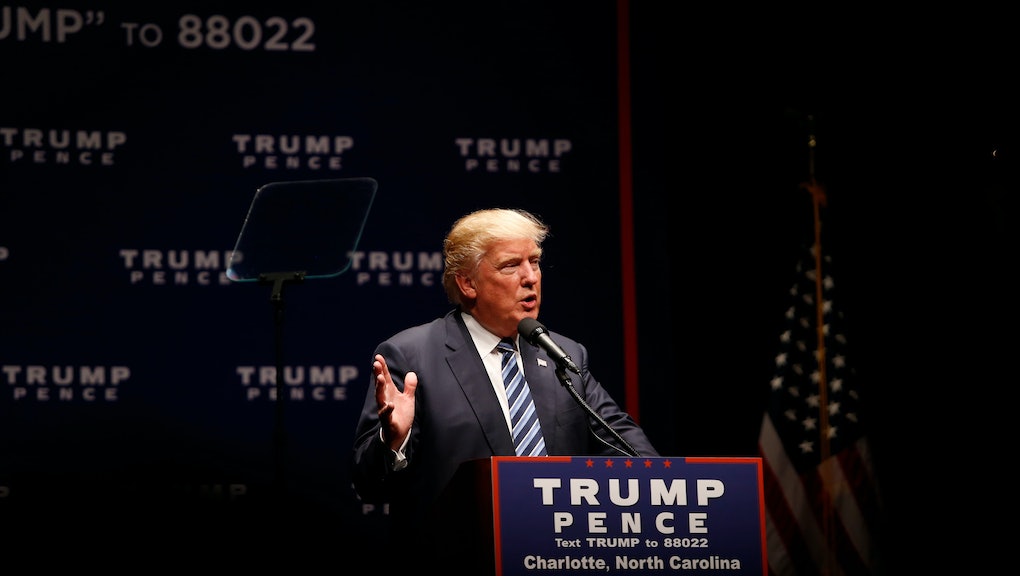 Republican presidential nominee Donald Trump, already having weathered innumerable controversies throughout his campaign for the nation's highest office, now stands accused of standing idly by as his father rejected a black rental applicant with a racial slur.

"Mr. Trump and his son Donald came into the office," Leibowitz told NBC. "I asked what I should do with this application because she's calling constantly and his response to me was, 'You know I don't rent to the N-word. Put it in a drawer and forget about it.'"

"Donald Trump was right alongside his father when I was instructed to do that," Leibowitz added.

Fortt was among those named in a Department of Justice racial discrimination suit against Fred Trump in 1973. The suit was eventually ended when the Trumps signed a consent decree two years later that did not admit guilt.

As part of the settlement, Fortt took an apartment in a Trump building.

In September 2015, the website BoingBoing discovered an archived New York Times article showing Fred Trump was arrested at a Ku Klux Klan rally in Jamaica, Queens, in 1927 alongside several members of the hate group. However, searches of other historical sources did not specifically name the elder Trump as a member of the Klan, and it is possible he was arrested as a bystander to the rally. Trump was discharged without facing prosecution.

When Mic reporters went to the New York City archives in search of police or court records regarding Trump's case, they were told Queens documents from that time period were among the few that had disappeared from government records.