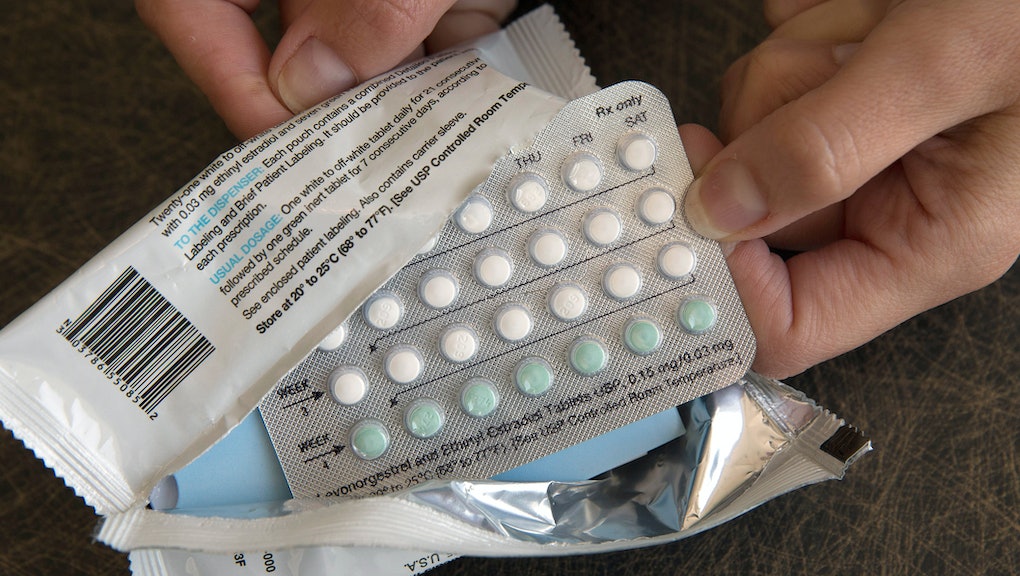 As Trump grabs for our reproductive rights, the "Uber for birth control" fights back

In two months, Donald Trump and Mike Pence — a man whose legacy includes attempts to take down Planned Parenthood and redefine rape — will become the country's most powerful representatives of women's health.

Their imminent power over women's bodies has prompted some to stock up on Plan B and get an IUD before the inauguration, afraid of reduced access to contraception if Trump repeals the Affordable Care Act, as he's promised to.

Women are right to be concerned — there's a lot at stake. Losing Obamacare could mean no more free IUDs and even less access to affordable birth control. Millions will lack the resources to prevent pregnancy and STDs.

But there may be a solution for accessible reproductive health care in the Trump era: an app.

A company called Nurx provides birth control prescriptions, emergency contraception and HIV-prevention drugs. It's been called the Uber for birth control, as it delivers on-demand care through the postal system. It offers two-day delivery, it's free with insurance and as low as $15 per month without it. This ease of access and affordability is especially critical in areas where Planned Parenthoods aren't accessible, where sex education is dismal and where doctors and guardians may shame women into believing that birth control is a sign of unacceptable sexual promiscuity.

If Nurx succeeds in making access to birth control as easy as hailing a car, it's a sign that an emerging industry of health-care apps could become a beacon of hope in Trump's America.

Telemedicine could be the future of women's health.

Nurx's interface is simple: You choose a contraceptive plan, answer a few personal and medical questions, enter your insurance information or pay without, and Nurx will deliver up to three months of your prescription.

It's part of one of many new services that bring health care to your door. The new industry is called telemedicine, and it includes apps like Sherpaa, Teladoc and Azivia.

Nurx has $5.3 million in new funding and ambitious plans to expand nationwide. Nurx will be imminently launching in Pennsylvania, Ohio and Missouri — all red states. On the blue-state side, they will be launching "soon" in Virginia and Illinois. A little after that, Florida.

Similar services, like Maven and Lemonaid, let women bypass a doctor's visit and offer them an affordable and accessible pathway to contraception. Will they survive a Trump administration?

Nurx's founders fear for women's safety under Trump — but they're confident their service won't be jeopardized.

A Trump administration could empower individuals to shame women into behaving as they see morally fit — and those individuals include doctors, according to Nurx CEO Hans Gangeskar.

"I think the most relevant aspect there is actually the move in the public sentiment that you get when someone like him as misogynistic and just nasty and mean to women leads the tone on big swathes of public debate," said Gangeskar, referring to Trump. "That sentiment is reflected in other parts of the population and people feel empowered to reflect that sentiment in their lives. We get users coming to us, we get young women coming to us saying, I talked to my doctor about birth control and my doctor said I shouldn't be having sex."

In the event that a Trump administration repeals the ACA, Nurx's users who get free birth control with insurance would be affected. But where Nurx is immune to the repeal is in its affordable options without insurance, and its ability to bypass logistical obstacles. Contraception could still be delivered to your doorstep.

Since the service isn't subject to regulatory approval, Nurx just needs to make sure it complies with the rules within each state. It also needs to recruit providers and pharmacies that comply with those laws.

Nurx sent Mic some of the emails it received from women. The letters mark a lack of easy access to birth control and a lack of proper sexual education.

"I was hoping for some information regarding sexual health and birth control," a woman from Indiana, Mike Pence's home state, emailed Nurx.

I feel like I don't know nearly enough about my body and taking care of it as I should. I went to a Catholic high school and my parents are fairly religious so I know what they have to say on the topic of sex and contraception. However, I do not hold the same beliefs and want to know more concerning sexual health and care. I don't really know what specific questions I should be asking yet and hope you can help. I have just become sexually active and am considering birth control to prevent pregnancy. I've never been on birth control pills before and am concerned about the side effects.

"Sick and tired of this government trying to shut down clinics that educate and inform women on their options for contraceptives," a woman who currently uses the app in California wrote.

The same people who are against these clinics are the ones who complain about people living off the government and have [millions] of babies. you can't win in America. This is a step in the right direction, not everyone has the time or the finical help to go a doctor for something as simple as birth control. We are in 2016, I shouldn't have to wait three hours and get a prescription every three months for MY BIRTH CONTROL.

"Hi unfortunately I signed up only to find that you guys do not help women in Florida... so the search continues," a woman in Florida emailed Nurx.

I am currently seeing my local health department here and over the past couple of months each time I go in there I get treated worse and worse, to the point that I break down into tears now just walking up to the building... one doctor there told me to stop spreading my legs to every dick that comes near me... I am not like that. I believe in monogamous relationships but wish to be on birth control for the regularity aspects and to not have an unplanned pregnancy. I hope soon that you guys will help women in Florida.

"PLEASE FOR THE LOVE OF GOD HELP THESE GIRLS IN THE BIBLE BELT!" a woman in Arkansas wrote.

Had a friend who would have such terrible cycles that she would miss school but was told if she was saving herself for marriage she should see the OBGYN after she got married. Took her myself to a clinic only to find out she has cysts and is pretty much infertile because they didn't find it sooner. She's on BC now thank goodness. Places like Arkansas could really benefit from this type of service.

"This is amazing, but I live in the South so I'm still screwed," a woman in Mississippi wrote. "Still an amazing idea and I thank you for all the ones you've helped so far."

I can't wait until your service is available in Texas so that I can utilize it! I think it's just crazy that we can't purchase birth control over the counter, or at least be able to get a one-year prescription at a time, instead of me having to go to the doctor every three months for a prescription. The doctors I have spoken to here in Texas say that they cannot write me a three-month prescription.

As is clear in the aforementioned messages, women are already struggling to get their hands on birth control without feeling shamed or disadvantaged.

"When the public debate is where it is, I think people on an individual level feel more empowered to behave like that toward their patients that they have duties to," Gangeskar said. "That kind of nastiness and that kind of misogyny and overbearingness can grow in the kind of public environment that Mr. Trump has created."

A Trump administration will undoubtedly make the battle for easy access to birth control an uphill one, but as is evident in Nurx's unyielding push into even the most conservative states, it's not an impossible one.