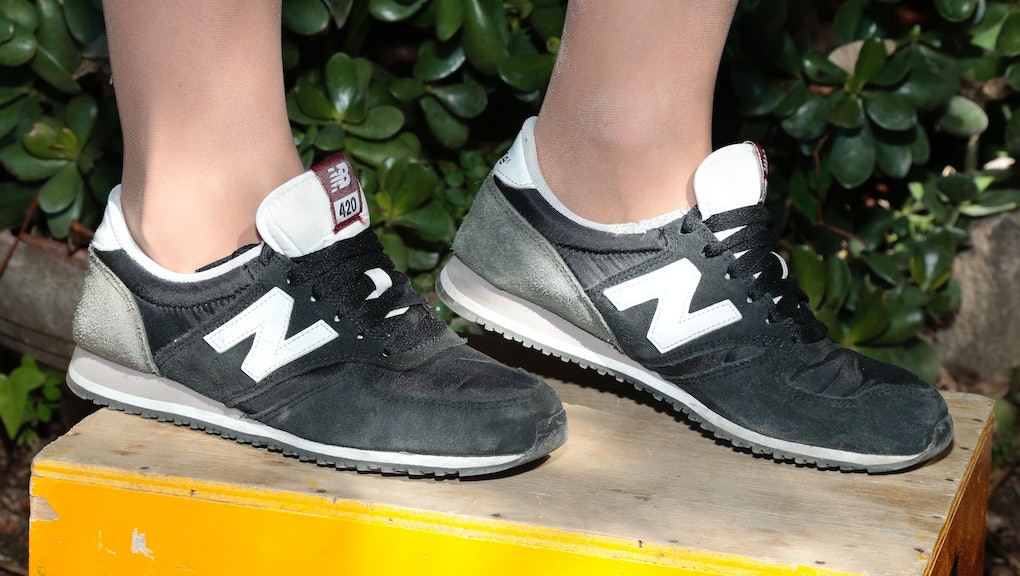 It has been exactly one week since a senior official at the sneaker brand New Balance was quoted saying something positive and hopeful about a Trump presidency.

"The Obama administration turned a deaf ear to us and frankly, with President-elect Trump, we feel things are going to move in the right direction," Matthew LeBretton, New Balance's vice president of public affairs, told the Wall Street Journal.

In truth, LeBretton was remarking solely on his hope for Trump's trade policies, particularly his stance on the Trans-Pacific Partnership, an initiative that President Barack Obama led and Trump opposes. But that didn't stop people from wanting to boycott the brand, with some going as far as to tweet out images of them throwing their New Balance sneakers in the trash or setting them on fire.

However, not everyone is mad. In fact, one group of people seems to be pretty jazzed about New Balance's support of Trump. The group we're talking about here is neo-Nazis, who are now calling New Balance sneakers the "official shoes of white people."

In an article written by Andrew Anglin for the Daily Stormer, which the Washington Post pointed out "promotes an anti-Semitic, white supremacist agenda," Anglin claims that New Balance shoes are now part of the white person's uniform.

"I'm a Nike guy. Or rather, I was," Anglin wrote. "It's time to get on-board with New Balance now. Their brave act has just made them the official brand of the Trump Revolution."

Anglin also seems convinced that New Balance's statement on Nov. 10, which tried to assure its customers that its support of Trump's stance on the Trans-Pacific Partnership did not mean that it also supports his more controversial ideas, was actually "a gesture to support white people and to support U.S. manufacturing."

"This will be fantastic," Anglin wrote. "We will be able to recognize one another by our sportswear. If it's about time for you to get a new pair of shoes — or if you've got disposable income to spend on extra shoes — go buy a pair or two now."

Anglin's article was published Nov. 12. On Nov. 14, New Balance tweeted out another statement, again insisting that the company is not pro-Trump.

"New Balance does not tolerate bigotry or hate in any form," the statement read. "One of our officials was recently asked to comment on a trade policy that was taken out of context. As a 110-year-old company with five factories in the U.S. and thousands of employees worldwide from all races, genders, cultures and sexual orientations, New Balance is a values-driven organization and culture that believes in humanity, integrity, community and mutual respect for people around the world."

In an email from New Balance to Mic, a representative continued: "As the only major company that still makes athletic shoes in the United States, New Balance has a unique perspective on trade in that we want to make more shoes in the United States, not less. New Balance publicly supported the trade positions of Hillary Clinton, Bernie Sanders and Donald Trump prior to Election Day that focused on American manufacturing job creation and we continue to support them today."

The company did not, however, respond to our inquiry about the shoe being proclaimed "the official shoe of white people." Though it might be choosing to ignore the controversy in the hope of not ruffling feathers on either side, fans of the brand on Twitter still can't shake its stance — and its association with Anglin's racist rhetoric.