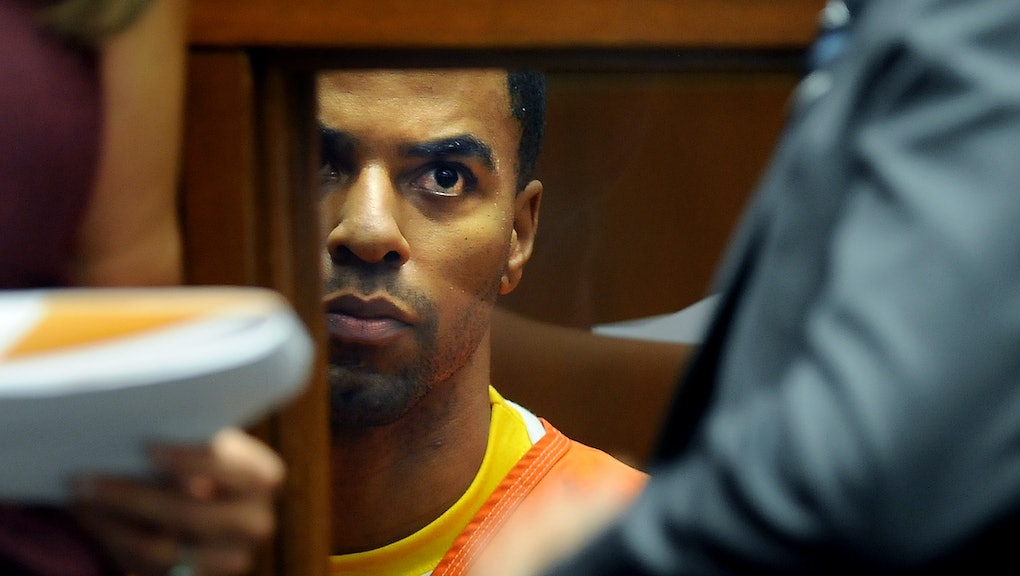 At Darren Sharper's rape sentencing, the most powerful moment was not his punishment

Darren Sharper, former NFL star and now a convicted rapist, will serve 20 years in prison for crimes against at least nine women. As heinous and brazen as his crimes may have been, he is not an exception to how the NFL and, by extension, the country deals with rape. He is the rule — based on the conversation that's swirled around him instead of his victims.

Sharper's conviction matters not just because of his crimes, but because of the public platform that he used to commit them. He spent more than a dozen years as one of the league's premiere defensive players, finally winning a Super Bowl with New Orleans in 2010. He retired soon after and became an analyst on the NFL Network. That same year, he contributed to a book that sought to speak out about violence against women.

"Money cannot buy the women we love everyday security, which men take for granted," Sharper wrote. "So, it's going to take strong, accountable men to educate young boys and influence other men to deal with women respectfully, honorably and fairly at all times."

He proved to be neither strong nor accountable. In 2011, two women reported the first of which would be several cases of sexual assault committed by Sharper, CBS News reported. He'd fly into different cities — New Orleans, Miami, Los Angeles, Las Vegas — use his celebrity to lure women into his sphere, invite them back to his hotel room, and then drug and rape them.

In total, up to 16 victims came forward, according to a judge's pre-sentencing report. The breadth of Sharper's crimes may be shocking, but sexual assault and football have become inseparable in recent years. Across the country, a movement has sprung up — particularly on college campuses — to speak out against sexual violence. And while there's certainly no direct correlation between playing football and committing sexual assault, that connection is nonetheless easy to draw given the high profile that football players enjoy. They've become symbols of the sexual assault epidemic that plagues not just college campuses, but bars and bedrooms across this country.

At its center is a discussion about accountability in the U.S. So far, the discussion about Sharper's crimes has focused mainly on him — how could he throw away such a promising career? What snapped? How did the people around him, including the police, miss it? And if they knew, why didn't they stop him?

The story, despite his victims, was always about him.

Tuesday's sentencing was a model in accountability, not just because a long prison sentence was handed out, but because his victims finally got to speak. Here's a statement from one, who addressed the court — and Sharper:

"I can only imagine myself lying there like a vegetable while he took advantage of my body without my permission," one of the victims said in a downtown Los Angeles courtroom on Tuesday. "I have lost every bit of self confidence I've ever had and am always in fear while alone. It doesn't matter whether it's day or night, I can see a guy and automatically in my head think, 'What if this guy tries to rape me?'"

And then the judge:

"I dare say that I cannot speak more eloquently or passionately about the horrible misconduct of Mr. Sharper and the unfathomable effect he has had on the two alleged victims," the judge said, according to the Los Angeles Times. "I think their individual statements speak volumes as to this disgraceful abuse of trust and the behavior of Mr. Sharper."

Sharper may have fallen from grace, but his victims — finally — were given a chance to rise up and face him.