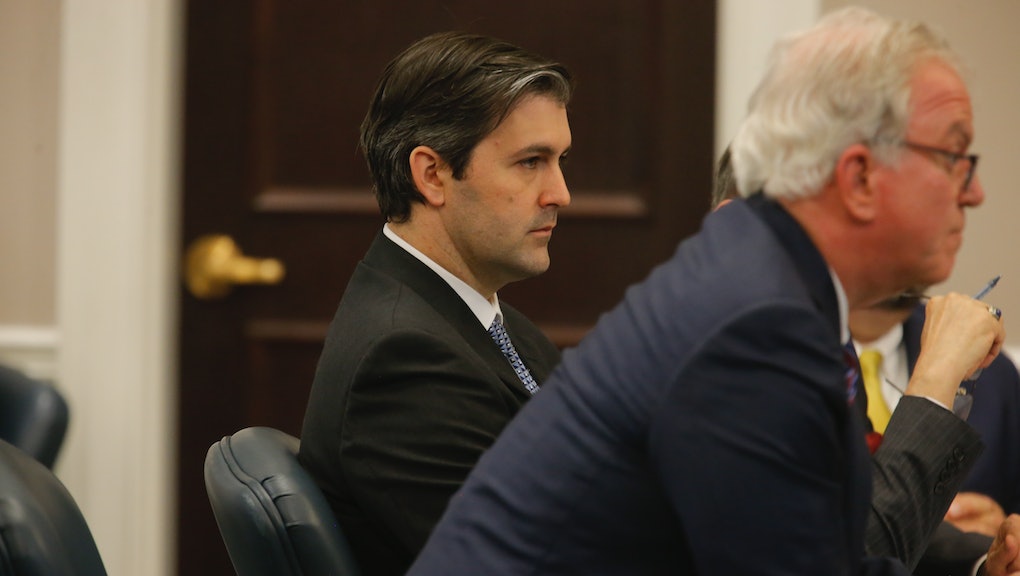 Who killed Walter Scott? Apparently, we're not really sure.

That's according to a jury in Charleston, South Carolina, which was unable to reach a reach a verdict Monday in the murder trial of Michael Slager, who shot Scott and whose actions were captured by a witness in a video that went viral.

Of course, the jury has its reasons — apparently one juror, identified only as a 50-year-old male in press reports, said he "cannot in good conscience consider a guilty verdict." Slager may still wind up being put on trial again.

But the takeaway for black people whose daily encounters with police end in harassment, violence or death, is simple: Our lives don't matter, even when they're being taken in front of millions of viewers.

This has been the case since at least 1991, when video emerged of Rodney King, a black motorist who was savagely beaten by four Los Angeles Police Department officers. Those officers were eventually acquitted of any wrongdoing, a decision that sparked the biggest urban rebellion in modern U.S. history. But add to that list any number of slain black people whose deaths in the last few years were caught on camera: Tamir Rice in Cleveland; Jason Harrison in Dallas; Eric Garner in New York City; John Crawford III in Beavercreek, Ohio; Kajieme Powell in St. Louis; Jerame Reid in New Jersey; Charley Keunang in Los Angeles. And Scott in South Carolina.

America can watch you die and decide the person who's seen on camera doing it, didn't. It's baffling, but not shocking, as plenty of people are voicing on social media:

Cameras — even the ones worn by officers — don't lead to accountability. True change relies on a systemic overhaul — in approach, funding, tactics and engagement — of a system that, even its leaders admit, hasn't earned the trust of communities of color.

Bandaids don't work. And neither do cameras.