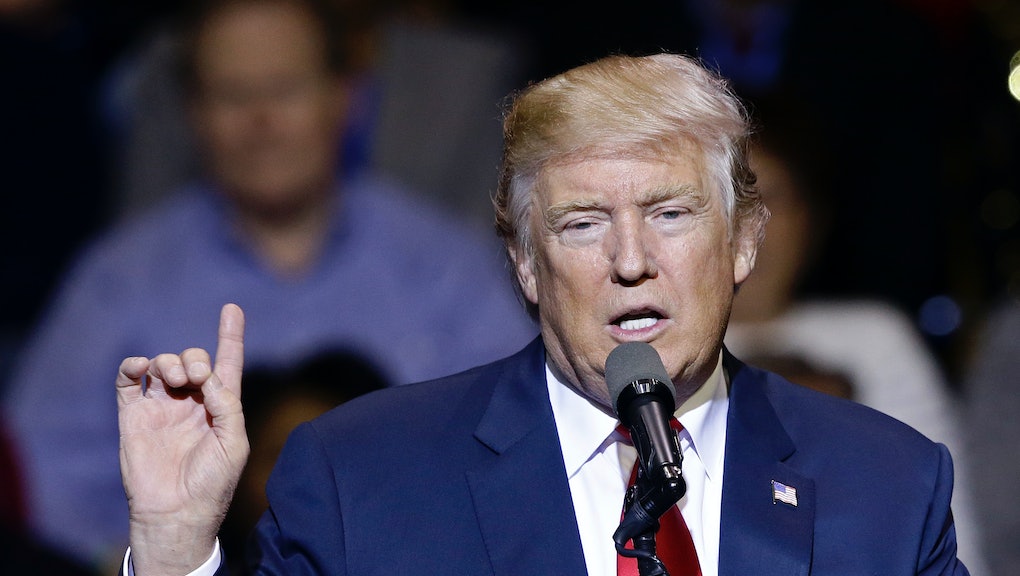 President-elect Donald Trump will remain the executive producer of his show Celebrity Apprentice, according to an exclusive report from Variety. The president-elect's name will roll in the credits just after Apprentice creator Mark Burnett's. The show is slated to return to television on Jan 2., just 18 days before Trump's inauguration.

Variety estimates Trump will yield a profit in the "low five-figures, at minimum," for his involvement with the show — an issue for production companies MGM and NBC, not to mention, of course, the White House.

"The fact that a sitting president will be on the payroll of a current TV show is another example of the thicket of potential conflicts of interest raised by Trump's segue from private businessman and TV star to commander-in-chief," Variety reported.

Trump attempted to eschew such conflicts of interest by turning over his business empire to his children. However, the president-elect has shown he has little regard for maintaining the boundaries between the family business and his presidential responsibilities when he allowed his daughter Ivanka to sit in on a meeting with Japanese diplomats in November.

Days before, Ivanka's jewelry company had promoted a $10,800 bracelet she wore in an appearance on 60 Minutes discussing her father's presidential win.

Of course, these indiscretions are just the tip of the iceberg when it comes to how the Trump family's business pursuits could impact Trump's presidency.

Last month, Mic reported out a list of over a dozen conflicts of interest that could even lead to violations of the Constitution's emoluments clause.

According to Variety, Trump will receive his Celebrity Apprentice paycheck from MGM, not NBC — the company ended its relationship with Trump following his July 2015 comments calling Mexican immigrants rapists and criminals.

Burnett later spoke out against Trump in October, stating in a press release reported on by Variety, "I am not now and have never been a supporter of Donald Trump's candidacy. I am not 'Pro-Trump,' Further, my wife and I reject the hatred, division and misogyny that has been a very unfortunate part of his campaign."

On his part, Trump doesn't seem to be worried about any potential conflicts of interest.

"Prior to the election it was well known that I have interests in properties all over the world," the president-elect tweeted on Nov. 21. "Only the crooked media makes this a big deal!"