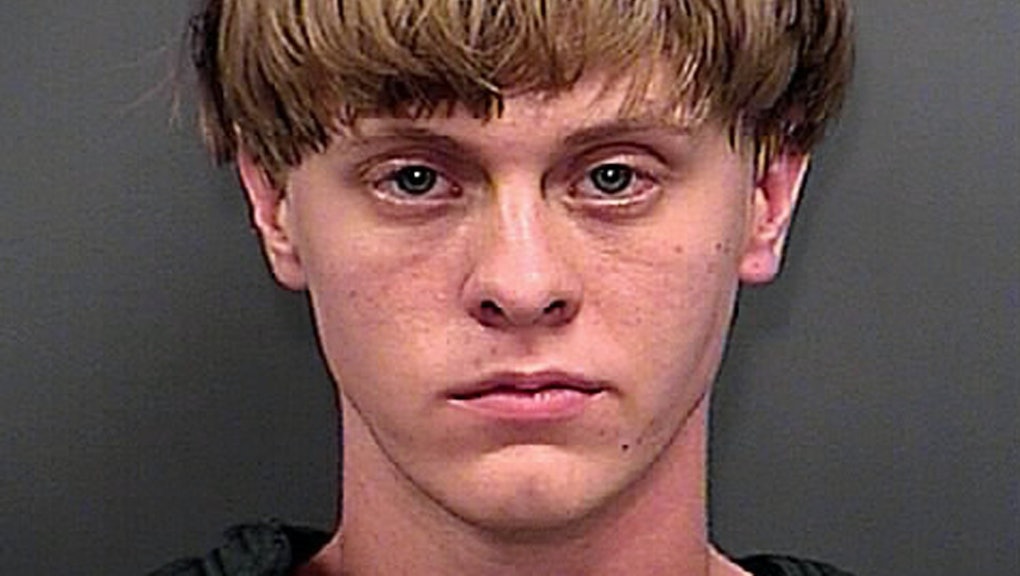 Dylann Roof's FBI confession tape played for jury on day 3 of trial: "I had to do it"

In a videotaped FBI interview played in the third day of his capital hate crimes trial, Dylann Roof confessed to killing nine black churchgoers at the Emanuel African Methodist Episcopal Church in Charleston.

"I just finally decided that I had to do it," Roof told a South Carolina FBI agent, who was called to the stand Thursday to talk about the day he secured an unambiguous admission of guilt from the then-21-year-old Roof.

Roof's full-throated confession isn't exactly enough for federal prosecutors to secure a guilty verdict on charges that Roof, a professed white supremacist, was motivated by racial hatred. But not long after he confesses to the killings, Roof lets loose about his belief that African-Americans are inferior to whites, that they are responsible for daily murder of whites and, above all, that they deserved punishment.

"The fact of the matter is, what I did is so minuscule to what black people are doing to white people every day," Roof told the FBI agents who interviewed him on June 18, 2015.

The interview was conducted in Shelby, North Carolina, where Roof was arrested by local police, one day after the church shooting. An agent who interrogated him described Roof's demeanor throughout the process as "calm — not upset or showing any emotion," a description backed up by the footage, in which he appeared relaxed.

Authorities say Roof saw his actions as retribution for wrongs he felt had been committed by blacks against whites. In the interview, Roof said he researched and chose the church because it was historically black.

"I just knew that was a place that there would be a small amount of black people in one area," he told the FBI.

On the evening of June 17, 2015, Roof sat with Emanuel AME parishioners for a nearly hour-long bible study session. The church's pastor had even invited Roof to sit right next to him. But when bible study wrapped up and members bowed their heads in prayer, Roof allegedly pulled out his Glock .45 caliber handgun and sprayed as many as 77 bullets in the church's fellowship hall, according to trial testimony.

In court, FBI agent Michael Stansbury said it didn't take much prodding from him and another agent to get Roof talking about what he had done. The videotaped interview proves that.

"Do you know how many people you shot?" one agent asked Roof.

Asked if he said anything to the parishioners as to his intentions, Roof said he did not: "I didn't say anything to them before I pulled [the gun] out. Not even one word... It was very fast."

Then, one of the agents asked Roof if he really wanted to commit mass murder that day.

Roof replied: "I was sitting there thinking about whether I should do it or not... I could have walked out. I just finally decided I had to do it."

"Why did you have to do this?" he was asked.

"Well, I had to do it because somebody had to do something," he said. "Because black people are killing white people every day. They are raping white women. Nobody is brave enough to do anything about it."

The statement was eerily close to that which witnesses recalled him saying one day earlier, before he opened fire.

Roof's other statements gave investigators reason to believe it was the 2012 shooting death case of unarmed black teen Trayvon Martin that may have been what radicalized him. He told the FBI agents that he'd kept hearing about "this kid" gunned down by a vigilante in Sanford, Florida. Once Roof understood Martin's case, "for some reason, it made me [Google] 'black on white crime,'" he told his interrogators.

Roof apparently believed the false racial crime statistics often peddled on so-called "alt-right" message boards and online forums. In the FBI interview, he said multiculturalism was becoming a problem in Europe, too. Muslims and "Arabs" were causing problems for whites there, he said. Roof also spoke to the widely circulated photographs of himself — those in which he is seen posing with the Confederate battle flag at monuments to the Confederate soldiers and wearing a jacket adorned with apartheid-era South African and Rhodesian flags.

In July 2015, the U.S. Department of Justice announced that it had charged Roof under the Matthew Shepard and James Byrd, Jr. Hate Crimes Prevention Act, which requires that prosecutors prove Roof targeted his victims due to their race and exercise of religion.

But ultimately, it's up the the jury to determine if the government has met its burden of proof. However, Roof gave them more than a decent assist.

"I am guilty," he says while snickering in the FBI interview. "We all know I am guilty."