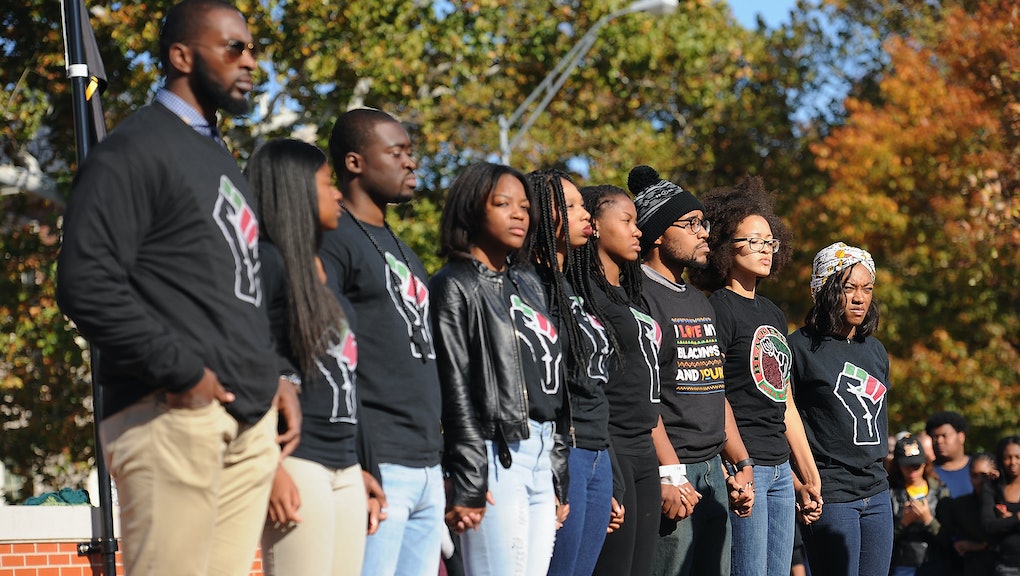 Are America's colleges too liberal? No, they're too white

New York Times columnist Nicholas Kristof has joined the fray of critics who argue that colleges and universities in the United States have become "echo chambers of white privilege" that shun conservatives and stunt the intellectual growth of this country's young people.

But Kristof takes his argument one step further by arguing that this alleged coddling will make liberals even less prepared to do battle during a Donald Trump presidency.

"I fear that liberal outrage at Trump's presidency will exacerbate the problem of liberal echo chambers, by creating a more hostile environment for conservatives and evangelicals," he writes in his Sunday column, titled "The dangers of echo chambers on campus." "Already, the lack of ideological diversity on campuses is a disservice to the students and to liberalism itself, with liberalism collapsing on some campuses into self-parody."

Kristof isn't alone in his assessment. The debate over so-called "political correctness" on college campuses has been one of the year's most animated. Every argument has been the same — from the Atlantic's "The coddling of the American mind," which laments the use of trigger warnings, to Newsweek's look at how the fight against "hate speech" is molding a generation that, simply, "hates speech." College campuses are too nice, the argument goes, and without the discomfort that comes along with divergent political thought, college students have become detached from reality.

Kristof's argument may be worth accepting at face value — if it weren't so dangerously ahistorical. Debates about white supremacy on college campuses didn't just erupt on the national stage thanks to Black Lives Matter and the recent clamor over police violence. They've been a key feature of the right's ongoing "culture wars" since at least the 1980s, when conservatives identified the inclusion of women's, LGBTQ and ethnic studies as a war worth waging.

Perhaps no person has embodied this argument more than conservative critic Dinesh D'Souza, who in 1989 called Howard University students' protests against Republican strategist Lee Atwater's appointment to that school's board of trustees "a kind of collective tantrum aimed at getting attention."

"What [students] need from the university is not coddling and illusion, but intellectual and moral leadership to prepare them for the challenges they must face as adults," D'Souza said.

The purpose of these culture-war battles were clear: to undo the policies of the civil rights era. Specifically, in this case, conservatives were focused on dismantling affirmative action, a policy that proactively worked to address centuries of systemic racism and sexism by acknowledging a person's race and sex in hiring or admissions.

That war was ultimately successful.

California banned affirmative action in 1998, and black and Latino enrollment in its two flagship public universities, University of California at Berkeley and University of California, Los Angeles, dropped significantly. By 2011, when Latino residents made up 49% of the state's total population, Latino students made up just 11% of students enrolled at Berkeley. Similar drops in black and Latino student enrollment happened in Texas, Florida and Michigan, all states with growing populations of communities of color, as seen in this interactive graphic from the New York Times.

The irony is this: As people of color grow in numbers, our power is diminishing. America's college campuses may seem like bastions of liberalism where the thoughts and ideas of students of color reign supreme, but they're quite literally not — because those students of color are disappearing.

This is how white supremacy works. And this is precisely what marginalized students on college campuses have been trying to call attention to for well over two decades.

There has arguably never been a unified left, and there may never be. But one way we can be sure that conservatives are winning is when they get to dictate the terms of liberal debates. Instead of chiding students of color for calling attention to white supremacy, it's time that we actually listen. Their futures, and ours, depend on it.