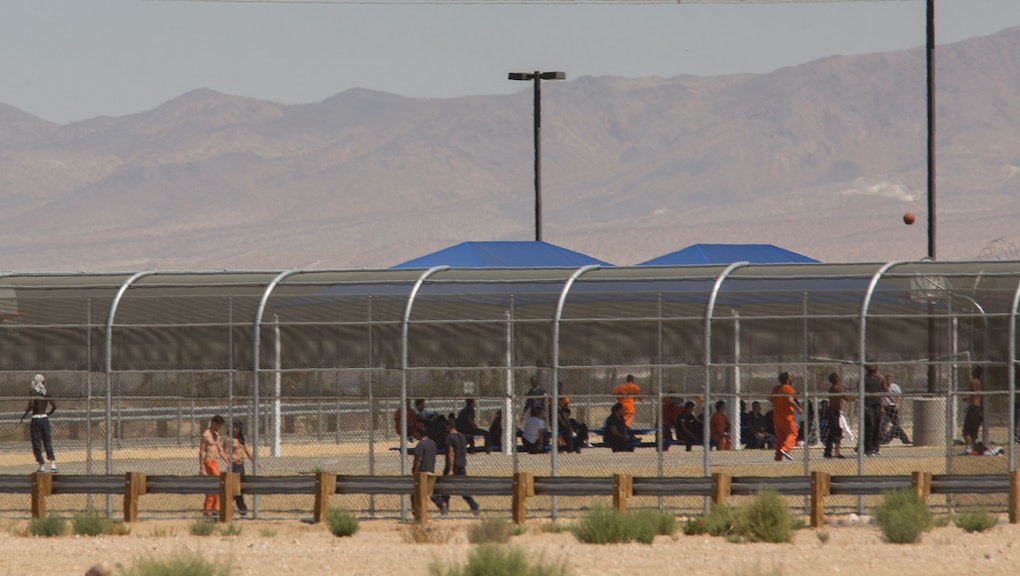 The Fraternal Order of Police, America's largest labor union of police officers, gearing up for the Donald Trump administration.

The FOP, which boasts more than 330,000 members across 2,200 law enforcement departments, circulated an internal document outlining what its members should expect in the first 100 days of Trump's presidency. The document was leaked to the public last weekend.

The two-page document outlined 15 actions the incoming president could take using his executive authority. They include ending President Barack Obama's Deferred Action for Childhood Arrivals program, which provides temporary relief from deportation for undocumented immigrants who arrived in America as children; 728,000 such immigrants, known as "dreamers," have registered with the program since 2012, according to the federal government. The Trump administration may also expand 287(g), known as the "Secure Communities" program, which allows local law enforcement agencies to enforce federal immigration law. The Obama administration had vowed to cut back the program significantly, eventually phasing it out of existence.

James Pasco, Jr., executive director of the FOP, said that the union was not offering suggestions for the Trump administration. Rather, it merely outlined what FOP members should prepare for based on comments Trump made on the campaign trail.

"These are things we gleaned from statements they made during the campaign that might be things he'd do," Pasco said in a phone interview. "This was just for the benefit of our members so they would have ideas of what this administration might be thinking coming in."

While Pasco says that the 15 actions were not intended as recommendations, its language makes the union's position on several issues clear. The document speculates the Trump administration will undo the United States' recent entreaties toward Cuba, "perhaps until such time as the copkillers harbored there are returned to the U.S."

For immigrants and their advocates, the document is deeply unnerving.

Betsy Plum, the director of special projects for the New York Immigration Coalition, called the FOP's predictions "ill-advised" and "dangerous."

"It definitely isn't encouraging to see a large union or any large organization saying that these are possibilities," Plum said. "We're acting under the presumption that the worst can happen."

The document surfaced at the end of a contentious year for the FOP. In July, the activist network Black Lives Matter vowed to target police unions for protests, with the Fraternal Order of Police topping its list. FOP has stood behind police officers under suspicion for shooting unarmed suspects.

"The FOP acts like a college fraternity and is responsible for maintaining the harmful, lethal, unethical, and unaccountable culture of policing while the families and communities impacted when officers brutalize civilians are left to mourn with little, if any, semblance of justice," Clarise McCants, a spokesperson for Black Youth 100, told reporters in July. Activists staged protests at police union headquarters in New York City and Washington, D.C.

The union specified it had better ways of letting its positions be known to the president-elect. "If we were gonna suggest anything to an incoming administration, we certainly wouldn't do it by putting a release out [in public]," Pasco said. "We'd call 'em."