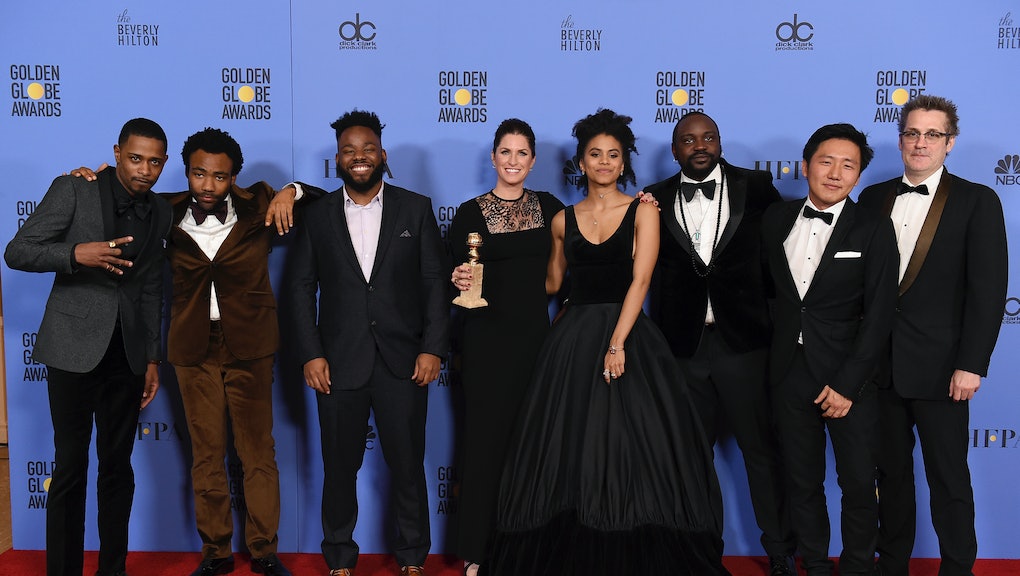 The most powerful moment of Sunday night's Golden Globe Awards wasn't a speech. It was an embrace by Atlanta stars Brian Tyree Henry and Lakeith Stanfield during Donald Glover's acceptance speech for best actor in a TV series, musical or comedy.

Atlanta, a show created by and starring Glover, is unquestionably written by and for black people. The show won the award for the best TV series comedy, a remarkable achievement for one of the year's breakout hits. Along the way, it's changed what's possible for black writers in TV and the characters who appear on screen — characters who can be complex and hilarious.