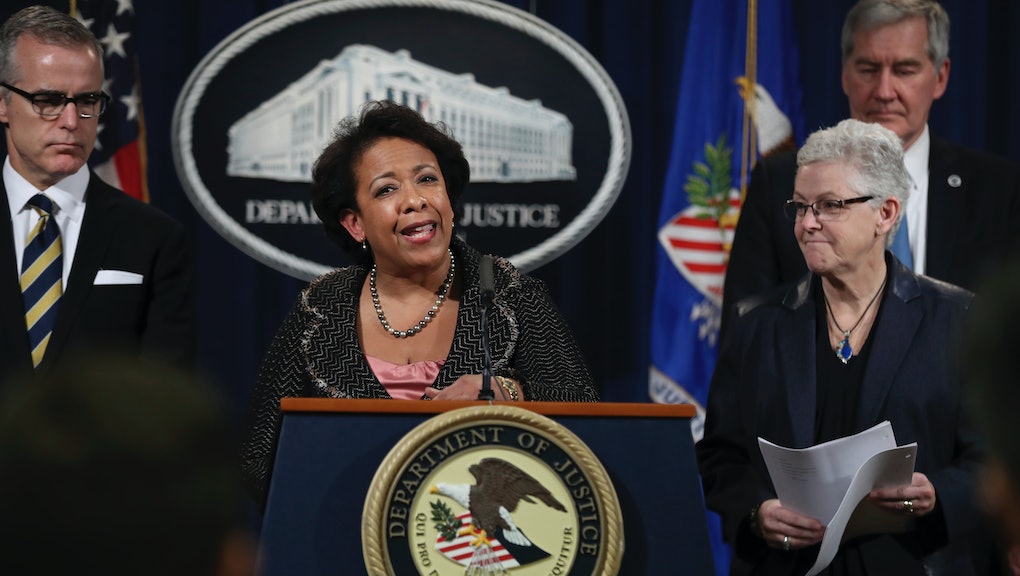 The Department of Justice announced Thursday wide-ranging reforms for the Baltimore Police Department. The announcement, made by outgoing U.S. Attorney General Loretta Lynch, signaled the long-troubled police department's agreement to enter into a consent decree, mandating federal oversight of the department.

The consent decree is long and detailed. In 227 pages, it outlines reforms that include instructing police to use de-escalation tactics before resorting to violent force, instructs police to participate in implicit bias trainings and victim-centered practices for dealing with sexual assault cases.

The decree also mandates that all vans used to transport people be equipped with functional video cameras, alluding to Freddie Gray, a black man who mysteriously had a severed spinal cord while being transported in a police van in 2015. Gray's death led to weeks of unrest in Baltimore.

In August, the Department of Justice released a report detailing how the department had systematically violated black residents' civil rights. It found, among other things, that police officers often stopped and searched black residents without probable cause. Officers were also found to blame rape victims who came forward to report their sexual assaults and used racial slurs.

"The agreement is designed to increase transparency, public oversight [and] accountability," Baltimore Mayor Catherine Pugh said, according to NPR.