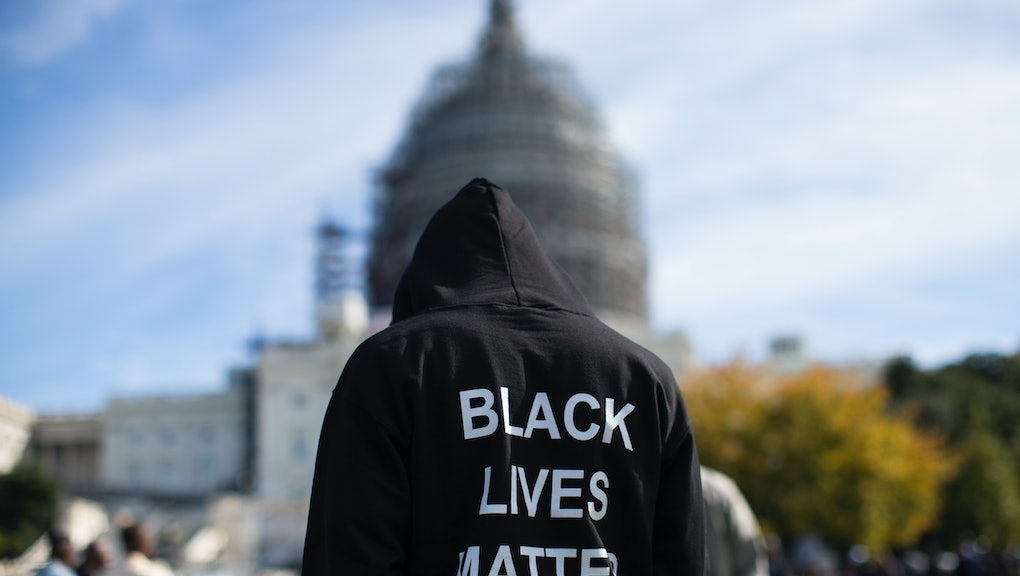 The Black Lives Matter Global Network is giving Facebook's "safety check" feature a twist, allowing black users of the social media website to mark themselves "unsafe" for being black in America. BLM activists are calling it the "Unsafety Check" and shared its website, MarkYourselfUnsafe.com, with Mic ahead of its official launch on Tuesday.

"From slavery to Jim Crow to prejudicial and deadly policing, America has never been a safe place for black people," BLM co-founder Patrisse Cullors said in a statement. "We need to take action to continue to raise awareness about how racism impacts our families and communities."

The feature is meant to be symbolic and is not meant to be a replacement for reporting an emergency to local authorities, BLM said.

"Black people are being attacked and murdered while doing day-to-day activities like walking to school, calling for help or even drinking water," reads an "About the Crisis" section on MarkYourselfUnsafe.com.

The feature utilizes Facebook Connect, a tool for app developers which, in this case, requires MarkYourselfUnsafe.com to ask permission for access to users' profiles and friends lists. Once connected, the feature asks for additional permission to post a message on users' profiles. It also uses location data for an accompanying map.

"We know that social media is only one way to take action on behalf of the Movement for Black Lives," Cullors said in the statement. "After marking yourself unsafe, we ask that people take additional action by joining local organizers in demanding justice in the streets."

Facebook's Safety Check feature was first utilized following the 2011 tsunami in Japan as a way for users to quickly notify friends and loved ones that they were unharmed. Since its official launch in 2014, it has been used after events such as the Paris terror attacks in November 2015, and was first used in the United States after the Orlando, Florida, nightclub attack in June 2016.

MarkYourselfUnsafe.com is part of an ongoing week of action, from Martin Luther King Jr. Day to Inauguration Day, launched by the Movement for Black Lives, a coalition of over 50 black activists groups. Mass protests are expected in Washington, D.C., and around the country, when President-elect Donald Trump takes the oath of office Friday.