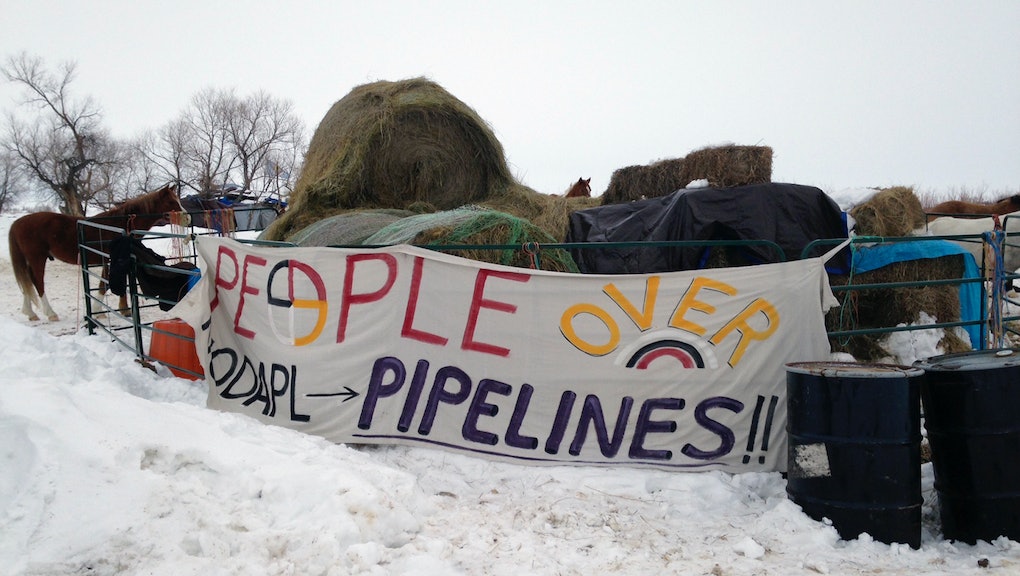 The United States Army Corps of Engineers has been ordered to allow the completion of the controversial Dakota Access pipeline, according to North Dakota Sen. John Hoeven.

In a statement released Tuesday, Hoeven said that acting Secretary of the Army Robert Speer had "directed the Army Corps of Engineers to proceed with the easement needed to complete the Dakota Access pipeline," and that Congressional notification was "imminent".

"Building new energy infrastructure with the latest safeguards and technology is the safest and most environmentally sound way to move energy from where it is produced to where people need it," Hoeven wrote.

The direction comes after massive protests of the project halted construction efforts in December until reviews for alternative routes could be conducted.

The Standing Rock Sioux tribe, which opposes the pipeline on the grounds that its planned route would bisect historically sacred lands, said that as of Wednesday, Hoeven's statement was premature.

In its own statement posted to Facebook, the tribe claimed that it would "vigorously pursue legal action" if and when the easement is officially granted.

"We have to this date received no formal notice that the [environmental impact statement] has been suspended or withdrawn," the statement read. "To abandon the EIS would amount to a wholly unexplained and arbitrary change based on the president's personal views and, potentially, personal investments."

The announcement that an order to resume construction is imminent does not come as a surprise. Just days after taking office, President Donald Trump signed an executive memo aimed at facilitating the completion of the Dakota Access pipeline and the Keystone XL pipeline, another oil transportation project that has been hotly contested by environmental activists.

In a memo released in December on behalf of Trump, who has invested in the partnership responsible for construction on the $3.8 billion Dakota Access pipeline, spokesman Bryan Lanza wrote that the president's endorsement of the project has "nothing to do with his personal investments and everything to do with promoting policies that benefit all Americans," according to the Associated Press.