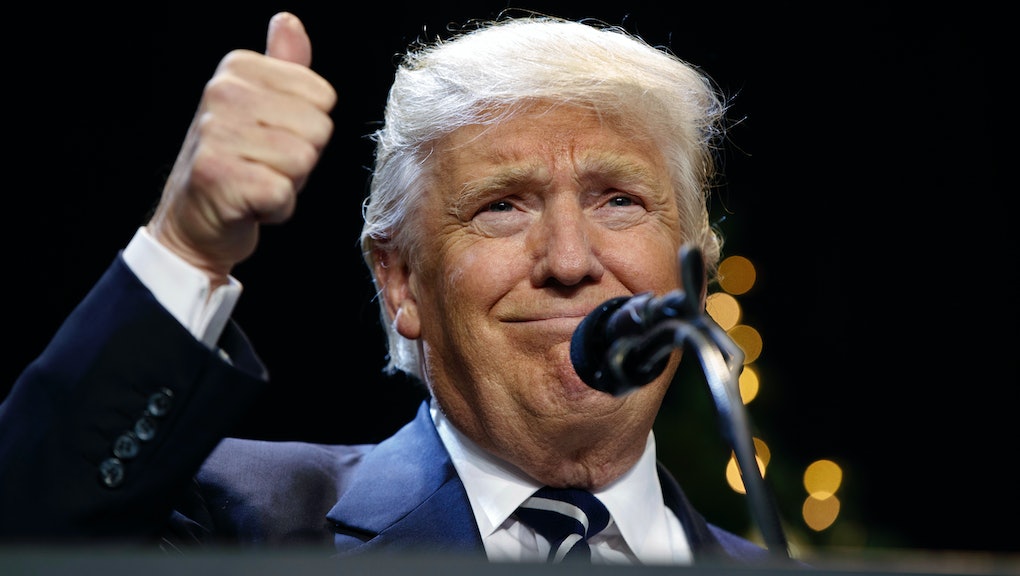 Did Trump reverse himself on Israeli settlements?

Then, the Jerusalem Post reported the Trump administration rebuked Israel in response to the settlement announcements, sending a message that "warned Israel against 'undermining' Trump’s efforts to forge peace with additional 'unilateral' actions.'"

White House press secretary and Melissa McCarthy impersonator Sean Spicer later issued a clarifying statement, saying that while settlements are not themselves "an impediment to peace," the recent expansion of settlements "may not be helpful." The combination of Trump's rebuke and the wording of Spicer's statement has led to great confusion among the media and punditocracy.

Now, some outlets are reporting Trump is not as pro-Israel as he seemed on the campaign trail (re: "may not be helpful"); others are saying his position is a change to U.S. policy (re: "not an obstacle to peace"). Reuters reported that Israeli officials have interpreted the U.S. response as "carte blanche to build as much as we want in existing settlements," which are likely to be retained by Israel in a final peace agreement.

Everybody is wrong. There is no cohesion, rhyme or reason to Trump's warning to Israel or Spicer's statement. This lack of cohesion is why the Jerusalem Post claimed the Trump administration wanted to consult with the Palestinians, while the Times of Israel reported that "the administration does not intend to build relations with the PA at this juncture."

Any analysis of the administration's policy on settlements rests on the assumption there is a coherent policy at all. Trump is being advised by alleged white supremacists, religious Jews, conspiracy theorists, conservative Christians and Omarosa Manigault. How on Earth is he going to articulate a clear position on anything to do with Israel?

So, did Trump reverse himself on Israeli settlements? Yes, no and everything in between.