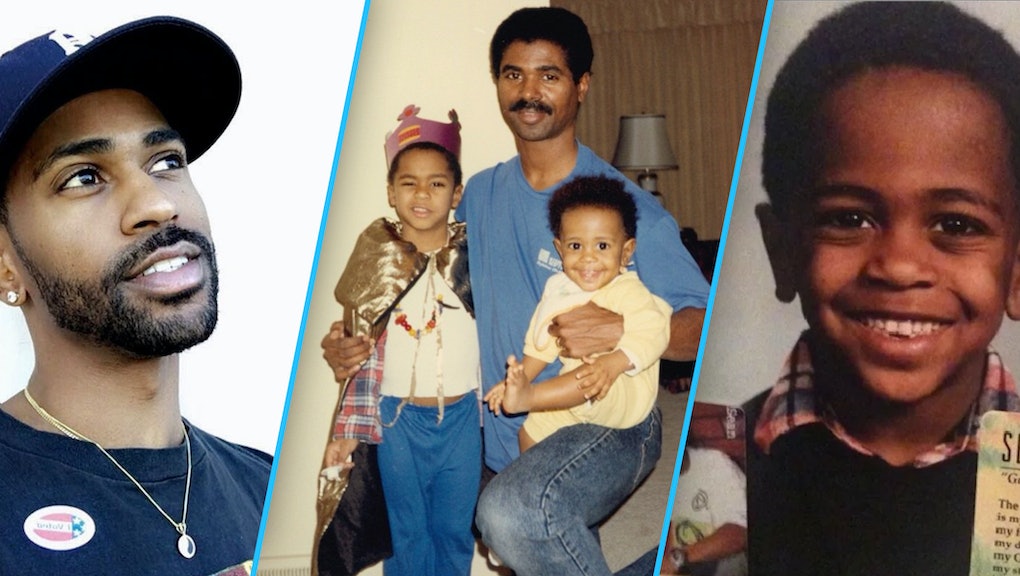 Big Sean pens open letter to his younger self: "One day your city will need you"

Big Sean has come a long way as an artist since his 2011 debut, Finally Famous, put him on the map as one of Detroit's rising talents. Album to album he's refined his voice, experimenting with riskier flows and sharing more personal narratives from his upbringing. His latest album, I Decided., takes these impulses to entirely new heights, opening with a monologue from a fictionalized older version of himself, begging God for a second chance at life. He's granted his prayer and proceeds to pass his wisdom down to a present day Sean, who's caught up in the trials of fame.

Reflecting on the themes of his album, Big Sean has penned an open letter to his younger self, walking him through the most difficult decisions he will eventually have to face. He touches on his decision to pursue music over college, his early encounters with American racism and how to stay motivated in the face of hardship.

The letter, dictated to Mic's Tom Barnes, appears below along with a video of one spoken passage.

Listen, I know you've spent your whole life trying to push back those telling you to not be so hard on yourself. Relax, come hang, chill more. You didn't listen to them then, and I doubt you're going to listen to me now, but I want to tell you this from the heart — our heart: There is more to your life than your future.

You've been telling yourself that by 21 you have to be on, and at 22 you have to have a song on the radio. Rapping's been your job since before it was your job, before you were out of high school, before you faced the decisions that would change everything. That hustle will create your path for you and be a testament to the light you have to share. But it will leave you with a lot more to work on.

Being present takes as much effort and talent as killing a verse, or writing a good song. I know it doesn't feel as natural, but remember those times when you gave yourself the opportunity to live and feel free — to enjoy your friends, enjoy your family, enjoy young love. That's where you found the inspiration to write and go harder. At 28, this is what you're working on now. The high won't last.

Not everyone around you now is going to make it all the way with you. You're gonna wish they were there to see your success, but it's not your fault they're not there. You're going to lose people, family members, your grandma and you're going to wish you spent more time with them. This is what I'm talking about being present. As for your friends, you'll hold their arms and give them the opportunities. You can only put the people you love in positions to succeed. There will be people who won't hold up their end. They'll fall back. Never blame yourself.

Because here's what it is: It's not about how hard you work; it's about how smart you work. People are working 16 hour days, taking the bus, putting in more work than a lot of billionaires and still not coming out happy or financially stable. You'll face this fear in deciding to do music or to go to college and get your bachelor's, your masters, like your mom and grandma and granddad did to become teachers. You will be a teacher yourself, just in a completely a different way that you know feels right.

Your mother will fight for you, but know it's not easy for her. Everyone in the family will come down on her, like "How can you let him not go to school?" It's going to be a huge thing. It will upset the fam at first, but you will make the right choice. Show your mother the love she deserves.

Your parents will be right when they tell you as a teenager that you'll come across times when people will judge you for how you look, for you being young, black, driving in a car. They'll tell you you shouldn't drive with your hat to the back or not wear certain clothes. You'll think they're crazy, but you'll see things, like Trayvon Martin, Michael Brown, names you don't know yet, but you'll come to know too well in the future. They're just trying to protect you.

The only thing you can do to change anything is to make yourself better and send prayers. Any act of violence, you will look back and regret. It'll cross your mind on the way back from visiting Michigan State, when you pull into a gas station to shouts of "Get out of here, nigger!" I think they have a large KKK crowd there or something in Howell, MI. It'll make you angry, but you'll realize that even though you're on the same planet, you're living in different worlds.

You can't blame them for how they were raised, their ignorance. You can try to let them know that that's wrong, or do better and show them. But feel comfortable in the fact that sometimes you're just wasting your breath. You'll rise above it through your actions.

Because one day your city will need you. Flint up the road will need you. They're going to need all the help they can get. Give these people a hero to look up to — a black one at that — one that the whole city can be proud of. Don't put energy into things you can't change. The time you'll put into tearing yourself apart over things like "I don't want this person running my country. This mayor made a mistake," you'll lose it. What you can do is put energy into yourself and encourage everyone to do the same, and together, we'll rise.