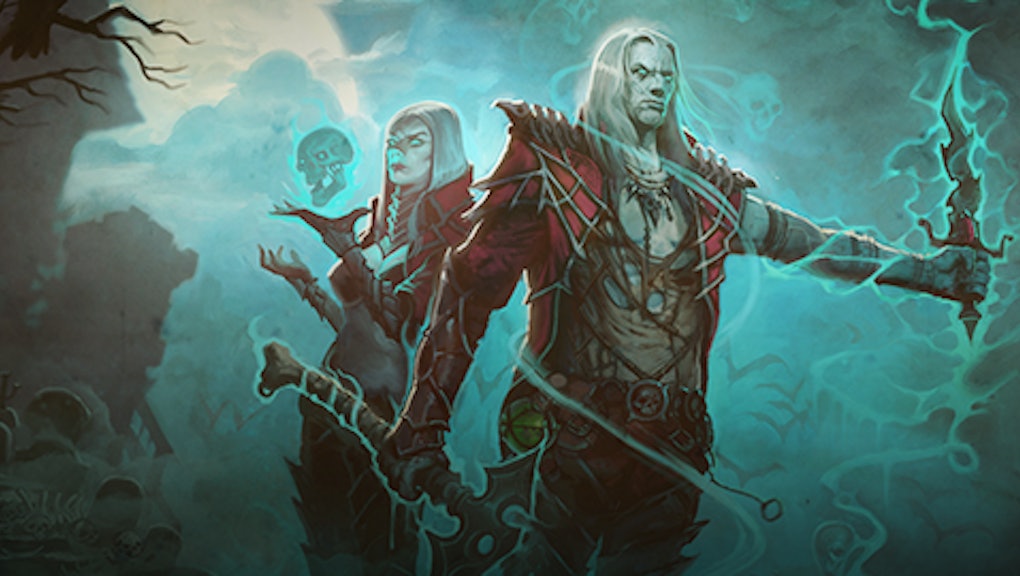 'Diablo 3' Necromancer Release Date Price: What to expect from the next DLC

Diablo 3 players are looking forward to the release of the Rise of the Necromancer DLC expansion, but Blizzard has been keeping specific details like the price, release date and what the expansion will include under wraps. We still don't know exactly what kind of content to expect from the Diablo 3 Necromancer DLC, but we can get a better idea by looking at previous releases like Reaper of Souls.

Diablo 3 Necromancer release date price: What to expected based on past DLCs

The full-fledged expansion Diablo 3: Reaper of Souls was priced at $19.99 and $39.99 for the digital deluxe edition, respectively. It was released as a standalone option for the entire game but it didn't just offer one new character class. It had much more than that.

Diablo 3: Reaper of Souls brought with it a number of new augments, such as the character class Crusader. Additionally, a fifth game Act for the story mode was added that followed the Nephalem through his journey throughout Westmarch and the Pandemonium Fortress.

Most importantly, Reaper of Souls introduced Adventure Mode, which broke down the walls between areas for people to be able to explore the Diablo 3 world without roadblocks so they could take on dungeons, special bounties and other challenges whenever they felt like it.

Finally, the expansion raised the game's level cap to 70 from 60 and included new runes, skills, passive abilities and more. It also added a fourth passive slot for characters who ended up reaching level 70.

Diablo 3 Necromancer release date price: How Reaper of Souls could influence Rise of the Necromancer

If Rise of the Necromancer costs as much as Reaper of Souls it could start at $19.99. Then again, it seems like this DLC won't be quite as expansive.

The Diablo 3 Necromancer update will bring with it the Corpse Explosion ability, along with a whole host of other changes, according to Blizzard. That includes a full set of legendary armor and other items created especially for it.

Still, it doesn't seem that Blizzard is focusing as much on making this expansion as big and exciting as previous ones. That could push the price down a little lower. Maybe somewhere around $9.99?

Then again, Blizzard still hasn't revealed all the Necromancer details. It's possible the DLC cold bring new modes and even additional chapters to Diablo 3. In that case, expect to pay $19.99 or higher for the experience.

Mic has all the latest Diablo news, including updates on when we might be able to expect the Necromancer's appearance, Diablo 3's recent anniversary patch and a handy list of cheats and secrets.