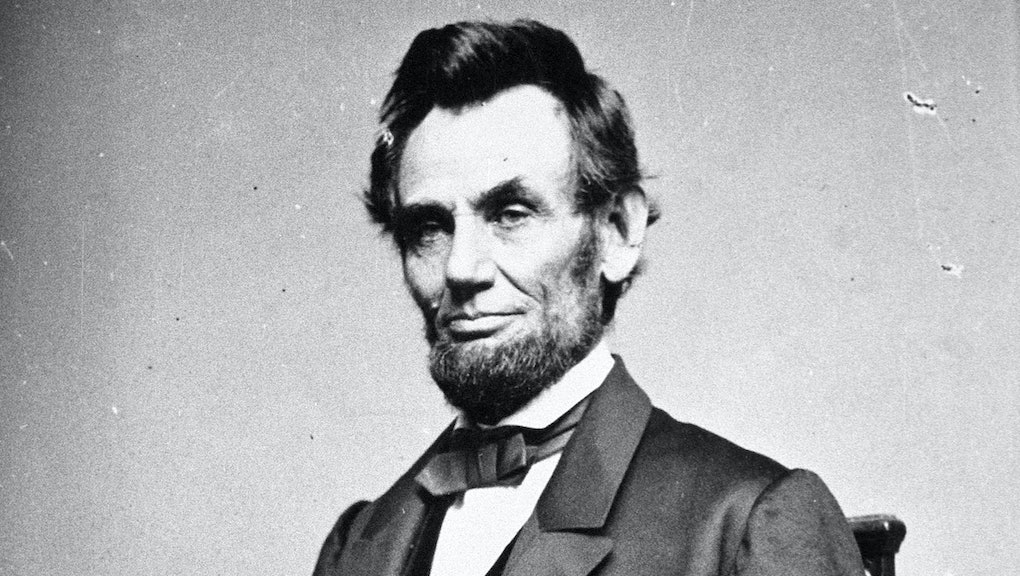 Republicans seem to be having a tough time with both Twitter and facts.

On Sunday, the Department of Education tweeted not one, but two posts containing objectively embarrassing misspellings. The GOP also spread some misinformation about its beloved Abraham Lincoln — on what would have been his 208th birthday, no less. Rude.

As spotted by Gizmodo's eagle eye, here is the tweet in which the Republican Party erroneously attributed to Lincoln a quote that probably came from a doctor more than 80 years after the 16th president's assassination:

"And in the end, it's not the years in your life that count," Lincoln said, according to the GOP at least. "It's the life in your years."

To be fair, whoever runs the GOP Twitter account and gifted the internet this meme is not the only person to have made this mistake. BrainyQuote.com attributes the quote to Lincoln, as does Goodreads and a number of other random websites.

In fact, these words are so often associated with Lincoln that one curious individual brought the matter to Quote Investigator. Kurt Wolbrink kept seeing "posters, shirts, mugs and other commercial products" plastered with the phrase and the president's name but was unable to find the quote in Lincoln's collected works. Quote Investigator found "no substantive evidence that Lincoln used this expression."

The earliest instance of the quote, as identified by Quote Investigator, was in a 1947 ad for a book by one Dr. Edward J. Stieglitz. "The important thing to you is not how many years in your life, but how much life in your years!" read the ad, which ran in the Chicago Tribune.

The slogan differs slightly from the so-called Lincoln quote, both in its wording and jauntier punctuation. It continued to evolve before gaining its presidential attribution sometime around 2000. Still, Quote Investigator "tentatively" credited Stieglitz with the phrase, though it also posited it could have been written by an advertising copywriter.

The GOP, however, sticks to its own version of history, especially as it pertains to Lincoln. Republicans are proud to count Lincoln among their political forbearers, blithely ignoring the switching of Democratic and Republican platforms that occurred sometime between the Civil War and modern times.

In any case, Twitter users are predictably trolling the GOP's selective — or just faulty — memory: