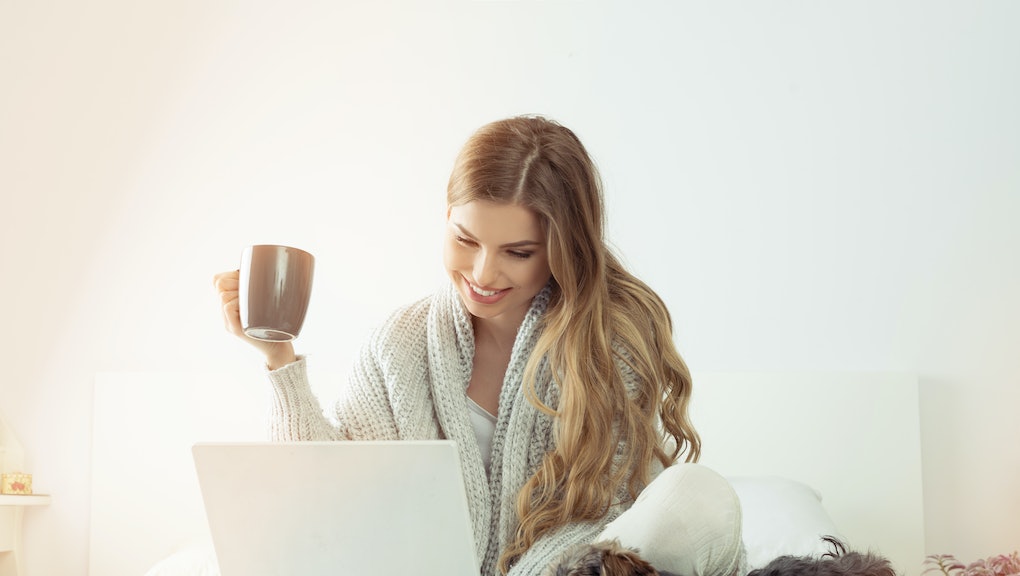 This is the secret to actually making yourself excited about work, according to science

Are you truly happy while at work, or are you just telling yourself you are — and you'd rather just be hanging with friends, catching Pokémon or surfing?

In fact, work ranks as one of the least happiness-provoking activities around, at least according to a British study published in the February 2017 issue of The Economic Journal that ranked people's feelings about 40 different activities.

The researchers — Alex Bryson of the National Institute of Economic and Social Research and George MacKerron of the University of Sussex — used technology to measure how people truly felt about work and other tasks right while they were doing them: to capture immediate reactions.

This was innovative because studies on the topic typically take responses after the fact, which is less precise, the researchers said: For instance, a 2014 study by The University of Warwick used stimuli (watching a 10-minute comedy film) to see if participants felt happier following the screening, but didn’t directly measure employees' feelings throughout various times during the day.

But instead of basing data on recollection, MacKerron developed an app called "Mappiness," which allowed study participants to immediately record their reactions and emotions while at work (or play) by smartphone.

Here's what the study revealed — and the helpful insights the researchers uncovered for employees hoping to make their workday more bearable... and even enjoyable.

Here's how the study went down.

MacKerron and Bryson tracked tens of thousands of individuals in the U.K., who entered more than a million observations in August 2010.

Participants downloaded the Mappiness app and got notifications at random times through the day prompting them to rate happiness at that moment — plus how relaxed they felt, whom they were with (if anyone) and their location.

Users rated feelings on a sliding scale from "not at all" to "extremely" and noted if they were inside, outside, in a vehicle, at work or at home.

The interactive app also asked what the participant was doing at the moment, be it working, studying, eating — or even having an adult beverage.

Here's why people report unhappiness at work — and the one activity we hate more.

The researchers found that that work stresses people out: "Paid work is ranked lower than any of the other 39 activities individuals can report engaging in, with the exception of being sick in bed," the authors wrote.

Why? The problem is that even if you love what you do in the big picture sense, the moment-by-moment reality of being at work kind of sucks.

"We know that part of the answer is related to anxiety at work," the researchers wrote.

"Even though people are so positive about paid work when reflecting on the meaning and value of their lives, actually engaging in paid work comes at some personal cost to them in terms of the pressures and stress they face," they added.

This is how to feel happier at work.

First of all, see about negotiating your hours: The times of day people spend at work makes a big difference in their reported happiness, the study found.

Subjects who worked between the hours of 8 a.m. and 6 p.m. experienced a 5% reduction in happiness levels, as compared to those not working — but that "unhappiness tax" gets even more costly during off-hour shifts, such as before 6 a.m., after 6 p.m. and on the weekend.

In other words: Keeping regular hours helps. Talk to your boss about tweaking your schedule at your next performance review; by using the same strategies that experts suggest you try when asking for a raise, you have a good shot.

Another study finding was that people who work from home are happier than those locked in an office: So consider switching to a flexible or remote role.

And if that's impossible?

Yet another finding from the survey was that chatting or socializing with coworkers and peers is especially beneficial; in fact, it's the only activity that rivals the happiness you get when you aren't at work, the researchers assert.

Workers reported being happier in the company of their peers — but hanging with their boss, not so much. That's a great reason to find a work buddy at your level, with whom you can sit for "office date" sessions or coffee breaks.

Remember that, in general, you can re-train your brain to take a more positive approach to work, according to a piece written by Shawn Achor, author of The Happiness Advantage, in the Harvard Business Review.

Offering help to coworkers and using stress as a motivator — channeling energy into action, instead of anxiety — can create a happier environment.

Also: Try writing down what you are grateful for, meditating or exercising for a few minutes each day, Achor suggested.

Small changes to your daily routine can pay off big emotionally.