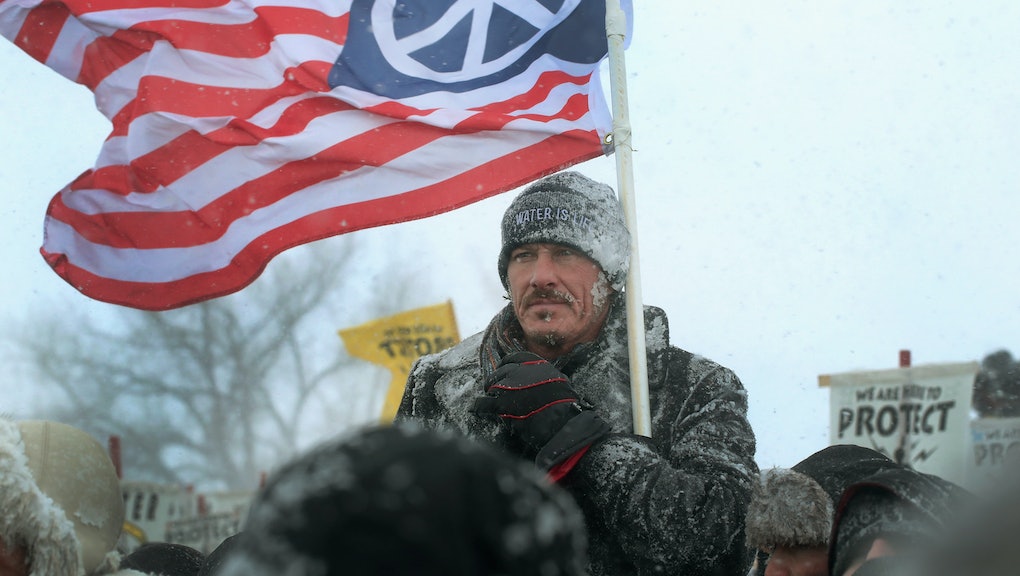 A confrontation is coming to Standing Rock.

After President Donald Trump signed an executive order to restart construction for the Dakota Access pipeline project, both sides are settling in for what could be the final confrontation between law enforcement and the peaceful resistance at Standing Rock.

Leaders of the Standing Rock Sioux and their allies have received word that after Feb. 22, the evacuation deadline set forth by the Army Corps of Engineers, police will begin a forcible evacuation of the camp and its structures. According to Chase Ironeyes of the Lakota People's Law Project, this could begin as soon as the day after the deadline.

As they hope for thousands of additional bodies to arrive in time for the showdown, hundreds remain at the Standing Rock camps intent on seeing the resistance through.

But their numbers are a far cry from the 8,000 to 10,000 who were present in early December when a tentative victory was declared.

When the Army Corps of Engineers was denied the easement the tribal government of the Standing Rock Sioux asked people to leave, with blizzards battering down on the camp, causing dozens of cases of hypothermia in the first few days. Thousands trickled out of Standing Rock as the nation turned its attention to Trump, his inauguration and his Cabinet of appointees.

But many of the protesters, who refer to themselves as "water protecters," stayed behind, insisting that a physical presence was still needed despite the tribal government's insistence on bureaucratic solutions.

At Oceti Sakowin Camp, the camp closest to the front lines of the Standing Rock struggle, volunteers have spent the past month tearing down structures and cleaning up the camp. Spring is coming already, and Oceti Sakowin Camp is beneath a flood plane that's already getting muddy. The Sacred Dome, the primary gathering place at the camp, was under three inches of water.

When water protecters tried to establish a new camp, called Last Child Camp, on higher ground, it was raided almost immediately. Police arrested 76 people, including Ironeyes, charging him with a felony for inciting a riot and holding him accountable for organizing the protests, even though he says he had nothing to do with establishing the camp.

Police now keep cars and officers camped out on the remnants of Last Child Camp.

But reinforcements are on the way. A second contingent of veterans has raised over $256,000 to bring a new wave of bodies to stand in support of the resistance movement. The first wave brought over 2,000 to the front lines. Meanwhile, the water protecters have successfully established new camps.

Come Feb. 22, the water protecters will stand, unless they are forcibly removed. With the potential showdown just over a week away, that's exactly what Ironeyes is worried about.

"We're most concerned about a highly militarized police forced and physical removal of people," he said. "We don't want that to get out of hand — for people who are unarmed, people who are peaceful, standing on their treaty rights, who have made it known that they intend to stay."