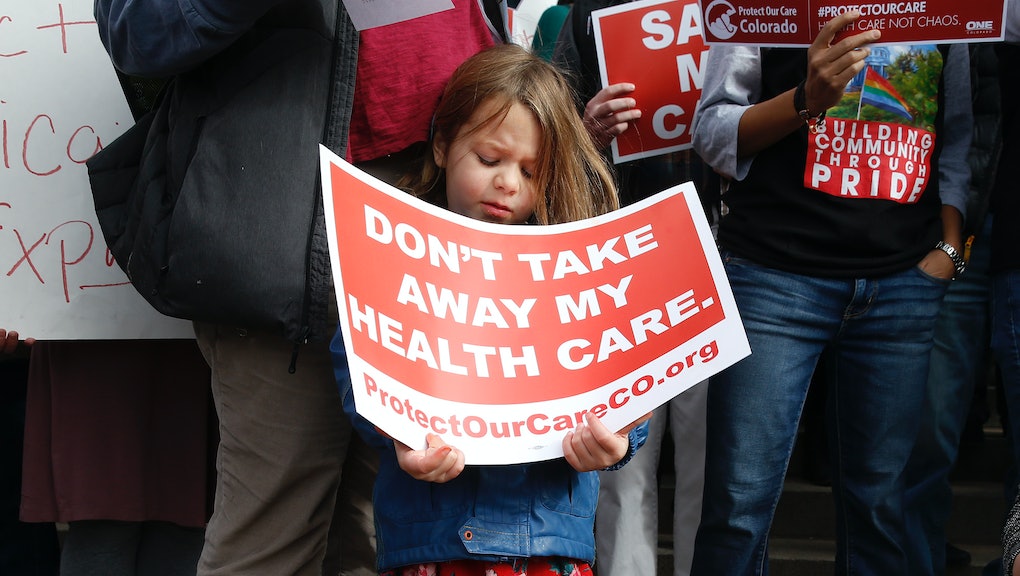 Can Trump repeal Obamacare? Here are 4 reasons the president won't fully roll back the ACA.

Although President Donald Trump has vowed to repeal and replace the Affordable Care Act, it seems increasingly likely he and congressional Republicans will instead opt to keep at least part of the law intact.

The popularity of the health care law is at a record high. A recent poll by NBC News and the Wall Street Journal found that 45% of Americans think the law is a good idea, while 41% think it's a bad idea. The same poll showed that 50% of Americans say they have little to no confidence that Republican plans to repeal and replace the law will make things better.

Meanwhile, a poll released Wednesday by Quinnipiac University found that 50% of voters don't want Trump to repeal the health care law, while only 46% do.

The provision preventing insurance companies from discriminating against those with pre-existing conditions — about 52 million Americans have such conditions, which can range from diabetes to cancer — is wildly popular. The policy that allows children to stay on their parents' health insurance plans until the age of 26 is also a favorite aspect of the ACA.

Trump has said he plans to keep popular parts of the ACA in place as Republicans work to repeal it.

3. You can't repeal just some parts

Republicans will have a tough time repealing the parts of ACA they don't like while keeping the parts they do. That’s because of how the law is set up. Sick people and those with pre-existing conditions cost health care providers more money than those who are healthy. To cover those costs, the ACA requires many people be insured or pay a penalty. If Republicans get rid of this individual mandate, they'll have to find some other way to afford the costs of insuring those with pre-existing conditions.

4. Trump promised health care for all

Trump has backed himself into a corner. He's promised "insurance for everybody," which sounds suspiciously like universal health care. Unfortunately for Trump, his Republican allies in Congress despise the idea of universal health care, meaning Trump will have to find some way to make health care more widely available and affordable without the use of tax subsidies — a Herculean problem without any apparent solutions.

So far, the Republicans' strategy has been to delay while they put together a replacement plan. But different Republicans have suggested different approaches. House Republican leaders, Sen. Orrin Hatch of Utah, Rep. Tom Price of Georgia and Sen. Ted Cruz of Texas have all proposed legislation to replace the ACA. But each of these plans would likely result in higher premiums and worse coverage, according to the Washington Post.

Until Republicans can come up with a solution that offers either lower prices or better coverage — or, hopefully, both — it’s likely they’ll continue to stall.