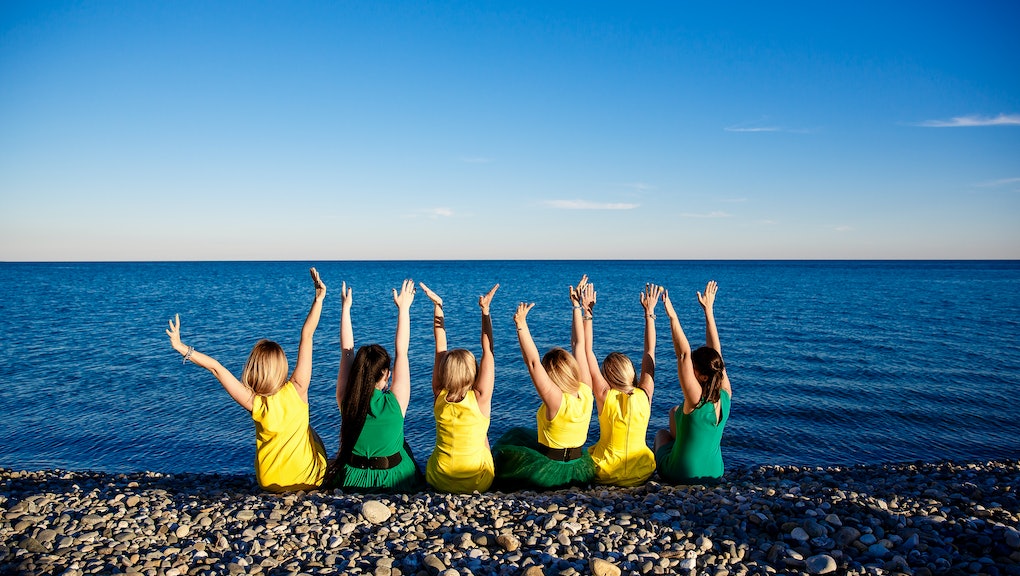 Taxpayers in these 7 states don't pay state income tax. Here's why you shouldn't be too jealous.

Giving Uncle Sam a little less of your hard-earned paycheck sounds pretty awesome, right? And for residents of the 7 states with no state income tax — Alaska, Florida, Nevada, South Dakota, Texas, Washington and Wyoming — that could mean more cash to spend eating out, taking vacations or buying extra Super Soakers for all their friends.

Advocates of ending state taxes nationwide say doing so would lead to more job creation and retain educated workers, arguing that small business owners and entrepreneurs would use the income they aren’t paying for state taxes to grow their businesses.

But the truth is that the money states would otherwise raise though income taxes just ends up coming from other sources. For example: In Alaska and Wyoming, mineral rights to natural resources like oil and coal help to make up that difference.

The rest of the money states use to build roads and fund schools comes in the form of various taxes levied throughout the year. Those include higher sales and property taxes, along with extra tariffs on alcohol, cigarettes and gas.

While those who aren't paying state income taxes may be bringing home more of their paycheck each week, they wind up paying in other ways.

For example, Washington sticks it to you at the pump with one of the highest gas taxes in the country — a whopping 44.5 cents per gallon, versus just 12.25 cents in Alaska — according to the Tax Foundation. As a result of Washington's various consumption taxes, its low-income residents wind up paying a disproportionately higher percentage of their income in taxes than the rich, according to a study by the Institute on Taxation and Economic Policy.

Alaska, meanwhile, has one of the highest costs of living. Residents there pay through the nose for food — as much as $337.50 for a week's worth, versus the $150 national average, according to a survey by the University of Alaska Fairbanks Cooperative Extension Service, reported by KTVA Alaska.

States where having no state income tax is much more fair

There are a few states where the "no state income tax" dream doesn't come with as many serious downsides. Wyoming, which Kiplinger ranked the most tax-friendly state in the country, exempts most groceries from sales tax and boasts the lowest beer tax in the country. Add in low property taxes and below-average gas taxes, and the Equality State certainly lives up to its name.

And in Florida, homeowners pay less property taxes than the national average and zero tax on groceries. The Sunshine State sounds pretty sunny to us!