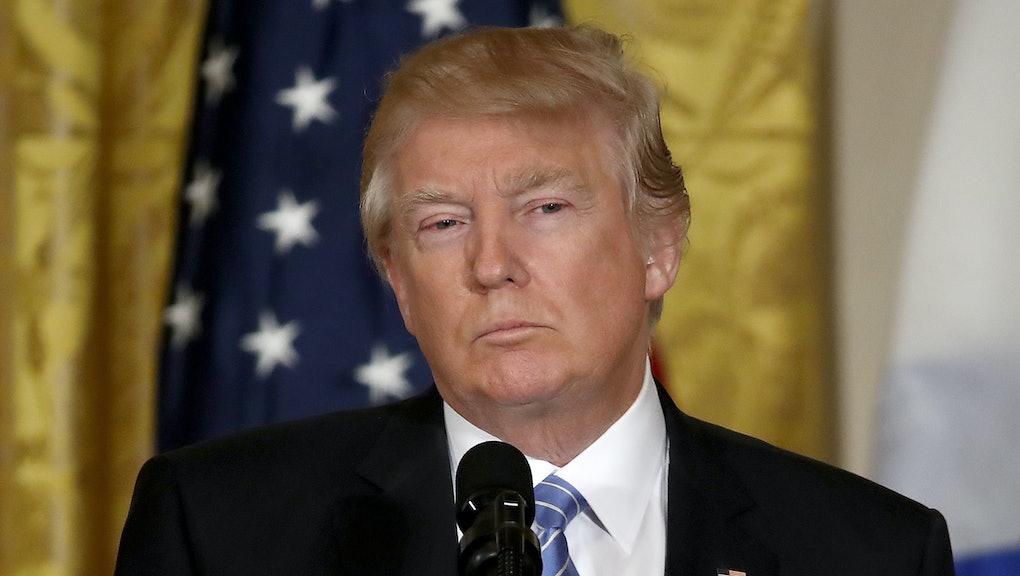 Trump has flipped back and forth on the climate change debate

Politicians often change their minds. Former President Barack Obama supported marriage equality, then opposed it, then supported it again. Obama characterized his changes of heart as an "evolution."  Former Secretary of State Hillary Clinton also saw the light on marriage equality (at around the same time as a majority of Americans began to support it) after opposing it for many years.

President Donald Trump changes his mind more than most. On some of the most pressing issues of the day, Trump has flipped one way and flopped the other many times. Take climate change.

As recently as 2009, Trump publicly supported the idea that climate change was a major threat to the planet. He, along with three of his adult children, signed an open letter to Obama and congressional leaders asking for more expansive laws and regulations to fight climate change, which they agreed was driven by human activity.

In late 2009, hackers leaked a series of emails between climate change researchers at the University of East Anglia. The emails appeared to show that the researchers had doctored data to promote a left-wing political agenda. Trump and right-wing media latched onto the story. "I guess they’re saying it’s a con," Trump said of global warming to Fox’s Neil Cavuto at the time. Trump stuck with it even after several investigations showed the researchers had done no such thing. In a 2016 interview with the New York Times, Trump brought up the debunked scandal as proof that climate change data is unreliable.

Trump’s views got more extreme as time went on. In 2012, he said global warming "was invented by and for the Chinese in order to make U.S. manufacturing non-competitive." In 2013, he claimed it was a "hoax" and, in 2014, called climate change scientists "hoaxsters."

Trump has also referred to global warming as "fictional" and "bullshit."

Trump's been all over the map on climate change lately

But then, in the aforementioned 2016 interview with the New York Times, Trump said he had "an open mind" about climate change and that he thinks there’s "some connectivity" between it and human activity, but told the paper whether we should act "depends on how much it’s going to cost our companies."

Finally, in 2017, Trump announced his pick to head the Environmental Protection Agency: Oklahoma Attorney General Scott Pruitt, a noted climate change skeptic. Pruitt has called climate change science "far from settled," despite the fact that around 97% of peer-reviewed papers published on the topic agree it's real and driven by human activity.