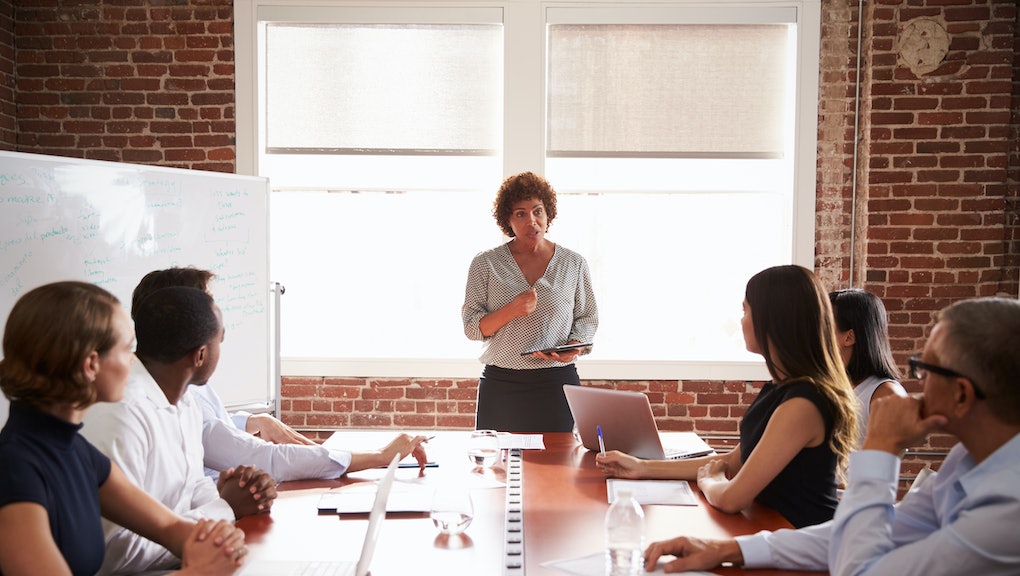 Conflicts at work are never easy to navigate. But what really throws a wrench into a situation is finding, when you go to human resources, that your requests are rebuffed — or complaints ignored.

Former Uber employee and engineer Susan Fowler says she found this out the hard way: In a blog post published Sunday, which has since gone viral, Fowler catalogued her experience being sexually harassed — when her manager allegedly propositioned her — and the retaliation she faced for reporting that harassment to HR.

"I was told ... even though this was clearly sexual harassment and he was propositioning me, it was this man's first offense, and that they wouldn't feel comfortable giving him anything other than a warning and a stern talking-to," Fowler wrote.

Part of upper management's defense, she said, was that the manager was really good at his job. Fowler was reportedly given two options: switching teams or continuing to work with the abusive boss she'd seriously pissed off. "One HR rep even explicitly told me that it wouldn't be retaliation if I received a negative review later because I had been 'given an option' [to switch teams]," she wrote.

There's a reason why the power structure of work environments can discourage reports to HR: 67% of employees say they would feel uncomfortable filing a complaint against their manager, according to a survey from HRIS software consultancy Software Advice.

But the lesson from Fowler's story should not be to stay silent: Even if you aren't confident in your company's ability to resolve a problem like sexual harassment, you must always report it in order to protect yourself, Suzanne Lucas, freelance management consultant and former labor and law consultant for Pfizer, said in a phone interview with Mic.

"Bring it to the attention of someone with authority in the company, or you have no protection," Lucas said. "If you don't complain and you quit, then the company isn't liable."

HR is ideally the place you choose to file a complaint, but if they're unresponsive or ineffective, a senior colleague is another option, she added.

If you still keep hitting walls, you may need to take further measures. Here are three steps you can take to protect yourself — and try to ensure HR does its job properly.

This is absolutely crucial. Even if you're on the fence about reporting bad behavior, keep a record of every instance of it, be it harassment or mistreatment, whenever possible.

That could mean taking screenshots of inappropriate messages, getting a sympathetic colleague to verify via direct message that your boss threw you under the bus in a meeting (so you'll have a written record), or collecting evidence that a manager is making you stay until midnight every day.

If you don't have written evidence, take notes after meetings or during one-on-ones with your boss; make sure to record the date and time, what was said and who was there.

"Taken in isolation, these events may seem trivial, but taken as a whole, it often becomes more clear what's actually going on," Susan Futterman, founder of MyToxicBoss.com and author of When You Work for a Bully, told CNN.

"Some victims may be in denial or discount these events as isolated incidents," she added. "Your written records can document how severe the situation is."

Whatever the issue, do what you can to collect evidence of misconduct, so when the time comes, it makes it that much harder for HR to not act on it.

2. Be sure to know if and when you should go to HR

You might consider going to HR if your boss crosses a line. But if the manager in question is mainly just cranky or unfriendly, the problem might not feel serious or clearcut enough to escalate up the chain. Still, that's not to say it doesn't warrant an attempt to improve the situation.

There isn't a one-size-fits-all approach to handling these conflicts, Lucas said, but the ideal first step is to broach the subject with the manager in question if you think it could be a productive conversation.

"It going well totally depend on the boss," she noted. "There are some people that are bad managers because they've never been trained on how to be a good manager, but they're good people. That's the type of person you should sit down with."

It's best to give specific examples of the problem — but you should also provide suggestions on how to remedy it. If your boss is a micromanager, for example, you could tell them you've been doing a good job on a particular project and you'd really appreciate a little trust and room to run with it.

However, if the treatment is definitely — or even maybe — sexual harassment, racial bias, or discrimination, then it is time to go to HR and report the first instance. Be proactive. Failing to do so can create a snowball effect and make the toxic situation much worse, Lucas warned.

If you receive any kind of retaliation from anyone for bringing an issue to HR, you also should report that immediately: "It is illegal for your company to retaliate against you for filing a harassment complaint," Lisa Guerin wrote for Employment Law Firms.

It's important to clearly lay out your boundaries and show you won't accept harassment for trying to deal with a major — and in some cases illegal — problem at work.

When HR proves useless, there are still steps you can take. Say you aren't getting paid: Employers can face penalties or criminal prosecution for refusing to pay their workers. So get in touch with the agency in your state that deals with violations of wage and hour/labor standards; you can find yours here.

And if HR is unresponsive to a complaint filed against a coworker for sexual harassment, it's time to bring in the law and report the incident(s) to local law enforcement. You can also initiate your own lawsuit against the guilty parties, if you have the resources to do so. Alternatively, you could search for law firms that represent people in such cases pro bono.

Remember, you can take the high road and still protect yourself. And even though it may feel like it sometimes, you are not powerless.