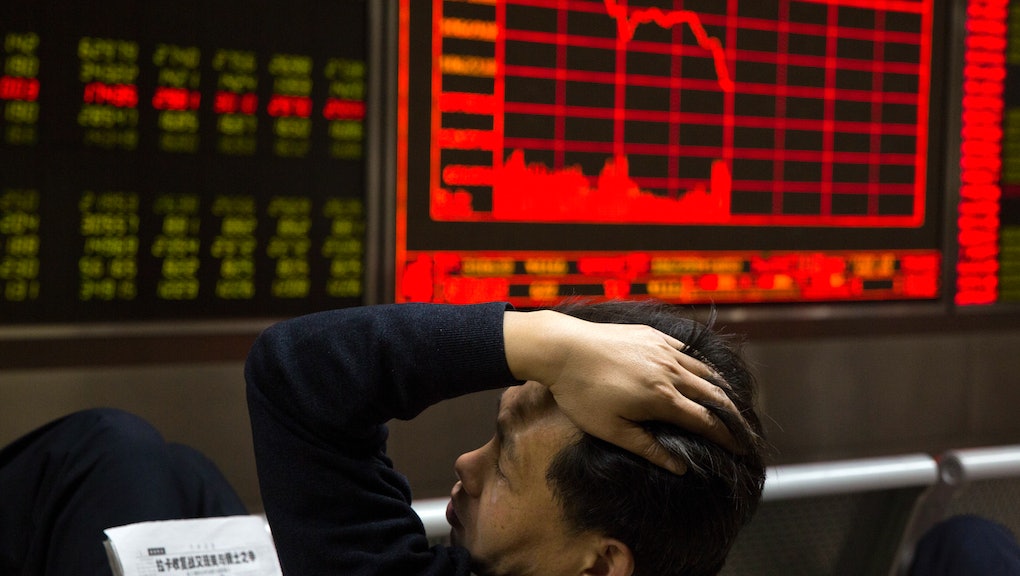 President Donald Trump regularly tells Americans they're getting "killed on trade," a reference to the U.S.'s trade deficit — that is, the amount by which the value of U.S. imports exceeds the value of U.S. exports. In other words, when we're bringing in more than we're shipping out, we're running a deficit.

Trump campaigned on a promise to reduce that deficit. Trump, along with Vermont Senator Bernie Sanders, argues that free trade deals like the North American Free Trade Agreement, or NAFTA, hurt U.S workers. Such deals often reduce the costs associated with the flow of goods between member countries. For example, since President Bill Clinton signed NAFTA into law in 1994, U.S. imports of fruits and vegetables from Mexico and Canada have doubled and tripled, respectively,

The argument is that, while such deals may be good news for U.S. consumers, they make it much harder for U.S. producers to compete against producers from countries where labor is cheaper. Trump claims that, by increasing tariffs on imports, he'll cajole U.S. companies into bringing jobs back to the United States (what some economists call "re-shoring") by effectively making it more expensive for them to operate overseas.

To bolster that argument, the Trump administration is reportedly looking to juke the stats a bit. The Wall Street Journal reported the Trump team wants to stop counting "re-exports" — goods the U.S. imports, then exports unchanged — as exports at all. They will still be counted as imports, however, a statistical trick that will make deficits appear even larger on paper.

But Trump's words don't paint a complete picture of the U.S. trade deficit. For one, the U.S. doesn't run a trade deficit with every country in the world, despite Trump's recent claim that "everything is a deficit."

In fact, the U.S. runs merchandise surpluses (that is, counting only goods, not services) with more than half of the world's countries, data collected by the United States International Trade Commission show.

The problem with tariffs

Trump's plan, to return jobs to the U.S. by imposing tariffs on foreign goods and strong-arming companies one at a time, won't work, most economists say. As Jared Bernstein and Dean Baker noted in the Atlantic in December:

The goal of trade policy should thus be to push back on U.S. trade deficits without distorting current trade flows. Large tariffs like the ones Trump has proposed won't work, nor will preventing offshoring one company at a time, as he did with some of the jobs that the air-conditioning company Carrier was going to shift to Mexico. There are better ways to improve the U.S.'s trade balance — most importantly, the government could take steps to prevent America's trading partners from manipulating their currencies to make their exports to the U.S. cheaper and the U.S.'s exports to them more expensive. But until economists recognize the costs of running a trade deficit in the first place, it'll be hard for the country to address them.

Many economists argue that tariffs will only make things worse for U.S. consumers. If, for example, Trump imposes a 20% border tax on Mexico, an American company buying Mexican products to sell in the U.S. would have to pay 20% more for those goods. To recoup that cost, the company would likely increase the price of its products by 20%. In the end, it's American consumers who would pay more, not Mexico.

One example captures the bigger problem with Trump's tough talk on trade. For all the jobs it's cost Americans, free trade has also made consumer goods, from cars to smartphones, much cheaper. Take the iPhone, for instance: According to Marketplace, currently iPhones are assembled by Chinese workers for about $5 per phone, and they retail for about $650-$800. But if iPhones were assembled by U.S. workers, who can demand higher wages than Chinese workers, they could cost $2,000, or more than twice as much.

The same could hold true for many goods the U.S. imports.

According to reported trade data in 2009, the U.S. had a trade deficit with Mexico of $48 billion and a trade deficit with Canada of $22 billion. This would suggest the U.S. simply buys more from Mexico and Canada than it sells to these countries. However, the economic ties between producers, manufacturers and consumers across borders mean that this is only part of the story. In many cases, U.S. imports from Mexico and Canada are of intermediate goods that are used to produce products which the U.S. then exports back to Mexico and Canada, or the rest of the world.

But whether Trump's supporters actually care about the nuance of trade policy remains to be seen.