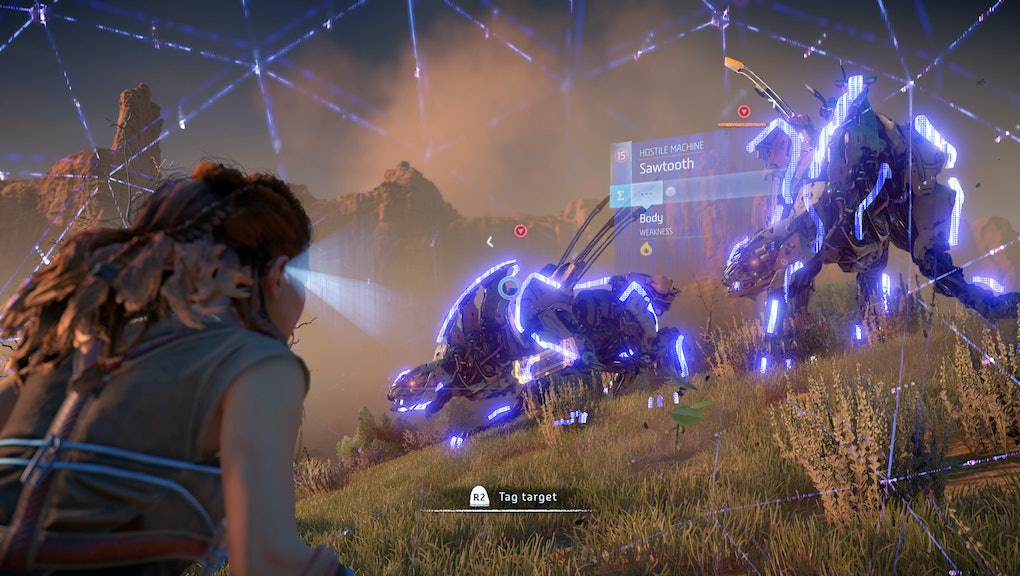 If you're a PlayStation loyalist who's somehow resisted buying a PS4 four years into the console's lifespan (even with the release of the swank new PS4 Pro back in November) and you've kept your PS3 in top condition, you might be wondering when Guerrilla Games will get around to porting that lustrous new open-world RPG Horizon Zero Dawn from the PS4 to the PS3.

After all, Guerrilla Games is owned by Sony. So even if the PC and Xbox One never see a release, it makes sense that a PS3 version of Horizon Zero Dawn could be in the works, right? If you didn't guess, the answer is no. Sadly, there's not really any precedent for making a game backwards compatible like that, and it has to do with console lifespan.

When a new console is released, you'll often see games launch on both the new system as well as the established prior generation's system. For example, Destiny was released on both the PS3 and PS4, and Nintendo is bringing Legend of Zelda: Breath of the Wild to both the Wii U and Switch — though you won't be able to get a physical copy on launch day anymore.

The reason for this is that getting people to switch over to a new console takes time. Developers like Sony understand that you can't just expect people to throw their PS3s in the garbage as soon as the PS4 comes out. So side-by-side releases are a good way to both build the new console's library of games while continuing to support established hardware that's performing well in the market. Of course as developers learn what to do with the new system's hardware, this dual support doesn't last — as IGN's list of upcoming PS3 releases will show you.

So if there was going to be a PS3 version of Horizon Zero Dawn, it would have been released in tandem with the PS4 release, not after it.

Horizon Zero Dawn PS3 Release Date: Ports tend to be lateral or an upgrade, not a downgrade

When a system receives a port, it's usually for one of two reasons. The first is that it would be a lateral movement, like when The Witcher 2: Assassin of Kings was released for the Xbox 360 a year after it had come out on PC with roughly the same graphics.

What's more common nowadays is high-definition rereleases, which are a way to entice people to re-buy games they already have. Like the PS4 Uncharted: The Nathan Drake Collection that came with an HD remaster of the first three Uncharted games. Sony in particular loves to remaster their old games to persuade consumers to buy new systems. They do this by rereleasing them in HD, the argument being that it's that game you loved before, but now it looks even better.

However, that only works if there's an upgrade to offer. If anything, porting Horizon Zero Dawn to the PS3 would be a downgrade from the way it looks on PS4, and that's not likely to entice anyone to buy a PS3 to play it — especially with PS4 Slims being so cheap.

So there you have it. Unless a new wave of retro-gaming takes hold of the community and Sony thinks they can capitalize on it, you're not likely to see many more side-by-side releases for the PS3, and you definitely won't see a port to an older system. It's sad to say, but if you want to hunt robot dinosaurs in Horizon Zero Dawn's post-post-apocalyptic earth, you'll have to pony up for the PS4.

Check out the latest from Mic, including our deep dive into how female Overwatch players are dealing with online harassment, a cool Easter egg in the latest Pokémon Go update and everything that comes in the $300 Shadows of Mordor: Mithril Edition.