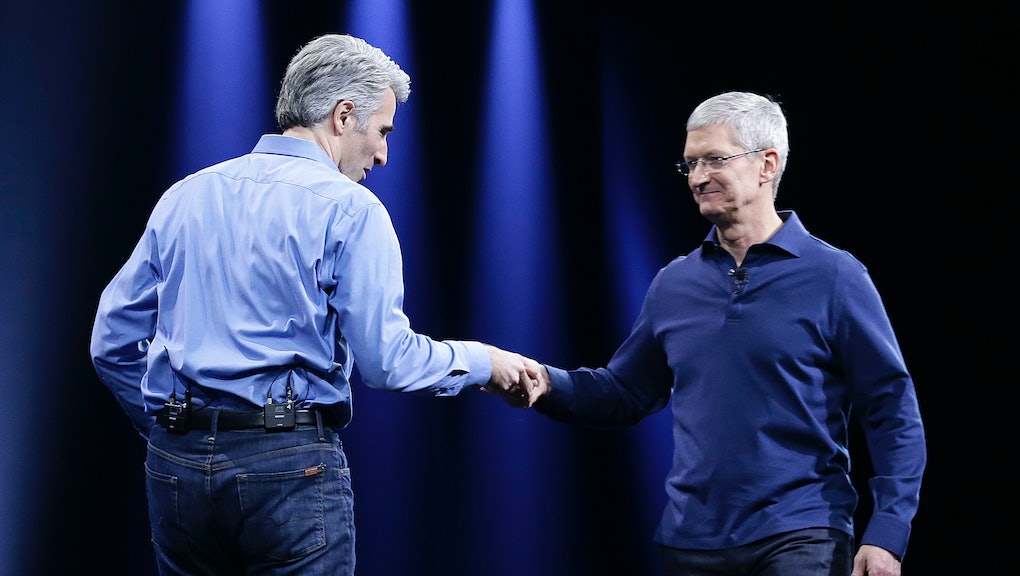 During Apple's shareholder meeting Tuesday, investors voted to reject a proposal that asked the board of directors to "adopt an accelerated recruitment policy" that would increase diversity across senior management and Apple's board.

An anonymous Apple shareholder told Mic that the proposal received 4.91% votes for and 95.09% votes against. The board was re-elected during the meeting.

"Apple successfully duped investors and the public into believing that diversity is not something that should be a priority," an anonymous shareholder told Mic. "As a shareholder, I'm disappointed because I know that Apple's shocking lack of diversity leads to a weaker return on my investment."

Ahead of the meeting, the board recommended that shareholders vote against the proposal.

"Our ongoing efforts to increase diversity are much broader than the 'accelerated recruitment policy' requested by this proposal, which is focused only on Apple's senior management and board," the opposition statement read.

The statement pointed to other diversity measures Apple is taking that focus on the pipeline of applicants, aiming to expand the talent pool.

But these examples don't improve diversity at the highest levels of the company — the problem investor Tony Maldonado, who submitted the proposal along with Zevin Asset Management, intended to remedy.

"Once you hit middle management and you're a person of color, it doesn't seem like there's a lot of opportunities out there as far as Apple is concerned," Maldonado previously told Mic.

Apple's executive team and board of directors are predominantly white and male: Leadership is 62% male and 67% white, according to Apple's latest diversity report. And while the company has seen meager progress in its overall hiring of women and people of color, positions with the most power are persistently homogenous. These positions, arguably, wield the influence needed to enact real change throughout the company, from understanding diverse needs of consumers to ensuring the adoption of effective inclusive practices.

"It's not just a social issue, it's a business issue," Maldonado said. "The moment that one of them has to leave who is going to replace them? We don't have enough people of color in place that might be in the candidacy for filling up one of those spaces. They are going to have to explain not to themselves but to others why is it that they are so resistant in placing people up there, people of color."