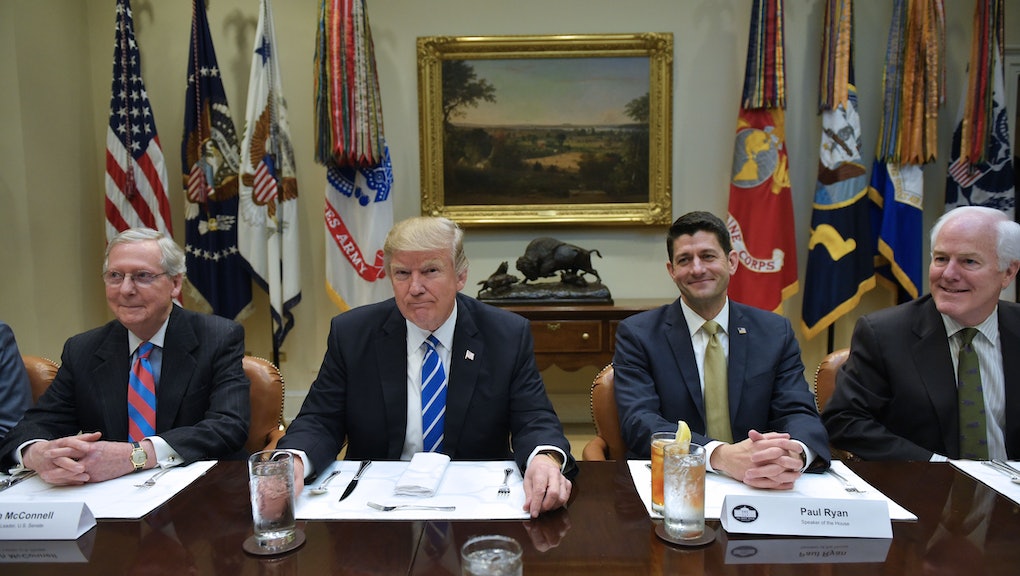 What is merit-based immigration? How Donald Trump wants to change U.S. immigration

On Tuesday, President Donald Trump said the U.S. should use a “merit-based” immigration system.

What does that mean?

Let’s look at the way our immigration system works currently. There are several ways immigrants can legally enter the country.

The first is employment-based immigration: If you get a visa to work in the U.S., we let you in. Most of these immigrants have hard-to-find skills, the kind it takes years of study to acquire. Students working to learn these types of skills can also enter on student visas.

Second is the so-called “green card lottery.” The official title is the Diversity Immigrant Visa Program. Since 1990, the State department has handed out 50,000 visas annually to immigrants from countries with low rates of immigration to the U.S. For 2017, immigrants from Canada, China and Mexico (among many others) aren’t eligible for the lottery because more than 50,000 people from those countries have immigrated to the U.S. in the last five years.

Third is refugee resettlement. The State department defines a refugee as “someone who has fled from his or her home country and cannot return because he or she has a well-founded fear of persecution based on religion, race, nationality, political opinion or membership in a particular social group.” The U.S. took in 84,995 refugees in fiscal year 2016, according to the Pew Research Center.

Finally, there’s family-based immigration. Right now, you can enter the country permanently if a close family member of yours is already here legally-- either as a citizen or as a resident alien (A.K.A. a green card holder). This is the immigration pathway Trump has in his crosshairs.

“Nations around the world, like Canada, Australia and many others, have a merit-based immigration system," Trump said Tuesday. "It is a basic principle that those seeking to enter a country ought to be able to support themselves financially.” He continued:

Yet, in America, we do not enforce this rule, straining the very public resources that our poorest citizens rely upon. Switching away from this current system of lower-skilled immigration, and instead adopting a merit-based system, will have many benefits: It will save countless dollars, raise workers' wages, and help struggling families — including immigrant families — enter the middle class.

What he means is that he wants more "skilled' workers — engineers, doctors et cetera — and fewer "unskilled" — kitchen workers, farm workers and so on. In today’s America, many of these so-called "unskilled" jobs are filled by immigrants. Most undocumented immigrants work in these types of jobs, according to recent Pew research.

Trump may look to Canada to execute the plan

Canada, which Trump praised in his speech, has a merit-based immigration system in which applicants are graded on a 100-point scale. Advanced degrees, work experience and proficiency in English and French all earn a candidate points.

Having studied in Canada, having a spouse who already lives in Canada or having a job waiting for you in Canada also helps. A score of 67 or more is a pass — you’re eligible to immigrate. But that doesn’t mean you’ll get to move to Canada immediately. There’s a backlog.