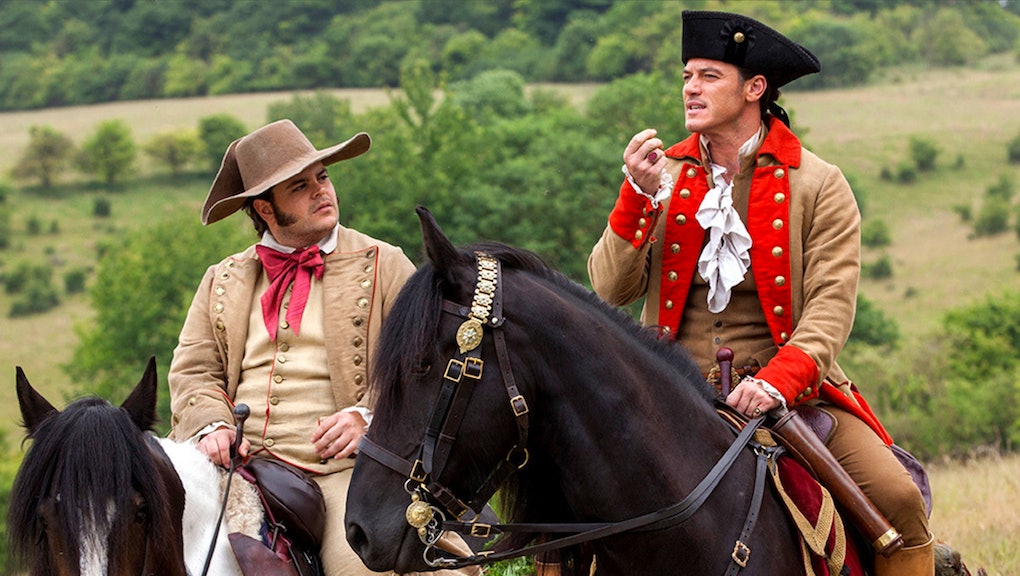 Be our guest. As long as you're straight.

Henagar Drive-In Theatre in Henagar, Alabama, announced on its Facebook page it will not be screening the upcoming live-action Beauty and the Beast adaptation because it features an out gay character.

Since Thursday's announcement, not only has the post been taken down, the entire Facebook page has gone missing.

Thankfully, unlike the curse put on the titular Beast, screenshots are eternal.

"We are first and foremost Christians," the post continued. "We will not compromise on what the Bible teacher. We will continue to show family-oriented films so you can feel free to come watch wholesome movies without worry about sex, nudity, homosexuality and foul language. Thank you for your support!"

Disney announced that LeFou, sidekick to antagonist Gaston, will be an out gay character in this adaptation, which will feature an "exclusively gay moment."

The theater did not immediately respond to a request for comment.

"This by no means is sending a message of hatred or bigotry," owner Carol Laney told WHNT. "However, we are Christians first and foremost and must admit to our Bible and Christianity." Laney said she thought hard about her decision, but that her faith came first.

"We respect the choice of others who choose to respect other movie theaters by watching this move," she said. "However, we hope that you respect our choice not to play it at our drive-in."

WHNT reported a mixed reaction to the announcement on the theater's Facebook page, but the screenshots showed glowing reviews for the theater's Christian message.

"Kudos!" one person wrote. Another wrote, "We must stand against evil if we are followers of Jesus Christ."

If there is one thing movies like Hidden Figures, Rogue One: A Star Wars Story and Moonlight have taught America in the past year, it's the power of on-screen representation, especially for youth. Unfortunately, children in Henagar, Alabama, will have to wait a little longer to bear witness to that kind of progress.