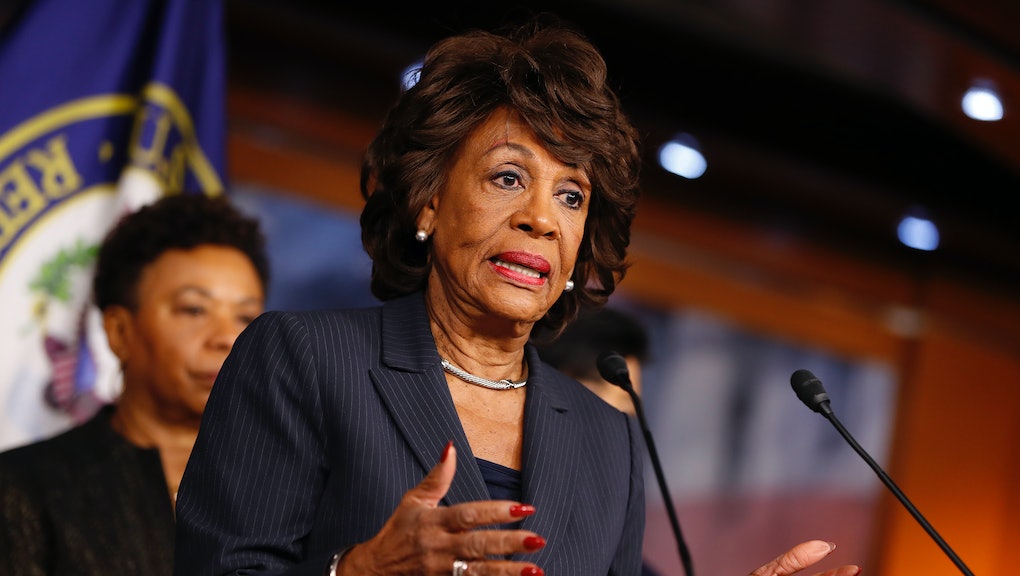 Rep. Maxine Waters casually let the world know that she's been fighting for women's rights for more than four decades in public office when she tweeted this photo of herself on stage with Coretta Scott King at the first National Women's Conference back in 1977:

The longtime California congresswoman has emerged as one of Presidsent Donald Trump's most outspoken opponents since his election last November, going on cable television to say, unequivocally, that she does not support the president.

If you haven't read Elle's R. Eric Thomas on some of Waters's most memorable moments of late, please do. You won't regret it.

At 78, Waters isn't slowing down, proving that a lawmakers' fight for women's rights can and should be a career-long commitment.