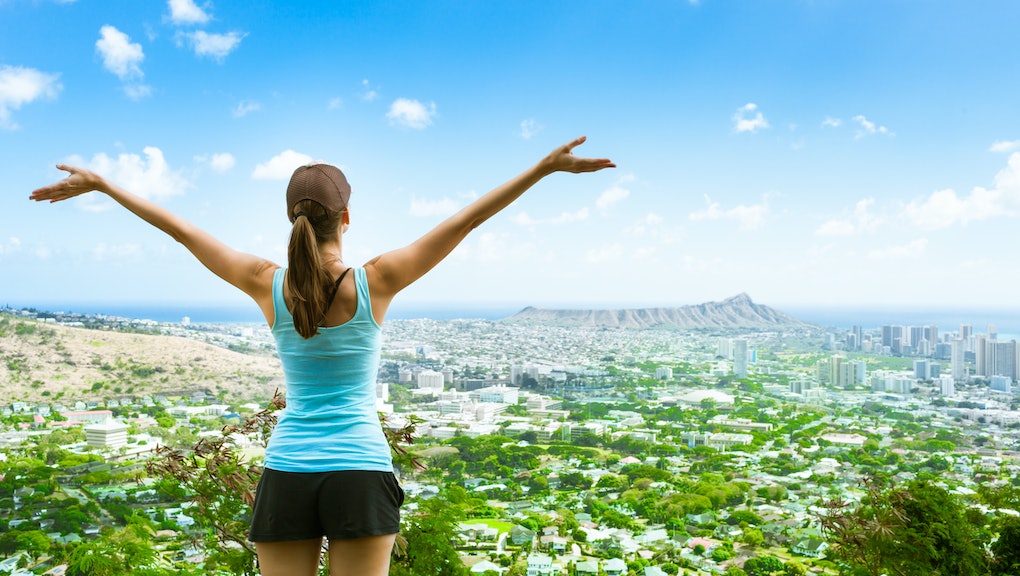 Best places for women: The 10 US cities where the gender equality gap is closing fastest

There's no doubt women in the United States are making economic strides. But just how fast they are catching up with men depends on where they live — and what you measure.

For International Women's Day, the real estate site Trulia measured progress in women's pay, education level and home ownership rate across the 100 largest U.S. cities by comparing census data from 2008 to 2015. Then Trulia narrowed down the top 10 cities where American women have seen the biggest gains.

The study examined data for adults over age 24, specifically examining home ownership rates for single, never married adults; wage data for employed adults; and educational attainment for anyone with at least four years of college. All factors were weighted equally.

The most encouraging finding was that the pay gap between men and women has decreased by more than 7% since 2008. But women still earn only 72 cents for every $1 a man makes, and the wage gap actually increased in 41 of the top 100 metropolitan areas Trulia studied — including tech hotspots like Seattle, San Francisco and San Jose, California.

Globally, U.S. women are still playing catch-up too: When it comes to overall working conditions, American women rank far below those in the average developed nation, according to the Economist's latest glass-ceiling index, which considers factors like maternity rights and workforce participation.

Women in Iceland, Sweden and Norway are more likely to have a college degree than those in the United States. And women in Belgium, Italy and New Zealand face a smaller gender wage gap.

Still, American women in certain parts of the country are seeing big gains. Here are the top 10 U.S. cities where women are closing the equality gap, according to Trulia's research.

The gender pay gap improved by 20% since 2008 for women in Raleigh — who make 85 cents on the dollar earned by men. But single men are still 3.43 percentage points more likely to be homeowners, compared to single women. Women were slightly above men in terms of educational attainment, with a difference of just 0.18 percentage points.

Women are also doing better in Columbia, with the pay gap closing by 19.8% since 2008; women there make 80 cents to every dollar earned by men. Even though the gap is closing, women employed full time in South Carolina lose a combined total of $5.5 billion every year because of the wage gap, according to the National Partnership for Women and Families.

Columbia saw the biggest disparity in homeownership. Men are more likely to be homeowners compared to women — by a margin of 4.22 percentage points. Women, on the other hand, are slightly more likely to have completed four years of college.

Women in Philadelphia saw their pay gap close by 26.9% since 2008 and make 79 cents compared to every dollar earned by men. The education gap is razor thin with men only 0.02 percentage points more likely to have a four year degree than women. However, men outpace women in homeownership by 3.51 percentage points.

The gender pay gap closed by 14.8% in Portland, with women making 82 cents for every dollar earned by men. Men still dominate high-paying fields in Oregon, and the wage gap is widest for high-earning women.

Women in Las Vegas experienced a 30% gender pay gap closure since 2008 and make 85 cents on the dollar compared to men. More good news: Women-owned businesses there increased by 101% between 2002 and 2012, making Vegas the fourth fastest growing city for women-owned businesses.

In both education and homeownership, men continue to dominate, but only slightly: They have a 2.08 percentage-point higher home ownership rate and are only slightly more likely to have completed four years of college.

The gender pay gap also closed significantly in Orlando — by 40% — and today women make 85 cents for every dollar earned by men. Unfortunately, fewer women are homeowners (men beat them by 2.45 percentage points) and are slightly less likely to have attended four or more years of college.

Although women outpace men their same age in educational level (by 0.72 percentage points) and home ownership (0.25 percentage points), they earn just 77 cents to every dollar earned by men, with the gap closing by only 5.4% since 2008. While that's well above the national average of 72 cents on the dollar, it's still a significant gap.

Residents have attributed women's lower wages to an increase in service jobs that women are more likely to hold: "One in 5 women is in a service job," such as a waitress or dental assistant, Todd Johnson, an economist in the San Francisco office of the Bureau of Labor Statistics, told the Seattle Times. "Men are in manufacturing, construction and installation and repair occupations. We might think of them as blue-collar, but they're still pretty high-paying."

Hawaiian women are paid 86 cents for every dollar earned by men — a whopping 14 cents more than the national average. The pay gap in Honolulu has closed by about 14.6% since 2008.

Real estate in Hawaii is among the highest-priced in the country, and more men own homes (by 1.62 percentage points). Women, on the other hand are 1.84 percentage points more likely to have completed four years of college.

Women in New Mexico earn only slightly more than the national average, at 78 cents for every dollar earned by men. Nonetheless, the city's pay gap has improved by a substantial 25% since 2008.

Albuquerque women ranked highest in the Trulia study, with more completing four years of college degrees (by 1.15 percentage points) and being home owners (1.18 percentage points), which helped earned this city the top spot in the ranking of urban centers.