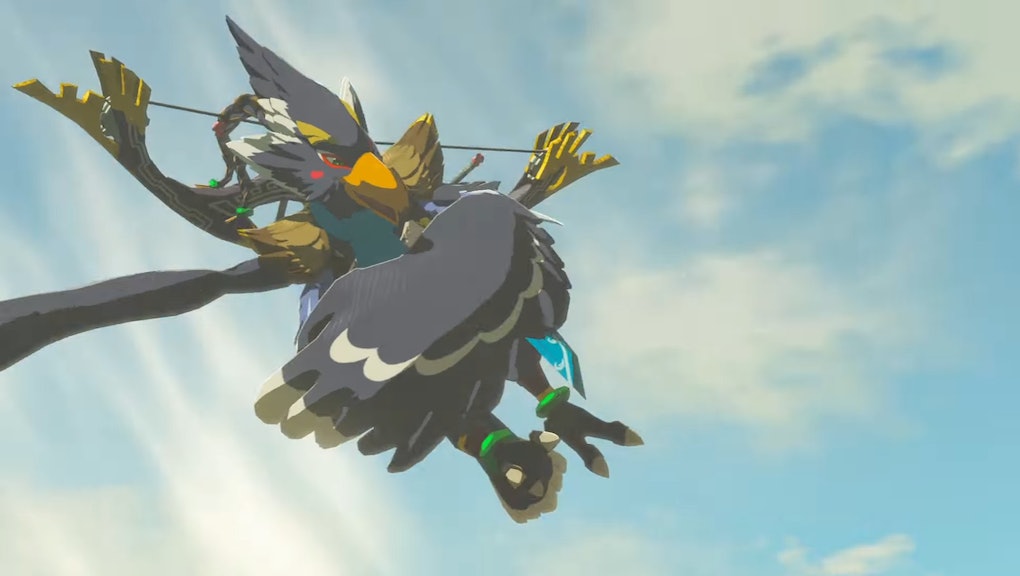 'Zelda: Breath of the Wild' Bird in the Mountains Shrine Guide: How to solve the riddle

Like several other shrines in Legend of Zelda: Breath of the Wild, the particular shrine we're going to talk about today is hidden. The Bird in the Mountains quest and riddle can be solved to help you uncover yet another shrine by way of a bird-like creature named Rito, but it's not easy.

We've solved the Bird in the Mountains riddle in Zelda: Breath of the Wild. Here's everything you need to do to find the shrine and solve the mysteries surrounding it.

Zelda: Breath of the Wild: Bird in the Mountains riddle answer revealed

Start out by visiting Rito Village, according to Gosunoob and confirmed by our own research. You may overhear a young child (that's Rito) telling a story about an important treasure that can be found in a snow white bird's stomach. The story goes like this:

Once upon a time, my grandpa stopped at a big tree while he was climbing a big mountain and looked below him to the northwest. When suddenly he saw a HUGE snow-white birdie with its wings spread wide! As he got a little closer to the snow-white birdie, Grandpa saw something SUPER important inside its belly!

After overhearing the story you need to head to Talonto Peak in Rito Village and scale it. You can find the village in the Hebra region. It can be an arduous journey, going to the top of the mountain, but if you're well-equipped with weaponry and stocked with healing foods and items you should have no trouble getting there eventually.

Once you've gotten to the mountaintop, look for a tree that has a piece of cloth on it. Head toward that tree and then move ahead in a northwestern direction. Look down. You should see something that actually looks like a white bird with spread wings. Use your paraglider to glide toward it. You should see a red shrine come into view. Glide for it and enter. Congrats. You've discovered the Mozo Shenno Shrine.

Zelda: Breath of the Wild Bird in the Mountains: How to solve the Mozo Shenno Shrine

If you're having trouble with this battle, try using the Magnesis power to raise the metal blocks and then hide behind them when the Guardian Scout does a spin attack. Once you beat the enemy you'll complete the shrine and earn your Spirit Orb as a reward.