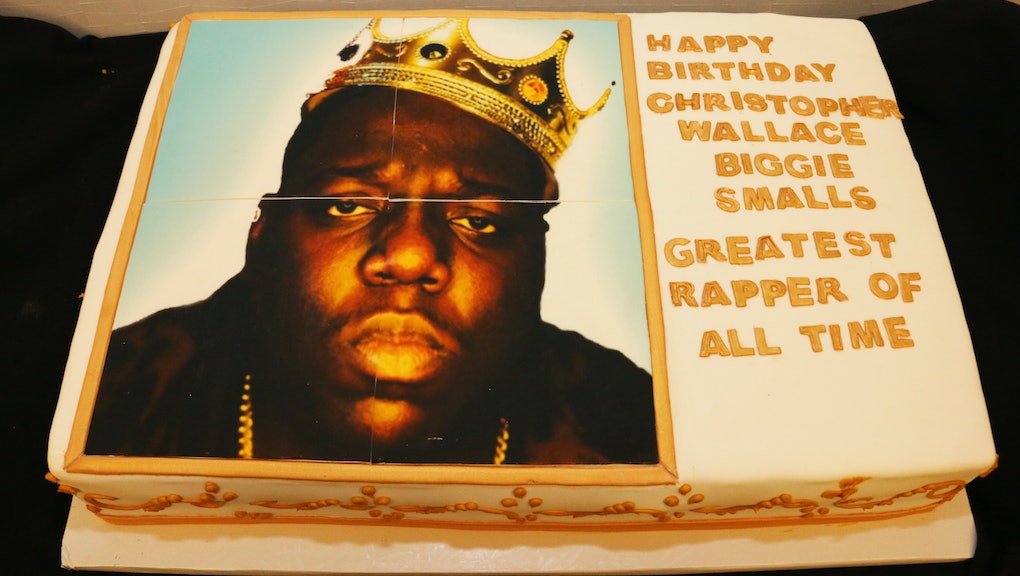 Christopher "Notorious B.I.G." Wallace was gunned down in Los Angeles on March 9, 1997, to close what would become one of the saddest — and most violent — chapters in hip-hop history.

Six months earlier, Biggie's rival, Tupac Shakur, was shot seven times while riding in a car on the Las Vegas strip. He died in a hospital days later.

Both rappers were young — Big was 24, Pac was 25 — and at the height of their fame. And though many conspiracy theories persist about who and what's to blame for their deaths, both cases remain unsolved. This makes them among the highest profile examples of a grim reality: murder in America is notoriously difficult to solve. And it's only getting worse.

According to statistics compiled and examined by the FBI and NPR, if you're killed in America, there's a 1 in 3 chance that police won't find your killer.

In 1965, "clearance rates" for murders — what the FBI calls the rate at which someone is at least arrested for the crime — was 90%. By 2015, that rate had dropped down to 64.1 %. Why? Well, that answer's a bit more complicated. The standards to arrest and prosecute someone are now typically higher than they were in the '60s; DNA evidence can make it easier to clear suspects, thereby dropping overall clearance rates.

But, according to former NYPD detective Vernon Geberth, who spoke to NPR in 2015, the relationship between communities, particularly black ones, and police have gotten worse.

"If there is a distrust of the police themselves and the system, all of these scientific advances are not going to help us," Gerbeth told reporters.

Homicide clearance rates differ from city to city and state to state — you can look yours up here. But by and large, homicides are more likely to go unsolved in poor communities of color. It's what Charles Wellford, a criminologist at the University of Maryland, says is feeding a vicious cycle.

"What is the impact of an unsolved homicide when those unsolved homicides are primarily in the very communities [where] we're trying to build stronger relationships with law enforcement?" Wellford told NPR.

Take Chester, Pennsylvania, for example. A city of more than 33,000 mostly black residents, Chester has one of the nation's highest homicide rates and one of its lowest clearance rates. In 2015, when reporters Edwin Rios and Kai Wright of Mother Jones profiled residents there, not even one-third of 2014's murders had beens solved.

"When cops lack trust in the tiny geographic areas where most shootings occur — and where the penalties for talking to police are well understood —lots of shootings go unsolved, which leads to more shootings, and so on," Rios and Wright wrote.

Two decades after his death, Biggie Smalls represents not just what's most extraordinary about black America — he's arguably the greatest lyricist of all time. He also represents the violence that's so endemic to so many communities in black America, for which few people — or the systems that enable them— are ever held accountable.