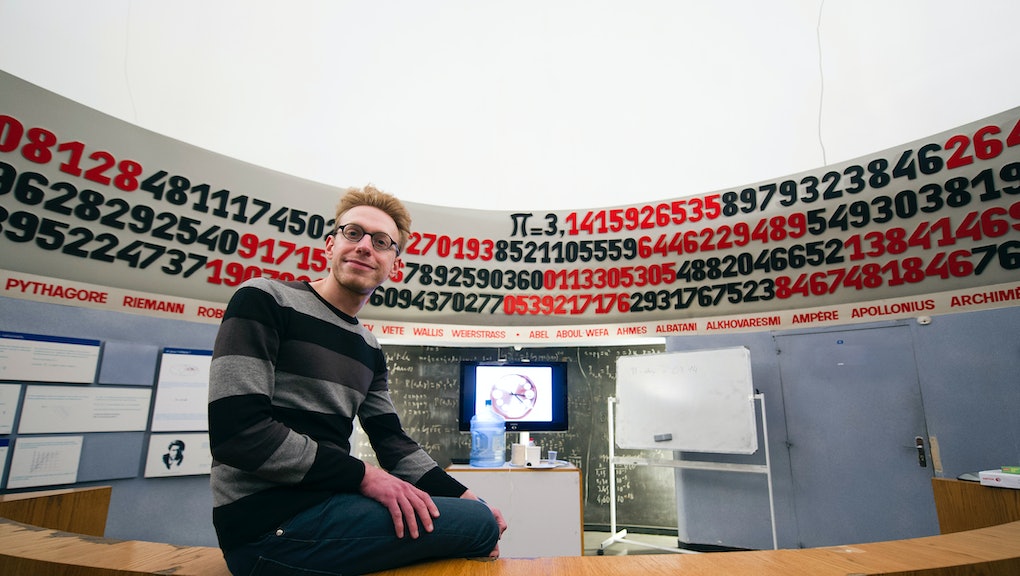 Pi Day 2017: Meet the record-holders for memorizing digits of pi

March 14 is a sacred day among math fans: It's Pi Day, so named because the date is the same as the first three digits of the famous constant of pi — 3.14 — which measures the ratio of a circle's circumference to its diameter.

While most of us only have the first few digits committed to memory, love for the classic number knows (almost) no bounds: Pi actually goes on for at least 2.7 trillion digits, and only 477 people around the world have managed to recite 100 or more of those numbers, as of publication.

Here are the current record holders around the world.

On March 14, 2016, Dayna McClean recited 661 digits of pi in 30 minutes, securing the South African Record, according to Pi World Ranking.

Rajveer Meena set the Guinness record of most pi digits memorized when he recited 70,000 digits in 9 hours, 7 minutes, while blindfolded, on March 21, 2015. Meena is the officially recognized world record-holder by Guinness World Records.

A few months after Meena's stunning feat, Suresh Kumar Sharma, also of India, recited 70,030 digits — but it took him 17 hours, 14 minutes to do so. Sharma, 21, is recognized as the record-holder on the Pi World Ranking List and India's Limca Book of Records, but not by Guinness World Records.

As the Guardian reported, Akira Haraguchi claims he is the unofficial record-holder for reciting digits of pi. In 2006, Haraguchi reportedly recited 111,700 digits in 16 hours, 30 minutes, but his public recitation hasn't been formally recognized by Guinness World Records.

According to Pi World Ranking, Karan Loomba is Australia's record-holder. In October 2016, Loomba recited 10,533 digits of pi in 4 hours, 4 minutes.

Marc Umile of the United States holds North America's record, clocking in 15,314 digits in July 2007. The first five digits of pi are 3.1415, making Umile's record a pleasant complement to pi itself.

On May 17, 2015, Juan Pablo Duque captured both Colombia and South America's record by reciting 857 digits in 23 minutes.