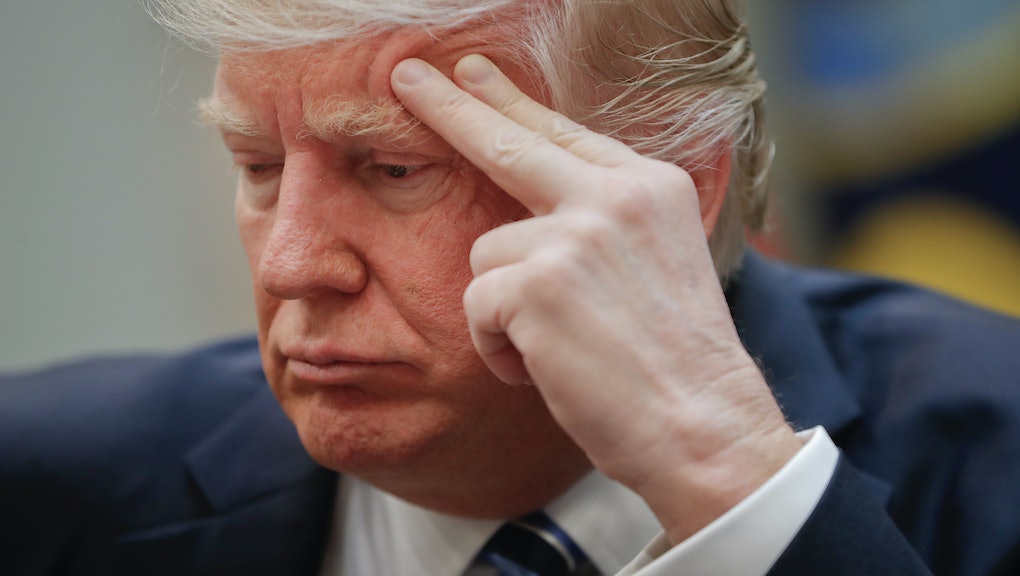 But how much are your health care costs actually likely to change if Republicans get their bill passed?

It depends on how healthy you are, your age and where you get your health insurance.

The young and healthy could save

If you're young and healthy — if you don't necessarily need health insurance, in other words — you'll probably end up paying less. That's because you won't be fined for not buying health insurance like you were under Obamacare.

The fine is no joke. It’s calculated one of two ways: either as a percentage of your household income or as a flat dollar amount, whichever is higher — either way, it tops out at just over $2,000.

For some, it made more sense financially to not buy health insurance and take the hit, instead. If you're one of those people — of which there were about 10.5 million in 2016, according to the White House — you'll pay less.

If, like most Americans, you get your insurance through your job, you could end up paying more. There are a couple reasons for that.

Some employers will be affected because the AHCA tinkers with a provision of Obamacare that requires employers with more than 50 employees to offer "affordable" and "adequate" health insurance or face tax penalties — the so-called "Employer Mandate."

Under the ACA, employers could face fines of up to $3,240 per employee if they don't offer affordable coverage. Under the AHCA, they'll no longer face those fines, essentially letting companies off the hook. But some estimates show that the Employer Mandate actually didn't have much impact on the insured rate.

If you work for an employer who offered health insurance as a benefit before the ACA came along, you could also end up paying more. That's because several options floated by Republicans, including Secretary of Health and Human Services Tom Price and Speaker of the House Paul Ryan, propose increasing taxes on employers who provide health insurance as a way to offset the loss in revenue that will come from repealing taxes imposed by the ACA.

For many years, employer-paid premiums for health insurance have been exempt from federal income and payroll taxes, resulting in cheaper insurance premiums for employees. But since the time of Ronald Reagan, Republicans have argued this is a bad system because it acts as an endless federal subsidy on health care and costs a lot. The Congressional Budget Office, for example, projects that untaxed benefits paid by employers will cost the federal government $3.6 trillion over the next decade.

If Republicans manage to get rid of the tax benefits on job-based coverage, costs will likely be passed on to consumers — in other words, if you get your insurance through your job, it will cost more.

The oldest individuals will pay much more

Those hit hardest by the AHCA will be the elderly. That’s because, while both the ACA and the AHCA limit the amount insurers can charge older Americans as compared to younger ones, the AHCA's limits are much less strict.

On average, the CBO projects premiums for those buying insurance for themselves would increase 15 to 20% in 2018 and 2019. Because of that — and because some healthy people will just opt out of insurance altogether — about 14 million Americans would lose coverage under the AHCA in 2018 alone; that number would climb to 24 million by 2026. However, by 2026, average premiums would decline by about 10%, the CBO found.

So, if you manage to hang on to your health insurance for the next 10 years, you might actually see some savings.