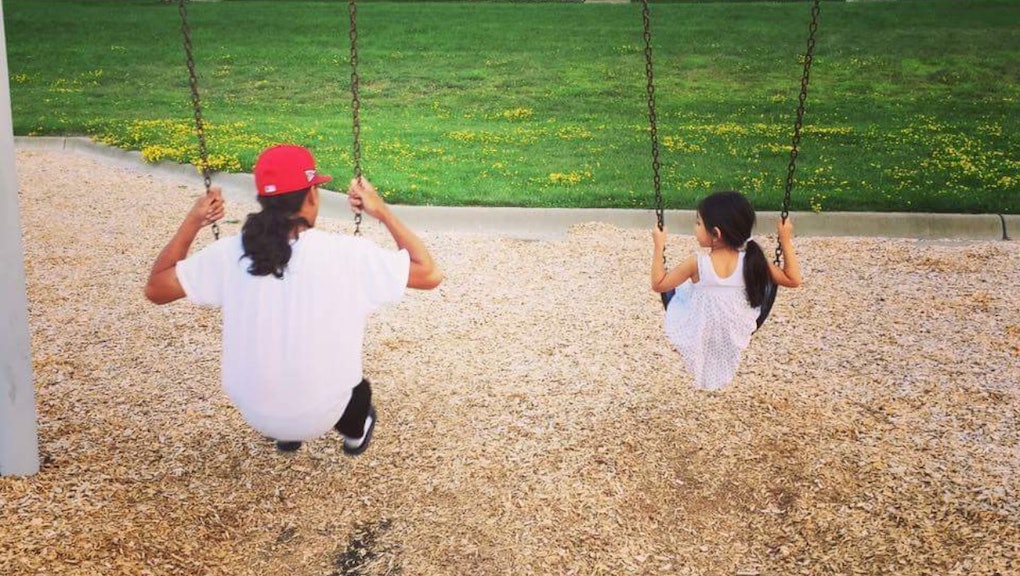 36 Cambodian refugees could soon be deported. This man's story will break your heart.

Chamroeun Phan grew up in St. Paul, Minnesota, and, by all measures, isn't a menacing guy. At 34, he's slight of build, a brown-skinned Cambodian-American who wears a long black ponytail, rocks Milwaukee Brewers baseball caps, and has an affinity for flyfishing in the summer. His friends nicknamed him "Shorty," and for four years he worked as a repair engineer at a local technology company that specializes in making equipment that businesses use to make everyday transactions — barcode scanners, mostly.

The one big blemish on Phan's record is the night in 2009, when he broke three windows at a bar that he often went to play poker with his then-fiancé and six older brothers and sisters. Even the bar's owner said that he was a "great person" but had "a little too much to drink." Still, Phan was charged with felony first-degree damage. He spent 40 days in jail, and then moved on.

But, seven years later on Aug. 28, 2016, Phan was detained by Immigration and Customs Enforcement officials. His time in jail had made him a "criminal alien," and he suddenly found himself being threatened with deportation back to a country that he's never seen. So far, he's spent more than 200 days in detention — five times the amount of time he spent for breaking the bar's windows.

Phan is among one of at least 36 Cambodian refugees who are currently being held in immigration detention facilities scattered across the United States, according to advocates and attorneys who spoke to Mic. Many of them committed nonviolent crimes and have already served their time in jail or prison. More than two dozen of them escaped Cambodia's Khmer Rouge regime, a violent communist dictatorship led by Pol Pot that ultimately led to the deaths of half a million people, and were part of the largest refugee resettlement in United States history. Some of them could be deported in a matter of days.

Collectively, their cases represent the failures of broken immigration and criminal justice systems that are much larger than Donald Trump, but are nonetheless being exploited by a Trump administration that's bent on enforcing its own version of law and order in which the most vulnerable pay the price.

On Wednesday, a federal judge in Hawaii blocked a revised executive order signed by Trump that would drastically curtail immigration to the United States. The ban would also have enacted a four-month pause to the country's refugee resettlement program, which allows tens of thousands of people fleeing violence in their own countries to move to the U.S.

While Donald Trump's potentially unconstitutional ban has sparked plenty of controversy at home and abroad, this much smaller but similarly damning crisis has been brewing just under the radar. The cases of these 36 Cambodian refugees offer a glimpse into the hardships faced by refugee communities once they reach the U.S., obstacles that in some cases can put them face-to-face with the violence from which their families fled.

Phan was born in a refugee camp in Thailand in 1983. His family had fled Cambodia's Khmer Rouge regime in the '70s, where roughly 21% of the country's population was killed.

Phan was the youngest of seven children and came to the United States with his family in 1984. The children, along with their parents, settled in St. Paul, Minnesota. The family was part of a massive wave of over 1.5 million Cambodian refugees who were resettled in the United States after 1975.

Resettlement wasn't easy. Phan was picked on by other kids in his neighborhood who called him "gook," a racist slur used against Asians, and the family survived with the help of public assistance. By the time he was a teenager, he and other Cambodian kids in his neighborhood banded together for protection, and eventually began to get into trouble.

Anoop Prasad is a senior staff attorney at Asian Americans Advancing Justice, a San Francisco-based legal advocacy organization that's been working with several Cambodian refugees who are being held in detention. Prasad says that Phan's story is common.

"I've probably talked to hundreds of Cambodian people who are facing deportation over the years and their stories have very similar threads," Prasad said in a phone interview.

There are three major threads, to be exact. First, many refugees lost a majority of their families to the genocide. Second, they were resettled in communities in the United States, places like Long Beach and Stockton in California and Providence, Rhode Island, places that were underresourced and plagued by violence. And third, they joined together with groups of neighborhoods kids — later labeled gangs — for protection, and often got into trouble with the law.

"A lot of them went to prison during the '90s in this period of hyper-incarceration starting when they were juveniles," Prasad said.

That period of mass incarceration coincided with a new repatriation agreement between the United States and Cambodia in 2002, which made it easier for Cambodian nationals to be deported back to the country. Since then, roughly 600 Cambodians have been deported.

Phan's trouble came to a head in 2009, when he was charged with a felony after he broke the windows in the bar. His public attorney encouraged him to plead guilty to the charge, which he did.

After he was released from jail, Phan turned his life around. He paid $1,460 in restitution for damages to the bar and served his parole. He got a job as a repair engineer at a local technology company, got married and had a daughter.

But in 2011, he tried to renew his green card. That's when he learned from Immigration and Customs Enforcement his time in jail made him a "criminal alien," and he was eligible for deportation.

Meanwhile, America's deportation system was becoming a dragnet. President Barack Obama deported 2.5 million people during his presidency, more than any other president, including more than 530,000 immigrants with criminal convictions. Though the Obama administration vowed to focus its deportation efforts on "felons, not families," a 2016 investigation by the Marshall Project found that 21% of deportees were people like Phan, who had been convicted of nonviolent offenses.

Phan was ordered to check in with ICE every six months to renew his work permit. Then he was detained by ICE officials in August. He's been in immigration detention centers — first in Minnesota, then in Louisiana and now Arizona — ever since.

"My dad was a freedom fighter for the United States during the Cambodian War," Chum said in a phone interview. "For the U.S. to try to deport his youngest son to a country that he fled from is just not right."

And he's not alone. He's one of a group of Southeast Asian immigrants now known as the Minnesota 8, all but one of whom now face deportation. The families of all eight refugees have advocated publicly and tirelessly on their behalf, even going to Washington, D.C., to meet with California Congresswoman Judy Chu. In October, Minnesota Rep. Keith Ellison and the Congressional Asian Pacific American Caucus even sent a letter to then-Secretary of Homeland Security Jeh Johnson in support of the detained refugees.

"We should not be in the business of separating families or deporting people we promised to protect for minor, nonviolent, or old offenses," the letter read.

Phan's supporters have also spoken out. They include the owner of the bar whose windows he was convicted of breaking in 2009. That owner, Gloria Caselius, even wrote a letter in support of him that read, in part, "I think it is incredibly unfair, and I am completely saddened that a changed man will be deported to a country he has never stepped foot in for a small crime he committed while he was younger."

Caselius continued: "I feel it is extremely unjust to send a man to a country his family fled because of war that led to the genocide of over 2 million people."

But now his family and supporters worry that the attention drawn to Phan's case may have made him even more vulnerable to deportation given the hostile anti-immigrant climate of the Trump administration.

Katrina Dizon, immigration policy manager at the Southeast Asia Resource Action Center, said in a phone interview that the current climate "emboldens ICE to act more boldly." Of the 36 Cambodian refugees who currently face deportation in the United States, the Minnesota 8 are slated to be deported first.

"This is the first time [my brother] has been detained by ICE, and now they're in the process of deporting him," said Chum, Phan's sister, in tears. "His life has been completely transformed."