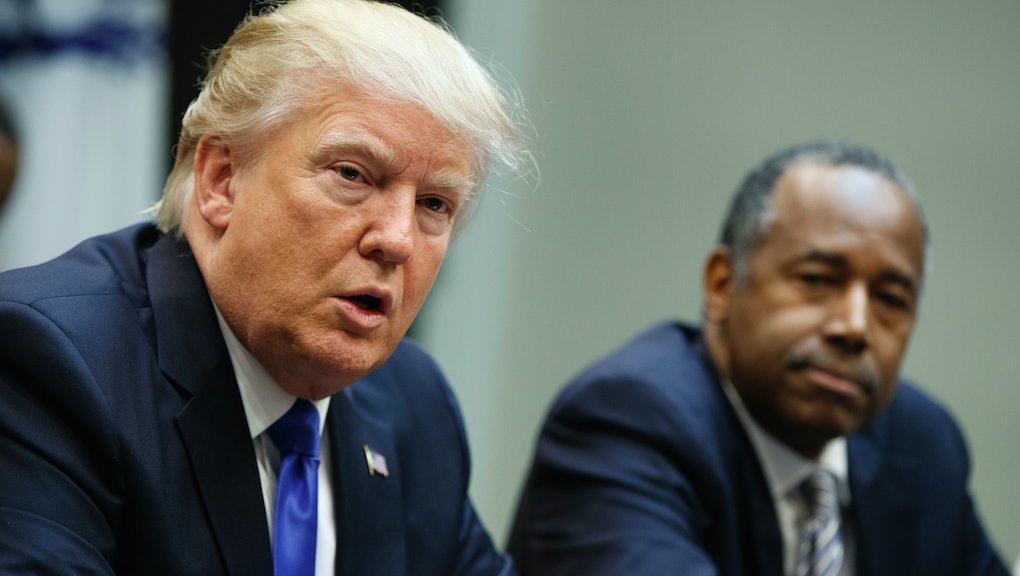 President Donald Trump plans on cutting the Community Development Block Grant Program — a community development program dating back to the Ford administration that helps fund Meals on Wheels — as part of his budget that would eliminate a dozen departments while setting aside $1 billion for his United States-Mexico border wall.

The budget, which was released Thursday, would slash the Department of Housing and Urban Development's funding 13.2% and eliminate the CDBG entirely, claiming the program "has not demonstrated results."

"The Federal Government has spent over $150 billion on this block grant since its inception in 1974, but the program is not well-targeted to the poorest populations and has not demonstrated results," the budget proposal says. "The budget devolves community and economic development activities to the state and local level, and redirects federal resources to other activities."

But the program has had bipartisan support from the start and has served as the "lifeblood for many cities," according to Stephen Glaude, CEO of the Coalition for Nonprofit Housing and Economic Development and a former HUD undersecretary in George H.W. Bush's administration.

"It's considered one of the most flexible federal programs in that it allows local communities to determine their greatest needs," Glaude told CNBC.

The CDBG provides annual grants to state and local governments to fund a variety of community development initiatives, including Meals on Wheels, which provides meals and safety checks to the elderly. According to CNN, Meals on Wheels says most of its funding comes from individual contributions and grants from corporations and foundations, but receives about 3% of its funding from federal grants. The extent to which the proposed funding cut would impact the organization is not yet clear.

Meals on Wheels currently serves more than 2 million seniors each year across the country and saves taxpayers billions in health care costs, the organization says. According to their website, Meals on Wheels home visits to seniors helps decrease the rate of falls, which cost $34 billion per year.

The CDBG funds a wide range of initiatives, including ones related to affordable housing, disaster relief and neighborhood stabilization for communities impacted by foreclosures and abandoned structures.