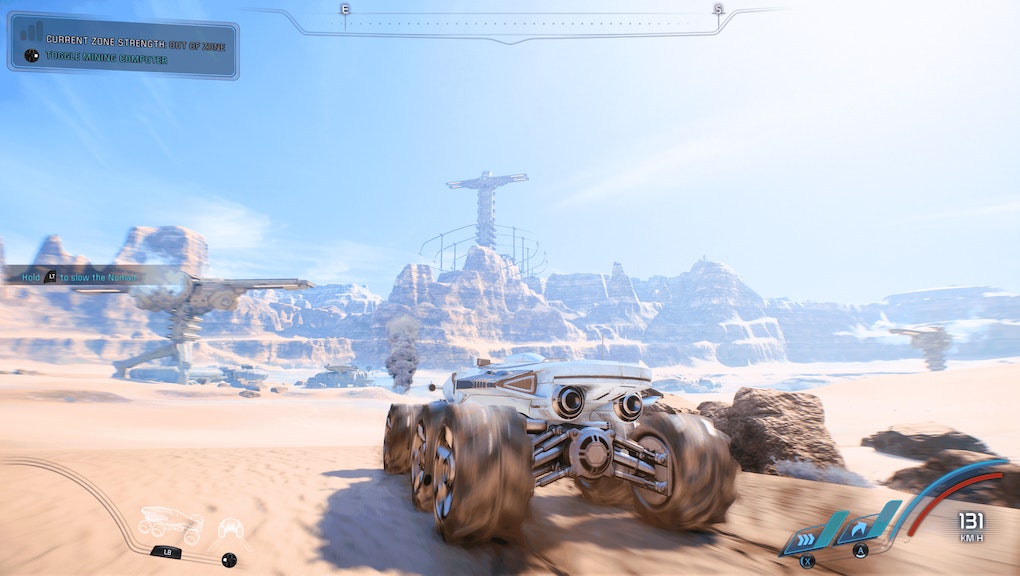 'Mass Effect: Andromeda' Eos Radiation: How to protect yourself on the planet

Mass Effect: Andromeda is full of anomalies and strangeness across the planets you're meant to explore. Eos, the first planet you come across, has its own set of hazards that stem from harmful radiation. After personally dealing with the radiation in-game for some time, here's our guide on how to to keep yourself safe from Eos radiation.

While exploring Eos on foot or via your Nomad vehicle, you'll encounter several areas where your companion SAM will warn you of the elevated radiation levels. These are extremely harmful to you and will kill you if you don't handle things carefully. Eos is positively dripping with the stuff, so you've got to make sure you're safe while navigating your new Pathfinder duties.

You'll need to continue moving ahead and avoid straying from the main quest areas if you don't want to end up dying from the radiation, as there are areas that will just sap your health in seconds. You're not really meant to be in those spots on your first visit to Eos anyway, so stick to the main quest missions and follow the paths while on your first departure there. The Nomad has shields that protect you from radiation via its life support systems, but they aren't going to last forever. SAM will warn you if you're in an area with higher radiation levels than other places, so just heed his warnings while driving around.

You'll notice there are shields around some areas on Eos, like settlements, where you let your Nomad's life support systems recharge. You can also roam around freely within these areas outside of the Nomad. Just make sure you watch for warnings and head for safety when you're in danger. That's the key to surviving Eos radiation. Keep these tips in mind for similar environmental hazards you'll encounter on other planets throughout the game.

For more on everyone's favorite space opera, check out the rest of what Mic has to offer. Here's a story about the horrifying harassment campaign carried out against a former BioWare employee, a guide on romancing Keri, a guide to romancing Reyes and a quick explainer on the different types of health in Andromeda.