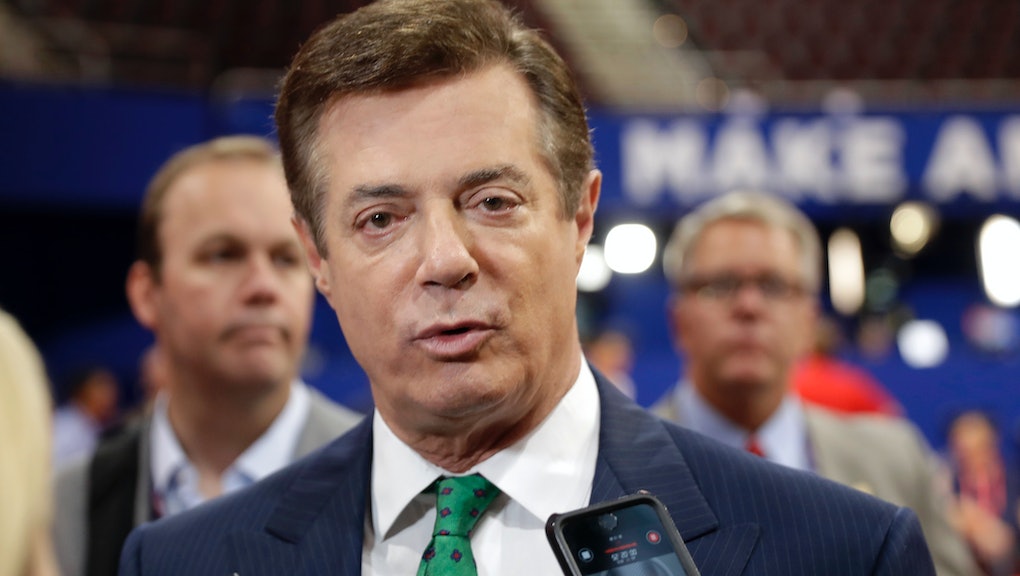 The Trump administration is on the defensive after the Associated Press reported that, as recently as 2009, President Donald Trump's erstwhile campaign manager, Paul Manafort, worked secretly to influence "politics, business dealings and news coverage" in the United States, Europe and former Soviet Republics to the benefit of Russia.

There is, however, another Manafort scandal, less widely reported, that could further damage the administration's credibility in the face of multiple congressional investigations into the ties between Trump and Russian President Vladimir Putin.

On Tuesday, a Ukrainian lawmaker released documents that he claims show Manafort hid payments from the Party of Regions, a pro-Russia political party whose former leader, Viktor Yanukovych, was ousted by pro-Western protesters in 2014 and fled to Russia.

"Serhiy Leshchenko, a lawmaker and journalist, released a copy of an invoice on letterhead from Manafort's consulting company, based in Alexandria, Virginia, dated Oct. 14, 2009, to a Belize-based company for $750,000 for the sale of 501 computers.On the same day, Manafort's name is listed next to a $750,000 entry in the "black ledger," which was considered a party slush fund. The list was found at the party headquarters in the turmoil after Ukraine's 2014 revolution. The ledger entries about Manafort were released by the National Anti-Corruption Bureau of Ukraine, a government law enforcement agency, in August."

Manafort allegedly laundered the payments through offshore accounts in Belize and Kyrgyzstan.

"I have found during this investigation that [Manafort] used offshore jurisdictions and falsified invoices to get money from the corrupt Ukrainian leader," Leshchenko said, according to the Post.

The news has the Trump administration on the back foot.

Also on Monday, FBI Director James Comey confirmed that his agency is investigating "any links between individuals associated with the Trump campaign and the Russian government."