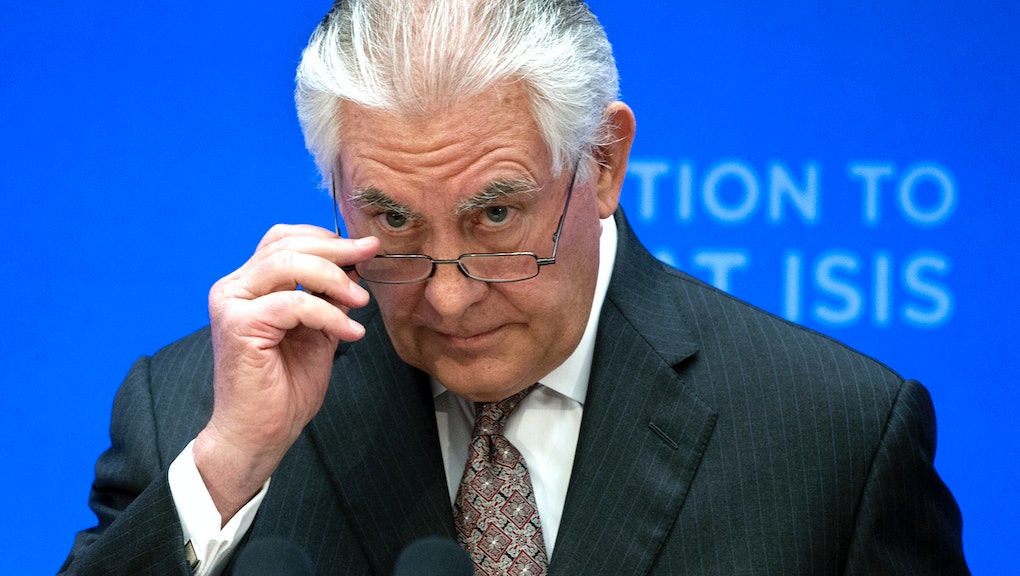 Why is Rex Tillerson skipping the NATO meeting?

On Monday, U.S. officials said Secretary of State Rex Tillerson will skip what would have been his first official meeting with the foreign ministers of NATO members. Instead, Tillerson will travel to Russia.

The move will likely fuel speculation about the Trump administration’s ties to the Putin government and its commitment — or lack thereof — to the NATO alliance.

With Russia’s recent aggression toward former Soviet Republics, including Georgia and Ukraine, onlookers worry that NATO, which was created as a bulwark against the U.S.S.R., is becoming increasingly necessary at a time when the administration views it as a drag on the U.S.

"Donald Trump's administration is making a grave error that will shake the confidence of America's most important alliance and feed the concern that this administration is simply too cozy with Vladimir Putin," Rep. Eliot Engel (D-N.Y.), said in a statement.

"It feeds this narrative that somehow the Trump administration is playing footsie with Russia," a former U.S. official said, according to Reuters.

The administration said that Tillerson would meet with representatives from 26 NATO members at a Wednesday gathering of the anti-Islamic State coalition in Washington, D.C, where NATO’s secretary-general was also present.

But Tillerson’s absence in Brussels will be felt, especially given recent comments by Trump and Secretary of Defense James Mattis.

Trump claimed Germany, a close ally to the U.S., owes "vast sums of money" to the alliance. And, Mattis said, America might "moderate its commitment" to the alliance if other members don’t "show support for our common defense."