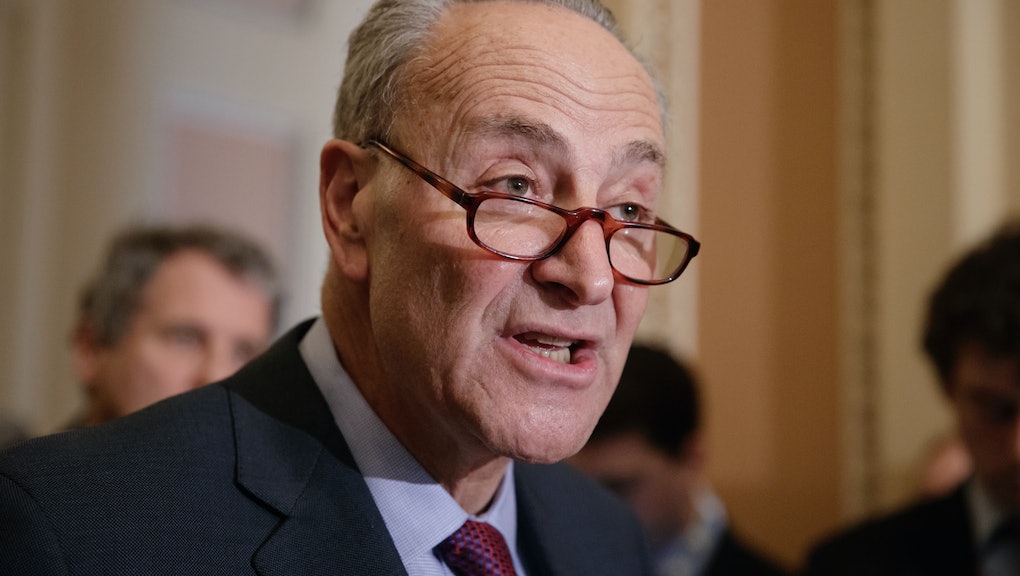 What is a filibuster? Here's the meaning of the political strategy used to block votes in Congress.

In the Senate, any debate could technically last forever because of a rule requiring 60 senators to agree to force a vote. If 60 senators don't agree to a vote, the debate could feasibly just keep going — unless the majority party deploys what's called the "nuclear option," which changes the filibuster rules and requires only 51 votes are required to shut off debate, according to the Cato Institute.

The filibuster is a parliamentary trick used by the minority party to try to stop legislation they don't agree with from coming to a vote.

From swashbucklers to senators

The origins of the word "filibuster" are somewhat murky. According to NPR, it first showed up in the Oxford English Dictionary in 1591 as the word "flee-booters." The word was applied to loquacious legislators in 1890 who sought to interfere with Senate business.

"Filibustering senators were, by extension, pirates raiding the Congress for their own political gain," host Melissa Block said on NPR's All Things Considered in 2005.

According to Sarah Binder, a senior fellow at the Brookings Institution, the filibuster exists by mistake. Testifying before the Senate Committee on Rules and Administration in 2010, Binder said that contrary to popular belief, the filibuster wasn't intended as part of the Senate's original design.

"The most persistent myth is that the filibuster was part of the founding fathers’ constitutional vision for the Senate," Binder said. "It is said that the upper chamber was designed to be a slow-moving, deliberative body that cherished minority rights."

Rather, the filibuster exists because Aaron Burr said it should. In 1805, Burr pointed to a rule that would later be used to cut off debate — known then as the "previous question motion" — as an example of a redundancy in the Senate's rulebook, Binder testified. It wasn't until 32 years later that a senator used the loophole to drag out a discussion indefinitely, effectively paralyzing the chamber.

In 1837, a group of Whig senators who opposed Andrew Jackson filibustered to prevent Jackson's allies from "expunging a resolution of censure against him," according to the Atlantic. The filibuster's habit of gumming up the legislative process drew the ire of various senators, who tried unsuccessfully to abolish the rule in 1850, 1873, 1883 and 1890. They finally succeeded in 1917 when they created the "cloture" rule, which allows a supermajority of 60 senators to end debate.

Getting 60 senators to back a controversial piece of legislation is usually a tall order, so the threat of a filibuster is often enough to shut down debate.

Today, senators don't have to keep talking to filibuster a bill, as noted racist Strom Thurmond did for more than 24 hours in 1957. Thurmond, who opposed the Civil Rights Act, holds the record for the longest filibuster at 24 hours, 18 minutes.

In recent years, some members of the majority party have suggested doing away with the filibuster entirely, though Senate Majority Leader Mitch McConnell seems uninterested in that proposition. For now, the filibuster is here to stay.

Assuming Republicans don't take the "nuclear option," it's likely they'll have to compromise with Democrats if they want to see Gorsuch confirmed to the nation's highest court.