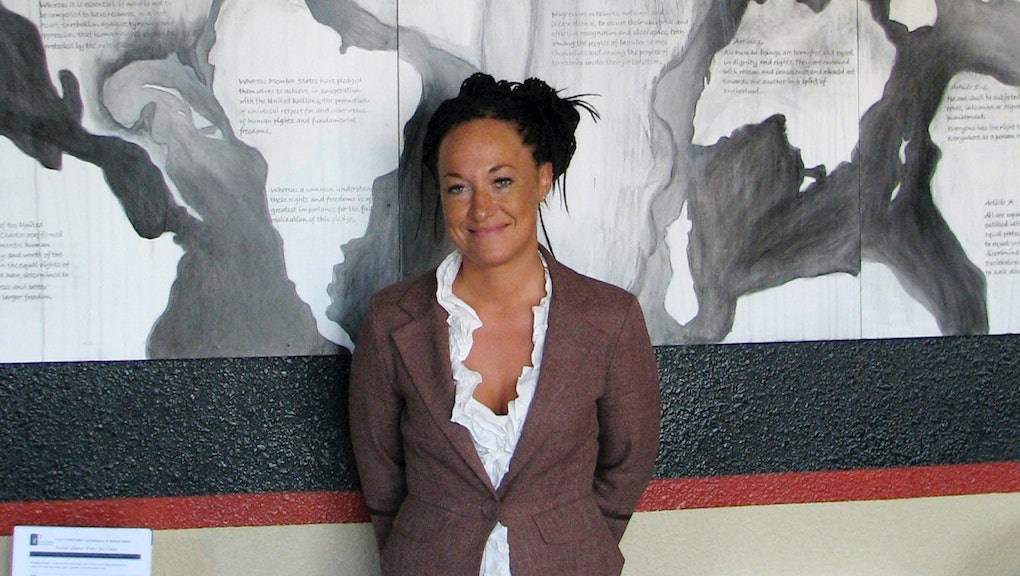 The #ActualBlackWomen hashtag is the perfect clapback to Rachel Dolezal's identity

Being black is apparently not an important requirement to talk about what it means to be black in America. Because Rachel Dolezal is doing it at the New York Times to help promote her new book, In Full Color: Finding My Place in a Black and White World.

The former chapter president of the NAACP in Spokane, Washington, whose parents outed her as white, has been invited to offer her thoughts on race during a Facebook Live discussion at the paper of record on Tuesday.

There are, of course, no shortage of black women — writers, academics, thought leaders — who could offer their thoughts on the matter. But that wouldn't be nearly as interesting, apparently.

So on Tuesday, black women are taking to Twitter and using the hashtag #ActualBlackWomen to highlight black women authors who could actually say something of substance on the matter. The hashtag was started by Eve Ewing, a postdoctoral scholar at the University of Chicago:

By insisting on her blackness, Dolezal has continued to do nothing but reaffirm the worst of white privilege by taking up valuable space that could otherwise be occupied by black women. But I guess we all love a spectacle.