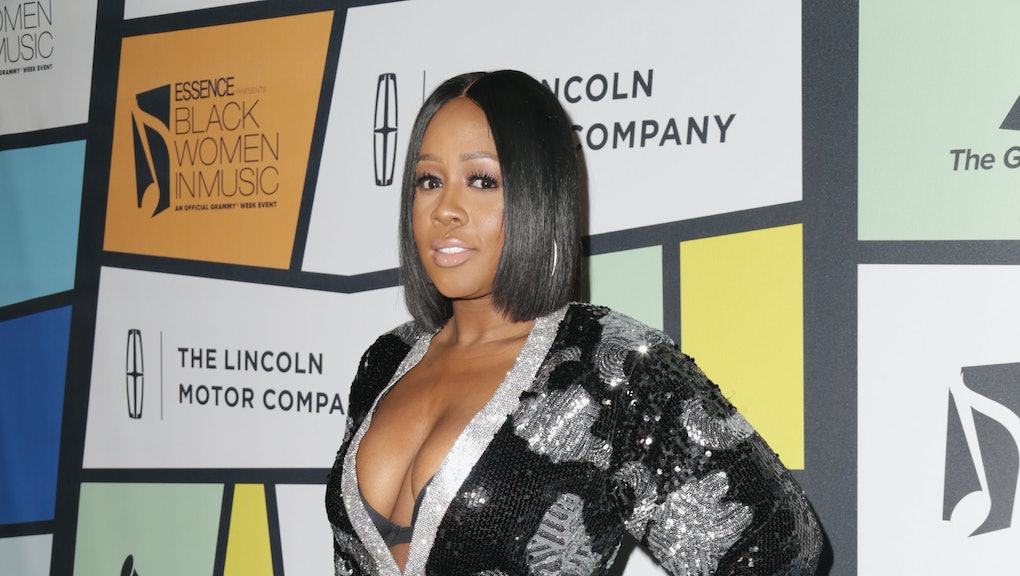 It seems like an afterthought now, but a few weeks ago when Remy Ma was still basking in the glory of her epic takedown of Nicki Minaj on "shETHER," after years out of the spotlight – she sat atop the throne of rap queendom. But she didn't only use the moment to highlight her lyrical prowess.

Instead, in an intimate interview on the Another Round podcast hosted by Heben Nigatu and Tracy Clayton, she pushed an issue that few people expected: Access to equitable reproductive health care.

For Remy, the issue at hand was the rights of access to in-vitro fertilization for low-income people.

On the podcast, Remy opened up about the complications she endured after two ectopic pregnancies destroyed her fallopian tubes. Doctors told her that her only hopes of delivering a child safely would be to go through costly rounds of in-vitro. Remy herself was able to afford the procedure, but she knows that most women can't. Check out her remarks at 1:05:00 in the video below.

"About 80% of women that can't have children would actually be able to have children if they could afford in-vitro," Remy said. She went on to say that the more she thought about it, the more it bothered her.

It's tough to confirm that 80% figure, but the average IVF treatment does cost roughly $12,000, which even people of moderate means might have trouble coming up with. And that was Remy's point.

"We have all these politicians that claim they're pro-life and that these women shouldn't be able to get abortions," she said. "There's nothing more pro-life than helping a woman who wants to have a child, have a child."

Most health insurance plans don't cover in-vitro, she continued. "I think that as women, if we came together on situations like that and we talked more," the stigma around losing or ending a pregnancy might not be so strong.

Remy is speaking to serious reality: It is dangerous to be black and pregnant. Research has found that the stress caused by racial discrimination at large, and also during pregnancies, leads to high-risk birth outcomes. Doctors falsely believe that black people are less sensitive to pain than their white peers. And the perception that black female sexuality is dangerous has led to several social and political attempts to control it.

Remy's example illustrates something important for us all to know in this political moment. Reproductive health access isn't a given, it's always been a fight. That's especially been true for black women. In a political climate in which women's bodies are being used as pawns by conservative lawmakers — just take a look at the conservative rhetoric around ending black abortions — it's more important than ever to pay attention to the ways that black women have fought for agency over their own bodies.

What Remy was also doing situating herself in a long and proud tradition of black women who've used hip-hop to break taboos about women's sexual agency and reproductive health. From the genre's infancy, these women have rapped about having the freedom to do whatever they damn well please with their bodies, and challenging anyone who dared to say otherwise. It's an especially powerful message given the realities facing black women's sexual practices and reproductive health.

Even after slavery ended, black women's reproductive health was tightly controlled for reasons that were often downright racist. Between 1929 and 1976, at least 7,000 mostly black women and girls were sterilized without their consent in North Carolina as part of that state's eugenics program, which sought to keep people the state deemed "unfit" for parenthood from having children. In 2014, a small portion of those women received cash settlements for their ordeals. But most women sterilized during the program's existence didn't qualify.

Throughout hip-hop's history, black women have fought for their own sexual agency. Now, as the attack against women's rights heats up in Congress, it's a better time than ever to follow their lead and speak out. It's also crucial to acknowledge the ways that they already have spoken out. Remy Ma may have grabbed the crown of the baddest woman in hip-hop, but she's standing on some strong shoulders.