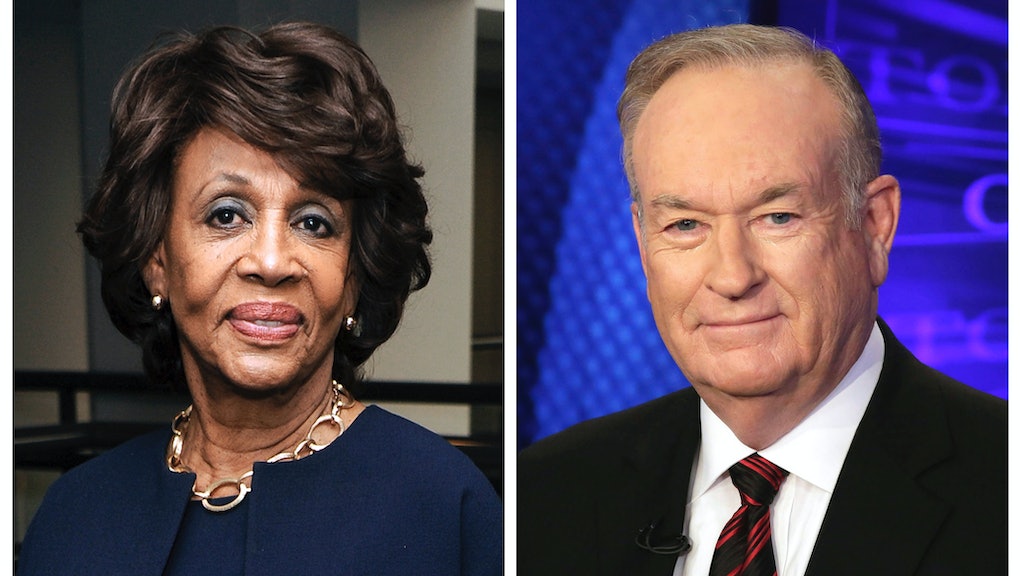 Here's the dirty little secret about racism and sexism: It's about more than just hurt feelings.

That fact is bubbling to the surface after two recent and high-profile instances of accomplished black women being publicly shamed by white men for doing their jobs. The first happened at the White House, when press secretary Sean Spicer scolded veteran reporter April D. Ryan for shaking her head during one of his fact-challenged briefings. The second happened when Fox's Bill O'Reilly told viewers that he didn't pay attention to liberal hero Rep. Maxine Waters' (D-Calif.) critiques of the Trump administration because he was too distracted by her "James Brown wig."

O'Reilly later apologized, admitting his comments were "dumb." But what his remarks really evoked was the very physical and financial toll that racism and sexism take on black women in the workplace.

Consider this: There are an estimated 16.6 million black women workers in America. But just 3% of all women of color are promoted to the C-suite, which means the percentage of black women is even lower. That's despite the fact black women are more likely than white women to aspire to leadership positions at their companies.

And that's just in the corporate world, which represents some of the economy's top earners. The median wealth for single black women is only $100, compared to $41,000 for single white women, according to a report from the Insight Center for Community Economic Development.

Those dire statistics are just one reason why being black in a predominantly white workplace adds a special kind of stress to a black woman's life. There's a psychological toll exacted by racist and sexist discrimination.

Washington University in St. Louis professor Adia Harvey Wingfield has researched workplace discrimination and found that the issue was more insidious than black people being stripped of their earning potential. "For blacks in professional positions, issues of poverty are not the problem," Wingfield wrote for the Atlantic. "Poverty does not explain biases in hiring, the need for particular types of emotional management and the careful self-presentation that minority professionals engage in at work."

Black women themselves are speaking out on Twitter, using the hashtag #BlackWomenAtWork to share stories of racism and resilience.

Waters even got in on the action, tweeting the message, "I am a strong black woman. I cannot be intimidated. I am not going anywhere."

Underlying all those personal anecdotes was the reality that sexism and racism exact a tangible toll on the black female bodies that receive it. Speaking at a professional women's conference in San Francisco, former Secretary of State Hillary Clinton addressed the controversy. "Too many women, especially women of color, have had a lifetime of practice taking precisely these kinds of indignities in stride," Clinton said. "But why should we have to?"

So, there's a simple reason why #BlackWomenAtWork took off on Tuesday: Waters and Ryan are two of the most visible black women in fiercely competitive white-dominated fields, and they're still being subjected to the racism of the old boys' club.