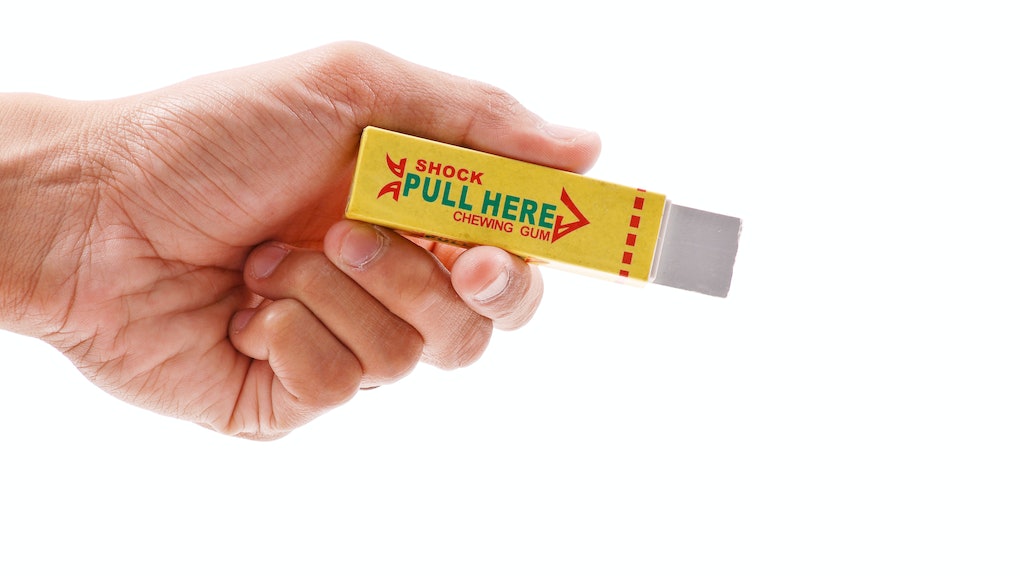 The little-known history of April Fools' Day — seriously, this is no joke

April 1 is widely known as April Fools' Day, the day when friends prank each other and companies scramble to show off just how "fun" they can be.

But the foolish celebrations have a longer history than you'd expect. According to the Museum of Hoaxes, clear references to the holiday date back to at least the 1500s,  when Flemish writer Eduard De Dene published a poem in 1561 about a nobleman who plays an April 1 prank on his servant.

And the references could date back even earlier. A line in the Nun's Priest's Tale by Chaucer referencing "Syn March began thritty dayes and two" — which could refer to the 32nd day of March, i.e. April 1 — has some speculating that the passage, written in 1392, could be the first reference to April Fools' Day.

April Fools' Day as we know it, however, dates back at least to Britain in the 1700s. A 1708 edition of British Apollo magazine, as quoted by the Museum of Hoaxes, asked, "Whence proceeds the custom of making April Fools?"

But the answer to that question is a bit tricky. Though April 1 tomfoolery clearly has a lengthy history, it's not really clear how it all began. Here are a few different potential origin stories for the lighthearted holiday.

One of the most popular theories for how April Fools' Day began is attributed to a change in the yearly calendar. The Western world, Snopes noted, originally used the Julian calendar, which started each year on March 25. As the New Year fell during a Holy Week, people would celebrate the new year's arrival on April 1.

When countries switched over to the current Gregorian calendar in the 1500s, the legend goes, some people didn't get the memo. April Fools' Day, according to this story, evolved from the actions of prank-pulling French peasants, who'd drop into see friends on April 1 and confuse them into believing it was the new year. Those who'd still celebrate the old holiday, the Museum of Hoaxes noted, would be marked with paper fish on their backs, and the gullible victims were known as Poisson d'Avril (April Fish) — which is still the French term for April Fools' today.

Another theory is that April Fools' Day evolved from one of the "renewal festivals" that took place around the world to celebrate the transition from winter to spring. According to the Museum of Hoaxes, many of these festivals were marked by "ritualized forms of mayhem and misrule" — much like April Fools' Day, whose regulated shenanigans have all the markings of one of these transitional celebrations.

A few of the festivals that have been suggested as April Fools' Day's originators, according to the Museum of Hoaxes, include Hilaria, a Roman celebration in late March marked by disguises and masquerades; the medieval Feast of Fools, a celebration where revelers would parody church rituals that evolved out of the Saturnalia, a Roman pagan winter festival; and a variety of regional British festivals during the Middle Ages, including Hocktide, or Hoke Day, and Shig-Shag Day.

Rather than a specific festival, another possible origin of April Fools' Day is simply the vernal equinox that marks the beginning of spring. In this theory, History.com noted, the root of the April Fools' Day would come from Mother Nature "fooling people" with quick and unpredictable changes in the weather.

If another theory is to be believed, April Fools' Day's roots stretch back far earlier than the 1500s. One biblical theory posits that the holiday has its origins in the story of Noah's Ark, in which Noah sent a bird out on a "fool's errand" to search for land and see if the flood had abated. According to Snopes, this theory was quoted in The Country Diary of Garden Lore, which suggested April Fools' Day "is thought to commemorate the fruitless mission of the rook (the European crow), who was sent out in search of land from Noah's flood-encircled ark."

Another theory, suggested in an edition of the Ladies Repository from 1861, points to the Bible tale in which Jesus was sent from Pilate to Herod and back again. In the Middle Ages, this story was frequently reenacted in dramatic performances around Lent in late March and early April.

"Hence it has been supposed that the foolish and absurd custom of sending each other on bootless errands during this day — the only one out of the three hundred and sixty-five in which practical joking is allowed without offense — is in imitation of Pilate sending the Savior to Herod, and Herod sending back to Pilate," the Ladies Repository notes, pointing to the phrase "sending a man from Pilate to Herod" as further proof.

In addition to these general theories about the holiday's origins, other countries have their own place-specific ideas about where April Fools' Day originated. According to the Museum of Hoaxes, the French, in addition to the calendar change theory, suggest that the holiday originated with the abundance of fish in French streams and rivers during early April, which sparked the phrase Poisson d'Avril. April Fools' Day, this theory suggests, came out a tradition of fooling people as a way to celebrate the plentiful fish.

Great Britain, on the other hand, points to a 13th century event in Gotham, the Nottinghamshire "town of fools" as the holiday's origin. Back in those days, the legend goes, any road the king traveled on became public property, so when King John planned to come through Gotham, the townspeople preserved their main road by refusing the king entry. When his soldiers arrived in response, the townspeople posed as lunatics committing acts of tomfoolery, persuading the king to declare the town "too foolish to warrant punishment."

Germany points to a cancelled meeting of lawmakers on April 1, 1530, which caused speculators who had bet on the meeting to lose their money and be ridiculed. The Netherlands' explanation of the holiday, meanwhile, alleges that it commemorates a 1572 military victory, in which Spanish troops, led by Lord Alva, were thwarted by Dutch rebels who captured the town of Den Briel, which eventually led to the former Spanish colony becoming independent.

In addition to their differing origins, different countries also have their own April 1 traditions. Scotland, Dictionary.com notes, calls the holiday "Gowkie Day," named after the gowk, or cuckoo, and continue their pranks into April 2 by putting "Kick Me" signs on friends' backs. Brazil celebrates the Dia da Mentira, or "Lie Day," on April 1, where people fool those closest to them in the name of comedy and fun.

April 1 pranks over the years

Throughout April Fools' Day's lengthy history, a few pranks have stood out. In 1878, the New York Graphic fooled readers around the country by suggesting Thomas Edison had cured world hunger by inventing a machine that could turn air, water and soil into food and wine. A 1906 article in the Wichita Daily Eagle told readers that a giant wave had caused 11 miles worth of frogs to start migrating up the river, leading people to camp out for hours before they realized it had all been a joke.

In 1957, the BBC's Panorama news program played a prank on its viewers with a three-minute segment on the "Swiss spaghetti harvest," a reported crop of spaghetti trees that had popped up in the Swiss alps.

When viewers called in to the BBC to ask about growing their own pasta plants, WRAL reported, telephone operators had a helpful bit of advice: "Place a sprig of spaghetti in a tin of tomato sauce and hope for the best."

In addition to news agencies, companies have also gotten into the April Fools' Day game. In 1998, Burger King customers fell for the company's full-page ad announcing a left-handed Whopper, while a 1996 announcement by Taco Bell that they had purchased the Liberty Bell — to be renamed the "Taco Liberty Bell" — sparked such an outcry that the National Parks Service had to hold a press conference in response.