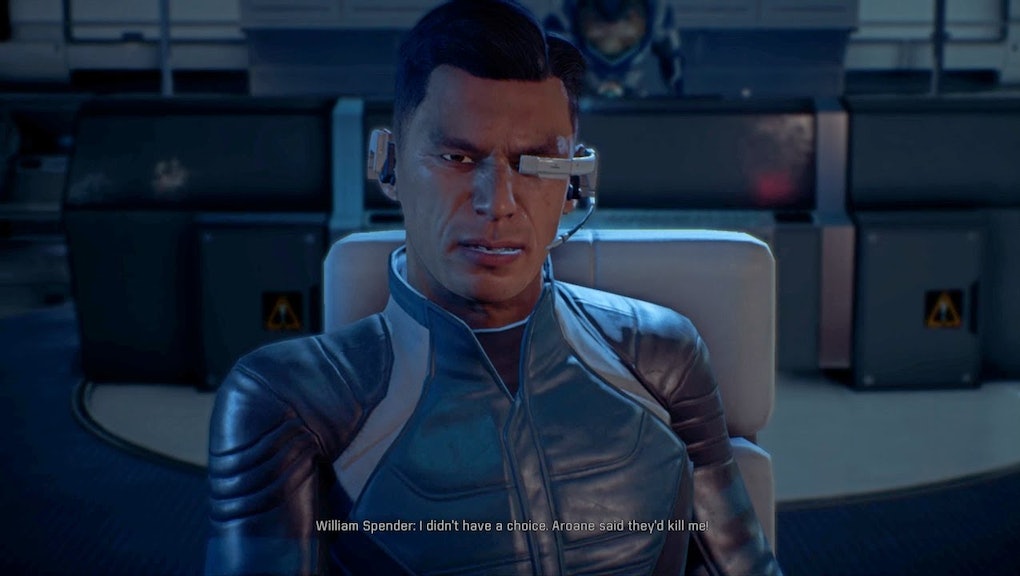 'Mass Effect: Andromeda' Spender: Jail or exile, and the consequences of your decision

On your way through Mass Effect: Andromeda, you'll occasionally be asked to complete special requests for your squad members. These loyalty missions will help cement relationships with your crew mates, and you'll get some interesting bits of story along the way, too. In Nakmor Drack's case, you'll need to finish his loyalty mission to get closer to him — but it comes with a choice at the end. How will you handle a crew member with whom Drack has beef? Should you jail or exile William Spender? We've got the details.

Mass Effect: Andromeda: Should you exile or jail Spender?

As you follow the entirety of Drack's mission set, you'll eventually uncover the truth about Spender and the things he's been doing that affect the entire Andromeda Initiative. You'll build up enough evidence to end up either exiling or jailing him. The choice is yours.

In this case, there aren't any real consequences to your decision later in the game, according to the Prima Games strategy guide, so do what you feel is right. I chose to jail him, but your mileage may vary.