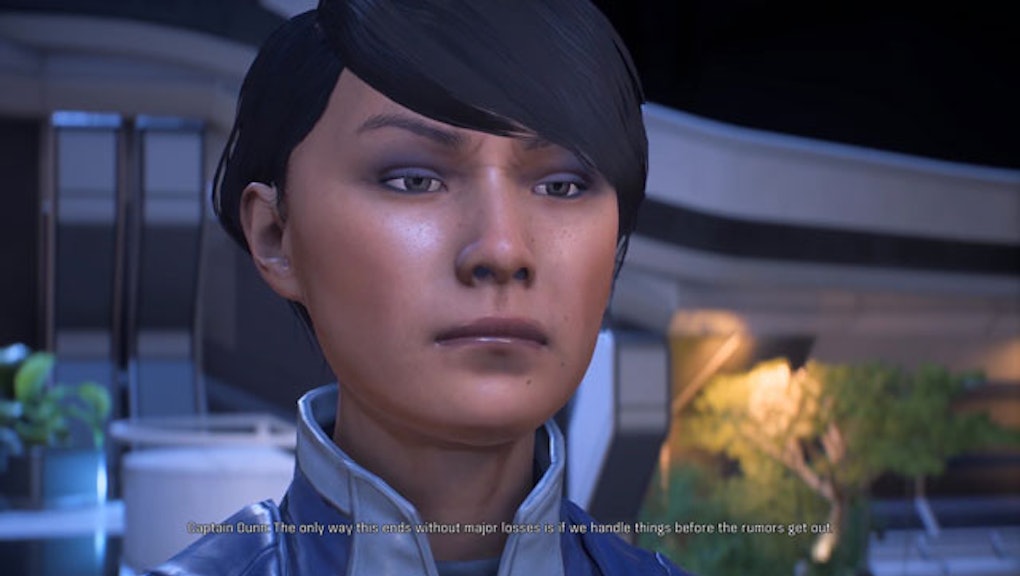 'Mass Effect: Andromeda' Contagion Mission Guide: How to unlock and complete it

Mass Effect: Andromeda will take you through several different areas and planets, each with some fairly hazardous quests for you to complete. This includes mysterious contagious things you don't really want to be around. Here's how you can navigate the "Contagion-related" mission in Mass Effect: Andromeda, according to personal experience and Prima Games' official guide.

Mass Effect: Andromeda "Contagion": How to unlock the mission

You'll need to have already opened up the planet Kadara to get this mission. Wait until you see an email from Captain Dunn when you get to check your messages on the terminal. She'll want you to come speak to her after you complete the "Hunting the Archon" mission.

Mass Effect: Andromeda "Contagion": How to beat it

You'll find Dunn on the Hyperion in the atrium. She'll let you know about an issue with a tech who snuck aboard a very sick relative, who in turn brought a weird illness aboard. The fun part? It could be contagious eventually. It's your job to keep anyone from finding out and to stop the spread of the disease as soon as possible.

You can talk to Dr. Carlyle for more information about the disease, which is called TH-314. It's extremely deadly and can infect additional species beyond humans. It's infected the medical technician's aunt, and no one knows where she is. The aunt is in stage one of the disease, which presents paranoia and other symptoms, and it becomes extremely contagious at stage three. You've got to get things under control before it reaches stage three.

To do this, you'll have to gather information on the subject. Her name is Ruth Bekker. Meet with the immigration staff member at the Nexus Commons. She'll have additional information for you, but there's an issue with Ruth's medical file. Ruth is supposed to stay in the commons area because of her situation. SAM will help you find where she went by scanning her footsteps. Follow the shadows Ruth leaves and then finally scan her when you reach the bar area to finish out this quest for now.

You'll then have to go to the Vortex and question patrons about her. Lexi is there drinking so make sure you speak with her before she gets up and leaves. Speak to the patron Lator as well. You could also speak to the person named Dutch, but there are different outcomes depending on who you choose first. If you talk to Lator and ask about Ruth looking okay, you'll get a different option than if you had said you must find Ruth. You can tell Lator it's an emergency or not. If you tell him it is, he'll call on a character named Teron to let him know what's going on. The point here is to make sure Teron is familiar with you for later. After you speak with Teron, your AI assistant SAM will announce that Ruth is now in stage two of TH-314. Time to hustle.

Go to Addison's office near the window by the front desk and find Teron there. He'll comment on Ruth being on her way to the commons area. Your next trip from here is the Docking Bay, where you need to find a man named Samuel. Find him outside the cultural center's doorway. According to him, some lady stole a shuttle and it has probably left a special radiation trail. Head for the Tempest, because that sounds like our girl.

When you get to the Tempest, Suvi will let you know it's all set up to track the stolen shuttle. You'll have to scan several different systems until you make it to the Govorkam system and Kadara. Head to Kadara. Look for the navpoint in the north. Then find a wrecked shuttle there. Ruth is contagious, but SAM says there aren't any life signs there. You learn from the cockpit recorder that Ruth has been taken from her location.

Start scanning tracks again and look at the building ahead you can just barely make out in the distance. Go into it and fight off all the Roekaar Raiders. Find the side door and head into the door, and check out the "Contamination Room" and "Medical Report" items.

Leave the room, go upstairs, and find an unlocked door. You'll meet a Roekkar and Ruth, who's being held at gunpoint. She knows she's contagious and tells you to leave. Roekaar yells at you that she will indeed die if you don't free him. Ruth says he has a sample of her virus and asks that you shoot him. You can choose to not let the leader leave, which means Ruth gets killed and you have to battle the Roekaar. Or if you choose to let him leave, Ruth will live and she'll be placed in a stasis pod. Either way, this mission will grant you a hefty amount of experience and Andromeda Viability Points.