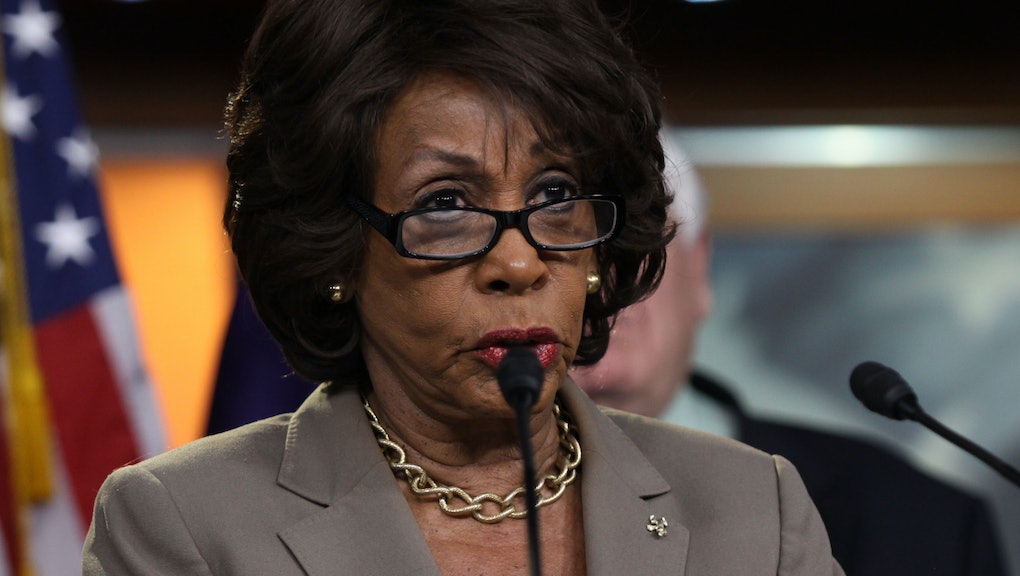 The longtime California lawmaker was the subject of a great profile from BuzzFeed reporter Darren Sands, who traces how the 78-year-old's outspoken defiance of the Trump administration has suddenly turned her into a viral sensation. Among the more intriguing anecdotes is this one, relayed by Million Hoodies Movement for Justice activist Dante Barry. He said that Waters made an appearance at a recent panel in D.C.

"Toward the end she appeared to be unable to recall her final statement," Sands wrote. "Then she remembered to everyone’s delight: 'Oh, yes, stay woke.' She walked out with the room on fire.'"

Waters — Auntie Maxine to the interwebs — has risen from the specter of a long and contentious congressional ethics investigation to bonafide social media star. Her abrupt press conferences, pull-no-punches sound bites and sidelong glances have turned her into one of the most outspoken Democrats on Capitol Hill and modeled the sort of no-holds-barred activism that more people are eager to see from their elected officials.

As it turns out, "stay woke" has become something of a catchphrase for Waters. In another speech on March 28, this time at the National Community Reinvestment Coalition, Waters told her audience: "I'm gonna teach you what the young folks have taught me: stay woke!" The crowd erupted into cheers.

Waters is proof that it's never too late to have your moment in the spotlight.