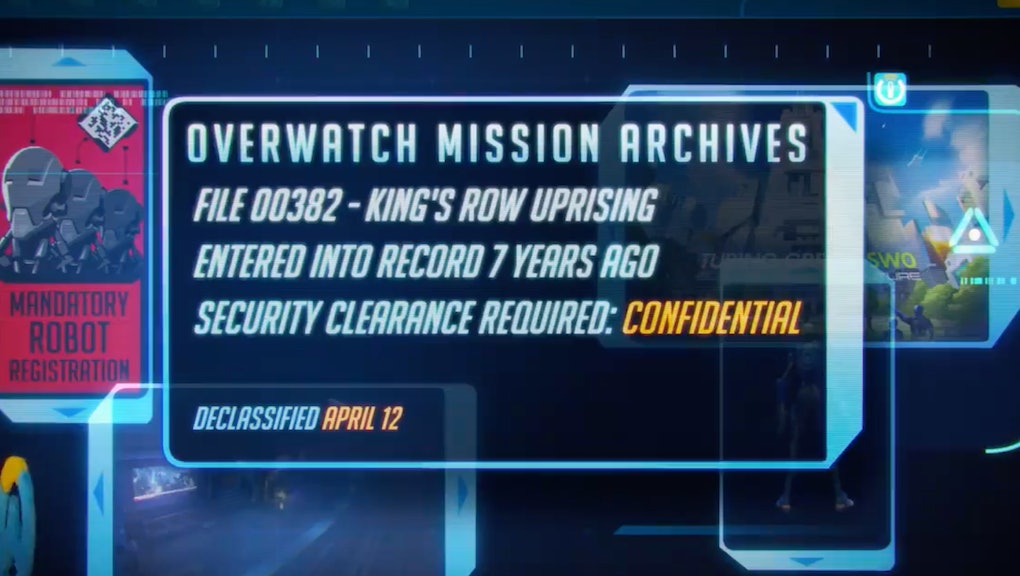 It looks like Blizzard just posted a teaser video for a new Overwatch in-game event centered around "mandatory robot registration" that will kick off or be revealed on April 11.

The tweet itself doesn't confirm this is an event, but given the way events have been teased in the past, it certainly seems likely. Here's what we know so far.

From the looks of it, the new Overwatch event — if that is indeed what this video is teasing — will center around some sort of occurrence within the Overwatch universe itself, rather than a link to a real-world holiday.

The video appears to mimic some kind of newscast or informational computer display, showing text about "file 00382 - King's Row uprising," some kind of Omnic-related event that was "entered into record seven years ago" and is set to be declassified on April 11.

Initially, a Blizzard Facebook account published and soon thereafter deleted the teaser, which made it look as though the video was posted early by accident.