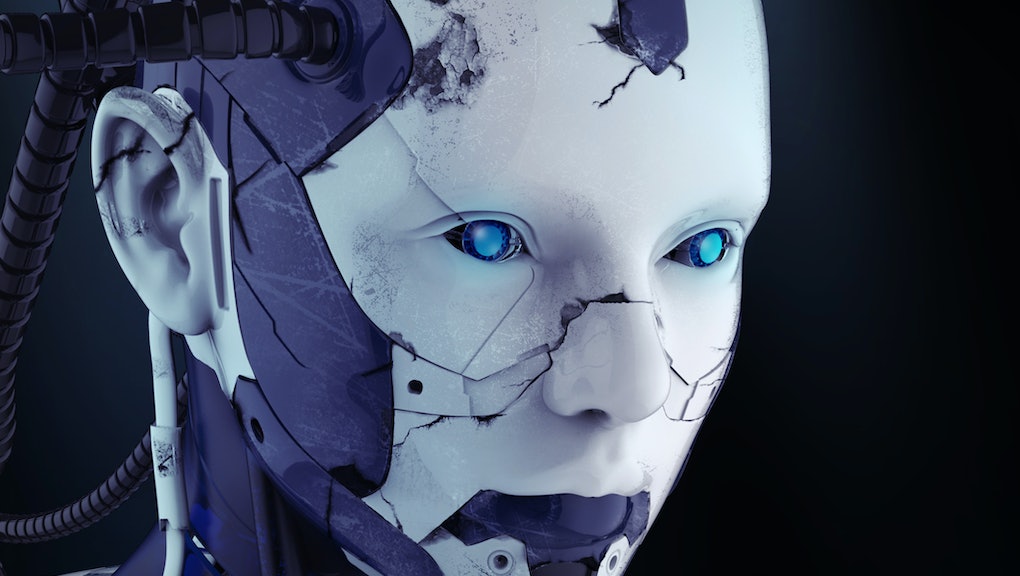 Is your future work ID a microchip implant in your body? These workers have made the leap.

It's only human, not to mention frustrating, to forget passwords or misplace your phone, keys or work ID. But is implantable chip technology the solution to make life more convenient — and would you allow your employer to implant a tiny chip into your body to transform you into a cyborg of sorts?

That's a question being actively explored at a Swedish company, Epicenter, where workers are already letting their employer implant a tiny microchip — the size of a grain of rice — in their hands. The chip allows employees to open doors, use technology with ease and even purchase food without having to fumble for key cards, credit cards, phones or passwords. Workers are even hosting implant parties for their newly chipped colleagues.

"The biggest benefit I think is convenience," Patrick Mesterton, cofounder and CEO of Epicenter said to the Associated Press. Although he expressed initial concerns about having technology implanted into his body, Mesterton likened chip implantation to having a pacemaker to manage heart functions, which is, "way, way more serious thing than having a small chip that can actually communicate with devices."

Of the company's 2,000 employees, 150 have undergone the procedure, which involves syringes that inject a chip into the hand next to the thumb. "People ask me, 'Are you chipped?' And I say, 'Yes, why not,'" Fredric Kaijser, 47, chief experience officer at Epicenter, told AP.

The microchips work by using near field communication, also found in tap-and-go technology like Apple Pay, with data that is readable via electromagnetic waves.

While Epicenter employees say they enjoy the convenience of being chipped, experts warn that such technology has further-reaching implications than simply being able to order a smoothie with a hand wave: In theory, at least, AP reports, employers or hackers in the future could track health data, exactly how long employees work and even how often they use the bathroom.

Implantable chip technology has been available to pet owners for years. And at least one European tech executive has experimented with NFC chip implantation in his hand — to help speed through airplane boarding. But the scale of the Epicenter initiative takes the tech to a new place.

That's because a chip in your body is a lot more intimate, posing potential privacy risks if you don't want anyone to know about your health or whereabouts, he said.

Indeed, in their book The Dynamic Human, authors Maciej Henneberg and Dr Aurthur Saniotis argue that the future is arriving quickly, so to speak, and humans are becoming increasingly dependent on devices. They cite the increased integration of human tissue with technology like cybernetic implants connecting brains to computers, nanotechnology and medical prosthetics. That's one reason future laws will need to adapt to help protect people in the age of cyborgs, as a 2014 a Brookings Institute paper argues.

In the meantime, you'll have to decide for yourself how comfortable you are with becoming a cyborg. If you can't beat them, should you join them?

Sign up for The Payoff —  your weekly crash course on how to live your best financial life. Additionally, for all your burning money questions, check out Mic's credit, savings, career, investing and health care hubs for more information —  that pays off.